In today’s world, the term “globalization” is more than a buzzword. It is a concept that looks at the ever-shrinking boundaries between countries, cultures, and languages and seeks to investigate how this merging of peoples and societies is represented in specific aspects of the world. One of the most common industries in which it is possible to see the effects of globalization clearly is cinema. Film has perhaps always been an important tool to use when exploring culture and society, but its impact upon the global market has recently increased in significance. The growing crossover between countries when it comes to actors, genres, and cinematic concepts has become so apparent in the film industry, and particularly in Hollywood, that more than a few industry experts have taken the time to comment upon the phenomenon. This article will look specifically at the increasing crossover between Asian cinema and Western cinema, exploring the idea of the “Asianization of Hollywood” that began in earnest around the end of 20th century.

History & The Beginning of the Trend

As the 20th century dawned and communications between different countries and cultures, regardless of geographical distance between them, became more and more common, the film industry began to experience the effects of globalization. By the time the late 1900s rolled around, and specifically during the 1980s and 1990s, the demand for Hollywood cinema in Asia was rising.

As a result, Hollywood began to heavily “borrow” from the films produced in this region, something that is particularly visible in the horror genre. Some of the most successful horror movie franchises of the past several decades have been Hollywood remakes of movies originating from various parts of Asia, including The Ring (2002, Japan), The Grudge (2004, Japan), Mirrors (2008, South Korea), and The Uninvited (2009, South Korea). Even in movies that are not explicit remakes of Asian films, Hollywood’s horror industry has incorporated aspects of the Asian idea of horror into many (if not the majority) of their releases over the past few decades. [2] As an aside, please note that the aforementioned movies are followed by the release date of their Hollywood remakes and their country of origin.

While incorporating elements of Asian culture in film has been a popular way to generate a sense of “mystique” and “exoticness” in Hollywood movies for decades, it is fair to say that Hollywood began to “important” Asian movies and celebrities en masse around the last few decades of the 20th century and has continued to do so throughout the first few decades of the 21st century. But what exactly are the driving factors behind this adoption of Asian culture and talent, and why did the “trend” catch on so firmly in the United States? The next few sections will seek to address these questions.

Driving Factors Behind the Rise of Asian Culture in Hollywood 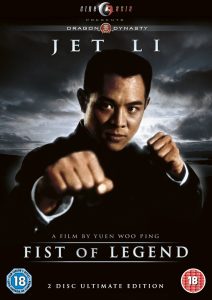 The driving factors behind the rise of Asian culture in Hollywood cinema are varied. Some might point to the financial gain that Hollywood saw in expanding their movies to target Asian audiences as a catalyst, and that the resulting increase in the number of actors of Asian origin as well as motifs and cinematic concepts from the same as the attempts of the industry to become more attuned to Asian appetites for cinema. This theory places the Asianization of Hollywood as something deliberate that was instigated by Hollywood itself in an effort to create films that intrigued both domestic as well as international audiences. Proponents of this theory also point to the rising demand for Hollywood movies in the Asian market, as described earlier in this article, as proving that this supposed “Asianization” is a two-way road that works largely because Asian cinema has in turn been influenced by Hollywood. These influences led to movies that are simultaneously both the same and different, and appeal to both markets as a result. [2,3]

Why does the trend work?

Regardless of the specific origins of the rather systematic Asianization of Hollywood, the question about how exactly it gained a foothold in the minds of Western moviegoers remains. The answer to that question, however, is much the same as the explanation to the above section. The underlying question here is really about how something so different from Hollywood movies made an impact upon Western audiences and ultimately became a trend that has proven itself surprisingly resilient. To answer it, it is important to take a look at just how varied Asian cinema is from Hollywood cinema.

On one hand, it is fair to say that the sheer differences between prominent mainstream cinema in Asia and prominent mainstream cinema in the United States are numerous and draw viewers in through the novelty of exploring a culture different from their own. On the other, however, it is equally fair to point out that while differences certainly exist between the films produced in their respective countries and influenced by their respective cultures, they are also very similar in certain ways. It is the relative “sameness” of the movies that is the most attractive draw to moviegoers in either region. The structure of the stories in Asian horror movies is fairly consistent with that of Hollywood horror movies, for example, in that both tend to present them as firmly protagonist and antagonist based. There tends to be a protagonist who is targeted by the antagonist, in other words, with whom the audience is supposed to sympathize. The protagonists are designed to induce compassion and attachment, and the protagonist is used to inspire the horror and anxiety. This formula can be seen in both the Hollywood remakes and the original versions the horror movies mentioned previously in this article. [3]

With all of the above said, the differences between movies from the two regions are important to the trend’s success as well. Audiences tend to relate to films from Asia because of the aforementioned familiar structure, but they tend to find them intriguing because there are just enough differences to catch the attention. Again drawing upon the connection between Hollywood and Asian horror movies, the behavior of ghosts is one aspect where the differences are far more apparent than the similarities. Hollywood ghosts don’t “crawl”, for example, nor do they make the infamous and immediately recognizable sound that made the ghosts in The Grudge so harrowing. These differences are enough to present a feeling of “otherness”, and catch the attention of Hollywood audiences. The more nuanced and detailed stories in Asian horror movies is another aspect that makes them (and their Hollywood remakes) notable in the eyes of Western viewers. [2,3,4].

The Asianization of Hollywood is a concept that is a bit misleading. As this article shows, while it is true that Hollywood has embraced Asian film and the concepts and motifs therein, it is important to note that the Asian film market itself has been impacted by Hollywood. This crossover has created movies that are more similar than they are different, and that are designed to appeal to two markets simultaneously.