Menu
Browse: Home   /   Nothing to My Name: The Curious Case of Chinese Rock n’ Roll

Nothing to My Name: The Curious Case of Chinese Rock n’ Roll

The legend began in May 1986, when a young man, whose artistic inspiration ranged from The Beatles to Simon and Garfunkel,  came on stage in Beijing Worker’s Stadium with a baggy shirt and pants rolling up to his knees, and performed his song, Nothing to My Name. Ten years after the end of Maoist China, a new era in Chinese popular culture began. This young man, Cui Jian, was later deemed as the Godfather of Chinese Rock.

However, it was the ingenuity and femininity of a woman that had bred a generation of audience with appreciation for such an expressive tune. 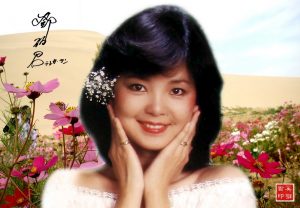 Teresa Teng, the most influential singer and musician in Chinese cultural sphere in 20th century

In Maoist China, from 1949 to 1976, popular culture in general was highly regulated by the Communist government. Instead of artistic expression of humanity, the narrative of popular music was nothing but propagandistic and preaching. Popular music was utilized to generate a sense of identity with the revolutionary discourse of Maoist doctrine. When in mid-1970s, Teresa Teng’s songs were spreading on radio in mainland China for the first time (as part of Nationalist propagandist programs from Taiwan), people realized what being a living person with emotion and desire meant, instead of a signified tool in class struggle.

From 1986 to 1994, it took eight years for the force of Chinese Rock n Roll to go from nothing to their names to higher being. On December 17, 1994, three of the most talented artists from the independent label Magic Stone Records, Dou Wei, He Yong and Zhang Chu, performed live at Hong Kong Coliseum. Also known as Hung Hom Coliseum, it is the second largest indoor facility in Hong Kong and the dream land of any singer or musician from Greater China, the Super Bowl of East Asian popular music.

However, this was the last time that Chinese rock stands so close to the top of the world. The chain of events in late 1980s and early 1990s changed the political atmosphere in mainland China. This is a perfect example where popular culture as the site of struggle over hegemony, is shaped by such a struggle not only from the top/elite, but also from below. On one hand, the government  tightened regulation on cultural sphere to secure a hegemonic discourse on social issues. On the other hand, the mass turned to traditionalism for answers to their problems. Thus the rebellious and anti-establishment nature of rock music makes it an easy target.

Nonetheless, it survived and turned to underground. The late 1990s saw the establishment of two franchises that would take rock n’ roll into the future where there seemed to be none. Midi School of Music in Beijing was founded in 1993. In 2000 it held an outdoor music festival on its campus. Most of the performers were its own alumni. It soon became the most celebrated annual event. Meanwhile, an independent label called Modern Sky was founded by musician Shen Lihui in 1997. In 2007, it held the first Modern Sky Festival in Beijing. Soon it became the biggest name in music festivals, owning several franchises under its belt. In 2014 Modern Sky held its first music festival in New York City.

The (re-)emergence of rock music in mainland China at the turn of the century is a simple case of social evolution. After decades of economic development, the elite and the mass finally found a mutual ground and agreement on the direction of the country’s social reforms. The power relation seemed mutually beneficial. In 2001, Beijing was granted the right to host 2008 Olympics. Massive infrastructural development projects followed and further simulated the economy. The success of 2008 Beijing Olympic was regarded by many, Chinese and otherwise, as an achievement of modernity. The ongoing process of gentrification of urban Chinese changes not only their material life, but also the spiritual one. During the first decade of the new millennium， a younger generation of Chinese, who grew up in the late 1980s and 1990s, have achieved more than their fathers have for their entire life. Under the circumstance, rock music, as a form of popular culture, became highly commercialized and essential in building collective popular memory and reworking tradition.

Piracy and Dakou: Media and Communication of Transpacific Pop Culture

For historical and political reasons, Chinese popular music in post-Maoist China was born with “original sin”. When Teresa Teng was first heard by mainland Chinese, listening to “enemy stations” was a punishable crime in Maoist regime. Even after Mao’s death, the authority still saw Teng’s music as part of the corrupted capitalist culture and criticized it in public media. Back then, radio cassettes was the best medium for Teng’s songs: they easy to acquire and convenient to record with. Those illegal copies soon became a hot commodity, even after the unofficial ban was lifted. The reason was simple: no one could afford a legal one. For a short period of time, owning a copy of Teresa Teng’s album became a necessity for proposing marriage.

A girl’s best friend…before everyone and their mothers grew a taste for the stone.

The popularization of piracy began in early 1990s when home entertaining devices became more sophisticated and affordable. Piracy industry in Hong Kong supplied the huge market in mainland China through its distribution to Shenzhen. While the Hong Kong connection provided mostly movies, another source, from the U.S. with love, supplied the growing demands for western music. 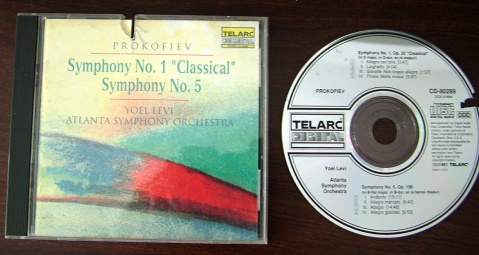 Record companies in America and Europe often ships their surplus products to third-world countries for disposal, and China was a popular destination in the 1980s and 1990s. It didn’t take long before the garbage disposers found them worth more than what it seemed, since they were the only source of western music in China. Before the record companies shipped them out, those cassettes and CDs were often clipped on the edge or drilled in the middle, hence the nickname “打口 (DaKou, cut-out)”.

Dakou played an important role in shaping the outcome of development of Chinese rock music since there was no substitute for a medium to connect Chinese music fans to western music until internet. Apart from the fact that highly commercialized western popular culture was too costly for an average Chinese to get involved in, governmental regulation and censorship on foreign cultural products minimized the chances of exposure to western culture. In this sense, Dakou, as well as piracy, not only provided an aesthetic alternative, but also helped to destruct the hegemonic authoritarian discourse, especially when protecting intellectual property is used as an excuse to impose the hegemony on commercialized popular culture.