Cheongsam: Then and Now

An icon of Chinese fashion in today’s world, the cheongsam actually has a history that has it’s roots in globalization and the emergence of feminism in China in the early 1900s. After the collapse of the Qing Dynasty, China’s closed society opened it’s door to the worldand began to experience fast-paced globalization and modernization. As a result, women had more freedom, and began to wear men’s long robes (known as qipao, which during the Qing Dynasty was worn by the Manchu noblemen) as a feminist statement. From there, it evolved into a more form-fitting dress that incorporated the Western style silhouette while preserving the traditional Chinese style of collar, buttons and hem, as well as the silk used to make the dresses. 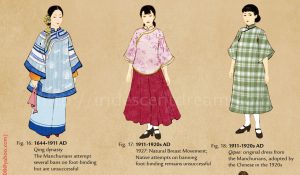 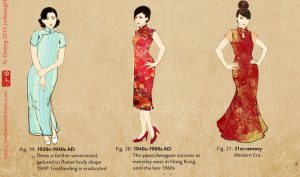 Much like martial arts, the cheongsam owes much of it’s popularity to the world of entertainment that is Hollywood. “Asian themes” have been increasingly more prevalent on movies since the 1900s, showcasing different cultural entities that are tied to Asia(China being the most prevalent), martial arts, ethnic costumes and philosophy to name a few. What I found fascinating was the critically different role that costumes played compared to everything else.

Focusing on the cheongsam, what makes it stand out as a representation of the Chinese identity is the collar and the buttons, and despite it having had many variations throughout history, the top part of the cheongsam (the collar and button design) has always remained the same because it preserved the cultural identity of the garment. Unlike other cultural entities, ethnic costumes represent the identity of the culture explicitly and allows the wearer to embody that identity. While most movies that depict aspects of Chinese culture shows characters wearing some form of cheongsam, one example truly impacted my thoughts on how movies use ethnic costumes as a way for actors, no matter the race, to embody the cultural identity of the character in a way that is not entirely honest. Based on a best-selling book, Dragon Seed would be torn-apart by the public in today’s world for the simple fact that it’s leading lady, Katherine Hepburn, donned “yellowface” to portray a Chinese woman in a Chinese village during WW2. Even with the horribly racist changes that were made to her face, slanted eye-lids being the major change, she of course looked caucasian, and the only part of her look that portrayed a Chinese identity was the costumes she wore, one of which was a very early variation of the cheongsam. 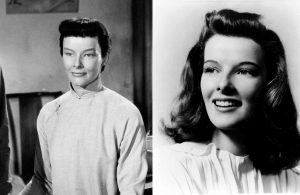 So the conclusion I came to through this thought process is something that was said in class, that appropriation exists not in the adaption and learning of the practice, but by how its reproduced and re-marketed. What I interpret this as is that appropriation doesn’t apply when it’s someone learning the culture and taking inspiration from that, but when it’s someone taking a cultural phenomenon and using it to give life to and perpetuate stereotypes tied to that culture for unethical reasons. What this shows is that there’s a right and a wrong way to enjoy different cultures, and Dragon Seed definitely is a eye-opening example of the wrong way.

The right way to enjoy the diversity and beauty in cultural differences can be seen in many other movies and in today’s world of high fashion. The cheongsam as a garment has proven to have timeless style, considering its’ popularity to this day since it’s first popularization in the 1930s. It has been worn by characters in many movies, few of the most prominent being ‘In the Mood for Love’, ‘Dangerous Liaisons’, and ‘Spider-man’, as well as celebrities on the red carpet and magazines. It’s also worn by Chinese dignitaries on official visits and ev 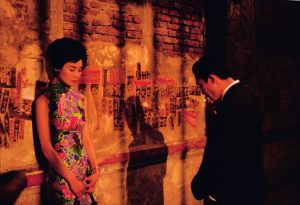 ents, to represent their ethnic identity on the international stage. As for the fashion industry, it has been showcased in the collections of some of the biggest brands and designers in the world. Most recently, cheongsams were seen in Dolce & Gabanna’s 2016 fall collection and Gucci 2017 fall collection, and many others. 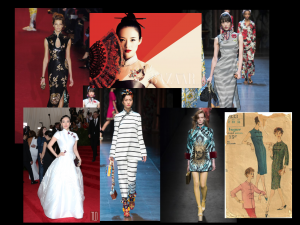