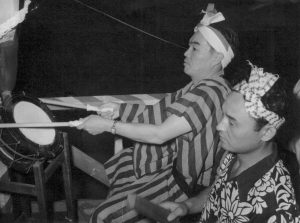 Since its re-birth in the 1950s and 1960s, Japanese taiko drumming has experienced an undeniable surge in popularity in both Japan and throughout the world. This popularity, particularly in North and South America, grew largely out of the significant contributions and sacrifices of Nikkei—diasporic Japanese persons—who have lived in those regions for over a century. Indeed, despite its seemingly free-flowing growth, taiko’s evolution in the United States and Brazil—two countries with especially prominent taiko communities and long histories of Japanese migration—has been subject to each country’s respective national politics and legacies of anti-Japanese racism. 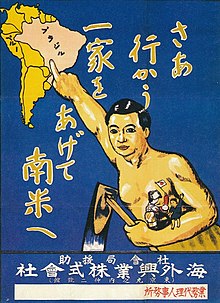 The progression of Nikkei-Japan relations since the beginning of Japanese emigration to North and South America reveals the recurring theme that mainstream Japanese society has always viewed Nikkei populations as dispensable extensions of the Japanese geopolitical body. From the colonial project that underlay pre-war Japanese migration to the United States and Brazil to the sudden ejection of Japanese-Brazilians from Japan despite initially perceived ethnic unity, mainstream Japanese society has consistently disregarded Nikkei communities as inauthentic Japanese groups that can be called upon to serve Japan’s national interests. With this understanding, one can now examine how Nikkei-Japan relations affects the transpacific taiko community.

“Nippon Foundation wants to spread their correct way of playing taiko. They have this notion that they have some kind of monopoly on taiko. So, it is their duty to teach taiko to the world.

For example, Ishindaiko held a festival for Kawasuji Daiko [an older Brazilian taiko group that helped start Ishindaiko] in Londrina. Nippon Foundation didn’t like that because we were holding a festival for a teacher that was not theirs and was not from Japan. So, they even sent one of their own teachers to come scold us.”

Such incidences highlight the Nippon Taiko Foundation’s philosophy that Japanese-Brazilian taiko should only thrive if supervised by the teachers that the Foundation provides.

To understand the relationship between Japanese taiko institutions and Japanese-American taiko groups, I engaged Roy and PJ Hirabayashi, two early North American taiko pioneers and co-founders of San Jose Taiko. The Hirabayashis founded San Jose Taiko in 1973 with the explicit purpose of providing a creative cultural outlet for third-generation Japanese-Americans. Along with Kinnara Taiko, a Los Angeles-based group, San Jose Taiko was one of the few original United States taiko groups to have this purpose.

Thus, unlike Brazil, taiko in the United States was not initially developed with the direct involvement of Japanese taiko organizations. In fact, the history of contemporary taiko in Japan, which began with the founding of Grandmaster Daihachi Oguchi’s first taiko ensemble in 1951, is not significantly longer than that of contemporary taiko in the United States, which started with the founding of San Francisco Taiko Dojo under Grandmaster Seichii Tanaka in 1968.

The Hirabayashis faced endless challenges when founding San Jose Taiko, from a lack of institutional taiko knowledge to the scarcity of taiko equipment absent strong pre-existing connections to Japan, which almost no Japanese Americans had at the time. PJ Hirabayashi recalls:

“There weren’t many other taiko groups at the time other than San Francisco Taiko Dojo and Kinnara Taiko. Kinnara resonated with us the most because they were Nikkei; they were all Sansei.

So, here we are making drums based off of Kinnara Taiko. They were not making Japanese drums from Japan, but made them from wine barrels. We also didn’t have bachi or really anything at all. We had to make our own instruments so you do feel this sense of littleness. You don’t feel like you’re doing the real thing, but you’re hungry to learn and want to be very respectful.” 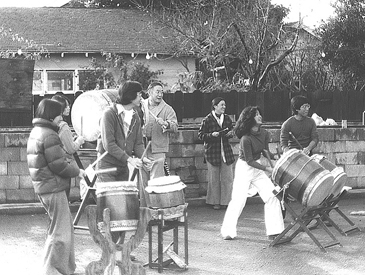 “I always felt disrespected by Japanese taiko players when they met us. They would say, ‘Yeah you play taiko but those are beer barrel drums so they aren’t real drums. You look Japanese, but you don’t even speak Japanese so you must not be authentic. You use instruments that aren’t even traditional Japanese instruments so the music just sounds so different.’

We naturally understood that response very early on and, on purpose, chose to not do the same thing as what was happening in Japan. We took a path that utilized what we had available to us at that time to tell our story.”

While the histories of Japanese-American and Japanese-Brazilian taiko, as seen through the eyes of Lucas Muraguchi and Roy and PJ Hirabayashi, are marked by Japanese taiko institutions’ foundational philosophy that Nikkei taiko is inauthentic and illegitimate, both Muraguchi and the Hirabayashis agree that conditions have improved. That Nikkei-Japan relations in transpacific taiko seem to improve as knowledge of Nikkei history amongst Japanese taiko professionals rises, suggests that a tangible solution to currently uneven Nikkei-Japan relations beyond taiko is in sight. Both Japanese taiko professionals, as well as Japanese-American and Japanese-Brazilian taiko groups must continue to both learn as well as teach the historical context of Nikkei taiko’s development and evolution. In doing so, San Jose Taiko’s barrel drums will perhaps be viewed one day not as poor imitations of Japanese taiko drums, but as important and authentic contributions to the international taiko community as well as Nikkei identity.