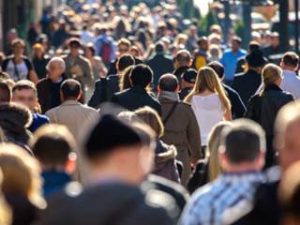 Reading through Michael Warner’s Publics and Counterpublics, I don’t know if I believe in such a thing as a ‘public’ anymore. His description of ‘public’ by virtue of joint attention to me sounds more like a collection of individual experiences, which are experienced separately and internally, not in some collective sense as is presumed by the term ‘public.’ Maybe this impersonal experience of the same thing without an accompanying sense of community or togetherness is what he means by ‘public.’ However, defining the public this way seems disjointed and dissolved to the point of uselessness. What does it mean to address ‘the public’ if your addressees remain distant and anonymous? Why would you waste your time initiating a discourse if you do not also create an invested/engaged community?

At one point last semester when I was doing my Methods project, Susan asked me who my public was. She thought I should direct my efforts at Brown students but I wanted to try to reach “further” than that. The public was what I was going for since it was a ‘public’ program. But there’s a problem there that’s really only become obvious to me now. Brown would be an easier target because it is a community not a public. It’s self-organized in a way, but it’s also institutional, which is a no-no for Warner’s interpretation of publicness. I can promote an event within a community, within several communities even, but addressing “the public” is like addressing no one. (At least given my interpretation of Warner’s interpretation.)

But yet, people came to my cold call to no one (a.k.a. my Methods project directed at ‘the public’). Not a lot, but some, Brown and non-Brown alike. I like to think that by virtue of coming together, experiencing something in unison, this amorphous and anonymous ‘public’ ephemerally became a community. Strangers that became less strange, as Warner might put it. I wonder if it may be more productive in the Public Humanities to talk about community building (even if the community only lasts as long as an exhibit) rather than simply “addressing the public.” I don’t want to be anonymous or impersonal and I don’t want my work to be either. I’d rather people’s internal perception of what I do (professionally or otherwise) draw them into a shared narrative rather than alienate them as a member of an unseen, disconnected ‘public.’