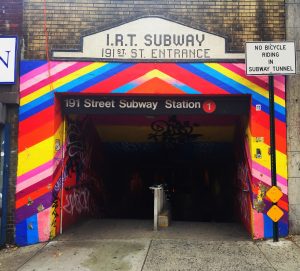 “The new public art is local and vernacular. Obsessively ordinary, it may be vulgar, irreverent, and even repulsive. It is suspicious of beauty as aesthetic affectation, a false friend, culturally relative, and maybe a distraction.”

As I read through Public Art, I wondered if it would not be useful to make a distinction between public art and public design, rather than between critical public art and (uncritical?) public art. Hein begins her chapter on “Innovation in Public Art” with an epigraph by Krzysztof Wodiczko that defines critical public art as “an engagement in strategic challenges to the city structures and mediums that mediate our everyday perception of the world: an engagement through aesthetic-critical interruptions…” (96). I spent part of the chapter wondering whether uncritical, aesthetically-minded public art serves a function and came to the conclusion that I think it does (namely, beautifying public spaces) and rather than consider it a lesser a form of art, it might be more useful to think of it as something else. 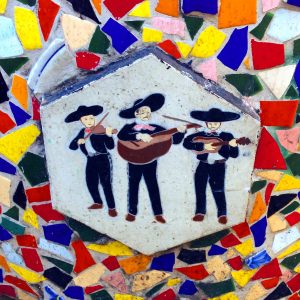 A planter on Cesar Chavez Avenue in the Boyle Heights neighborhood of Los Angeles, California.

Of course, my use of the word design might imply that the primary distinction between design and art is a focus on making things beautiful. I don’t mean to be reductive, as there are certainly critical designers and there is critical design. Hein points out that is difficult to be an effective social practice artist: “To rally a public, artists must therefore analyze it carefully, and this is a task for which few are prepared…Striving toward engagement, artists risk appearing both crudely hectoring and cynically opportunist, their symbolic interventions indistinguishable from the manipulations of the commercial marketplace.” (101)

But beauty does serve an important role in our public spaces. It makes our communities pleasant places to live. Rather than downplay the significance of beauty, perhaps it is better to simultaneously promulgate it and interrogate it: to say that we like beautiful public spaces and also acknowledge that the practice of beautifying public spaces is, philosophically, uncomfortably close to broken ideas like “urban renewal,” and broken windows theory, for that matter.

Hein writes that “Rejecting the passivity promoted by conventional aesthetic and critical theory that pertains to private art, we may revert to an earlier claim that art is transformative: it can change your life…Not content with merely affecting subjective experience, contemporary public art aims to change the world through multitudes of public events” (110). I would argue that, by questioning as it beautifies, critical public design could change the world just as well.

A crosswalk on Pike Street in the Capitol Hill neighborhood of Seattle, Washington.