Pierre Nora coined the concept of Lieux de mémoire, or place of memory to designate those artifacts that where collective memory crystallizes and secretes itself in the 1980s. Nora’s project and concept, though initially created to analyze France and the French memory, helped stimulate a boom in the study of collective memory on an international scale. The French or the Lieux de mémoire model inspired reflection on national memory and discussions about its advisability of applying it to other places/countries, such as Germany, Italy, and Spain, to name just a few. In this introduction article “Between Memory and History,” Nora pointed out that French national history was a memory passed through the filter of history. Though his polarization of history and memory and his narrative of the demise of memory is often the target of criticism, his project and article helped readers rethink the play of memory and history, an interaction of two factors that results in their reciprocal overdetermination.

Silencing the Past by Trouillot is a study of history and power in the production of historical knowledge, and also a response to the debate over the nature of history being positivist or constructivist. Dismissing both views, Trouillot argues instead that history is a bundle of silences, pointing out that the past is silenced in the same process by which history is created. While emphasizing the function of power, Trouillot also suggests that the process can also be affected by explanation and change. 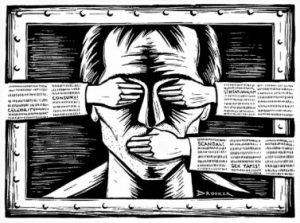 What interest me most about this week’s reading is the power politics in creating and presenting history and memory. What are the relationships between history, memory and the nation? Taking into account what we have discussed in previous weeks about the public and museums, I wonder how historians and curators overcome their own limitations in representing the past? What role does moral responsibility play in the power struggle of the three? For national museums and private museums, what are their pros and cons in presenting history and the collective memory while not silencing some of the past?

One thought on “Power Politics between History, Memory and the Nation”