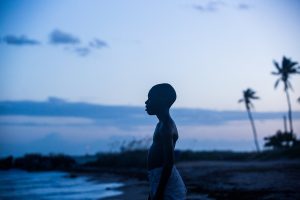 What is the role of expert reviews and awards in determining the meaning of a film and how it is classified as historic? Even before the Oscars on Sunday, I was regularly thinking about the movie Moonlight and how it feels like nothing I’ve ever seen before, a dream that is simultaneously intimate and universal.

Some questions that are swirling around my brain with reference to Moonlight and our readings about public history are:

A Slate article published yesterday titled “Forget the Embarrassing Mix-Up. The Real Story Is Moonlight’s Historic Win” ends by stating, “By awarding Moonlight, at a time when both blackness and queerness are being directly challenged at the highest levels of power, the Oscars landed on the right side of history—both cinematic and otherwise.” I agree with this sentiment while also wondering how Moonlight will be contextualized in the future, especially as a movie that doesn’t overemphasize its themes of homophobia, poverty, or bullying but focuses on the intensely personal and the power of glances and small gestures.