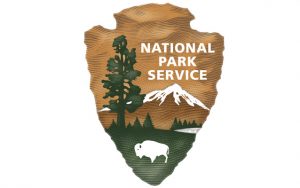 US government cultural institutions are some of the most respected and recognized museums in the country. In 1996, 83% of American adults recognized the Smithsonian name and 72% had a positive impression of it even in the middle of the Enola Gay controversy (Kurin 29). How and when should government cultural institutions use this name recognition to be creative? Are there times when it is best to stay true to historic trends and narratives?

The Smithsonian’s 150th anniversary exhibit provides a good case study because curators, marketers, and administrators all had different opinions of how the institution should be presented. In the end, Kurin describes the touring exhibit as a safe move for the museum that was based on historic trends. In 1996, Americans were “more comfortable with a priestly form of curation at the civically sacred Smithsonian that with one professing a new narrative” (Kurin 39). For Kurin, this new type of curation seems to be entertainment-based, more like  theme parks, memorials, and media shows than a label-curated show. In 2017, it is reasonable to say that some museums have changed their form to attract wider audiences, though most are balanced somewhere between historical and new media presentation methods.

I noticed trends between the Smithsonian’s 150th celebration and the Park Service’s centennial birthday year in 2016, which both tried to invite new audiences but also stay true to historic narratives. The Park Service offered free passes for all the nation’s 4th graders, had celebrations on August 15th (the birthday), and had a “Find Your Park” media campaign. Through all the new and creative programming ideas, the recognizable symbols of the National Park Service remained the same: the Arrowhead and ranger uniform. As the Park Service continues to plan for the next 100 years, parks might be more interesting if they were playful with these symbols. The arrowhead in particular is an important connection to the history of the Park Service, but parks could make their own arrowheads with symbols that represent each place and display both. There could be a public contest and the new arrowheads could signal a new interpretive approach. The arrowhead is just one historic interpretive symbol that might benefit from some new creativity.