In her article “The Long Civil Rights Movement and the Political Uses of the Past”, Jacquelyn Dowd Hall writes that remembrance is inextricably tied to forgetting  (1233). By picking out the details to remember, we implicitly choose what to remember and what to forget. And, she elaborates, that the generation of meaning attached to the memory is artificial and politically manipulated (1239). Those who have the political upper hand to interpret the collective narrative are the keepers of the historical memory.

While Dowd Hall addresses the theoretical and political aspect of memory and history, David Glassberg in “Public History and the Study of Memory” focuses on the practice of making-history and collective remembering. He attempts to tease out how different audiences, for example local communities and the nation as a whole, negotiate different versions of history.

Although Dowd Hall and Glassberg tackle the politics, players and give and take involved in the making of history and memories, I am wondering how historians would address remembering that which is too difficult to remember, yet cannot be forgotten. By that, I mean, how does a group, be it a nation, community, family, collectively remember and shape a narrative around a trauma? How can they create a coherent memory of that which is too painful to remember?  Can we ever properly remember and retell the history of slavery, the Holocaust? And, how do historians negotiate the memories of the victims vis-a-vis the memories of the perpetrators? 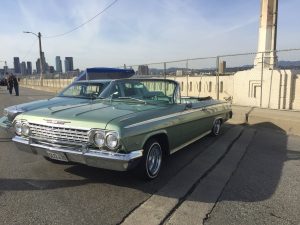 As I learned about les lieux de mémoire in the Nora reading, I thought of the transformation of the sites of collective memory of Chicanx culture over time. In Los Angeles, there are certainly many Chicanx sites that meet the criteria of being “material, symbolic, and functional” (19): Self-Help Graphics comes to mind, as does the former Sixth Street Bridge. 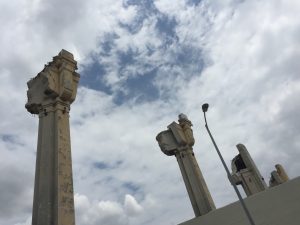 Piers of the Sixth Street Bridge.

It’s interesting to think of these sites of collective memory as always shifting, as our understanding of the past, the present, and our selves change. These days, popular Chicanx lieux de mémoire include: Selena Quintanilla, tacos, Saltillo blankets, pan dulce, and 1940s pachuco outfits. Pan dulce existed in the 1970s; why did it only recently become a popular motif? I think the answer to that lies in the “principle of double identity that enables us to map, within the indefinite multiplicity of sites, a hierarchy, a set of limits, a repertoire of ranges” (20). 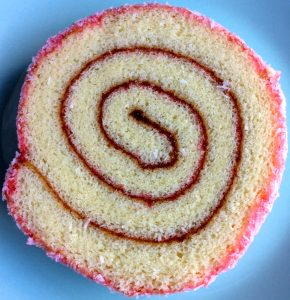 Nora references “the cult of the dead” as a “broad category of the genre” (20): this is fascinating, given the commodification of calacas, marigolds, and other symbols associated with the Day of the Dead in the 2000s. Formerly a tradition observed mainly by indigenous people in certain parts of Mexico, it had become popular in the US. In the fall of 2016, MAC released a Selena Quintanilla-themed line of makeup, 21 years after her death. While she was always beloved among Mexican-Americans, she experienced a resurgence of popularity in the 2000s among Latinxs and non-Latinxs alike. 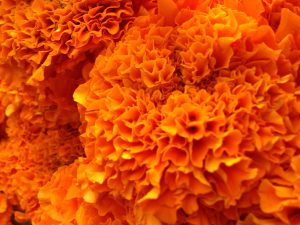 While Nora seems averse to “dominant and dominated lieux de mémoire” (23) imposed on from on high, I wonder what he would have to say about these sites when they are co-opted?