Within the theme of palatial architecture as a declaration of status, I was curious while reflecting on our excursions about how status and wealth can be communicated by interior design and objects/possessions versus communicated by the architecture of the building and structure itself.

In the case of the John Brown House, although the exterior appearance of the property was likely a testament of power during its time of construction, it was much less of a point of discussion for our class in this time; rather, I found both the luxurious imports on display and the minutiae placed throughout the home to be the true draw of the trip. The house’s unassuming facade is an interesting contrast to the fact that inside are lavish signs of the owner’s wealth: custom wallpaper inspired by French art, statues and artwork brought in from China, and a bust from the palace at Versailles to name a few. 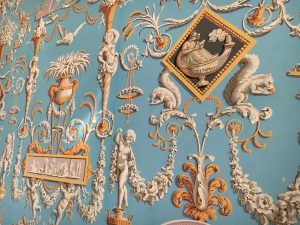 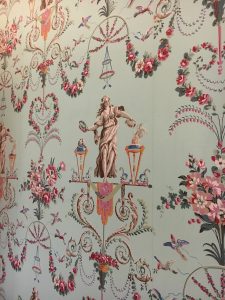 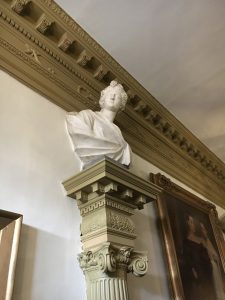 Meanwhile, both the Athenaeum and the John Hay Library seem to play to the opposite effect with their grand imposing exteriors. Although, like the John Brown House, both locations have interiors that betray their initial appearances.

In the case of the Athenaeum, its stature and placement which beg one to tilt their view upward, its cold and uniform granite facade, and its resemblance to more of a Greek temple than a library all lend themselves to a sharp contrast upon entering the building. Rather than anything imposing, you find a rather intimate interior, much smaller than one would expect. This is in part due to the structure of the area, with floor-to-ceiling shelves that create smaller, individual enclosed spaces. Without overhead artificial lighting, the placement of shelves and windows and the tightness of the browsing spaces do little to allow any natural lighting in, contributing to a cramped, academic atmosphere. Both the layout and design of the interior space (plush furniture, busts of great figures of literature or mythology, visible aisles upon aisles of books) do well to communicating a status of academia and the air of higher education. 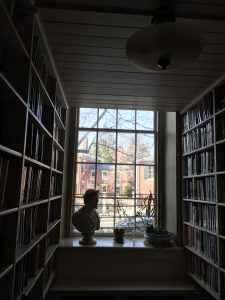 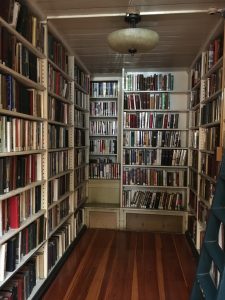 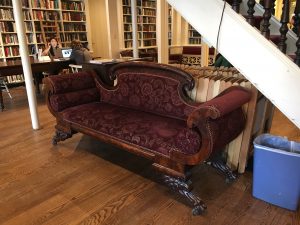 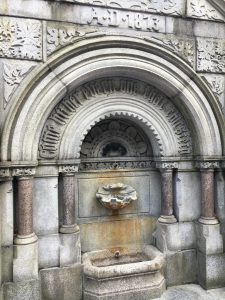 The John Hay’s exterior generates a similar effect to that of the Athenaeum’s, through its simple height and largeness, and marble construction. (One aspect I couldn’t help but find funny was that the bench at the foot of the front entrance looks incredibly uncomfortable and unwelcoming – likely not helped by the snow.) Inside was a very interesting juxtaposition between what felt like a very modern layout (with ample open space and not much “clutter”) and, much like the John Brown House, so many objects (ranging from countless historical paintings to busts to the world’s largest military figurine collection) put on display to likely communicate the richness of the history associated with the property and institution. 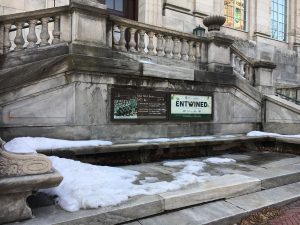 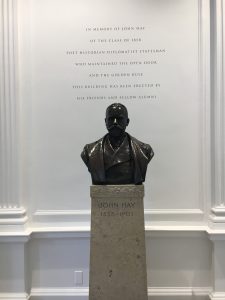 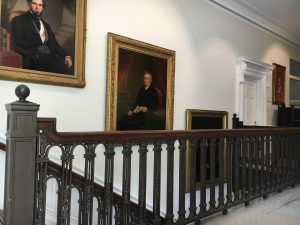 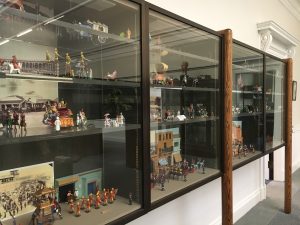