When we were learning about Meroitic palaces in class, I was intrigued when Professor Walsh mentioned that some Meroitic palaces were built solely for queens. For my final project, I am delving more deeply into Meriotic queens and their palaces with the goal of designing a palace for a Meroitic queen.

In my preliminary research, it became clear that the palace of Amanishakheto, a Meroitic queen who ruled from about 10 BCE to 1 CE, has been quite thoroughly researched and excavated. Onderka et al. describe Amanishakheto’s palace as large and write that more than 60 of its rooms have been well-preserved (Onderka et al. 2017, p. 116). As we’ve seen with other Meroitic palaces, Amanishakheto’s palace features an entrance ramp (Maillot, 2015, p. 82), (Onderka and Vrtal 2016, p. 114). A bead and dish depicting the goddess Mut were found in one of the palace’s rooms (Onderka et al. 2017, p. 118). In this particular depiction of Mut, the authors note that her maternal qualities are emphasized (Onderka et al. 2017, p. 118). I am interested in how the portrayal of religious figures in architecture may or may not have differed between palaces designed for kings and those meant for queens and will pay close attention to this when creating my final project. 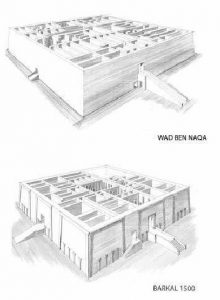 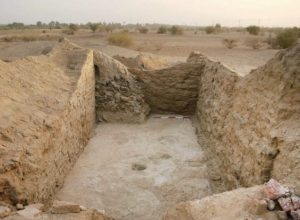 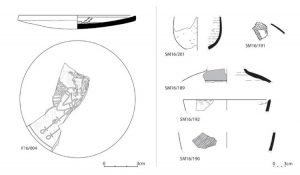 “Section through the N-S axis of the trench T35 showing the floor level in rooms WBN 119 and 120, and the level of foundations of the main walls of [Amanishakheto’s] palace (left) (Illustration: Alexander Gatzsche)” (Onderka et al. 2017, p. 120) 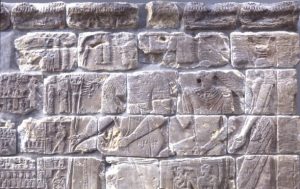 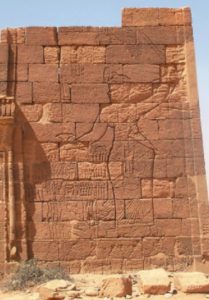 Onderka, P, Vital, V & Gatzsche, A. (2017) “Preliminary Report on the Twelfth Excavation Season of the Archaeological Expedition to Wad Ben Naga.” Annals of the Náprstek Museum.