The city of Armana made use of a very unique building style that was not seen in other Egyptian cities of its time. It involved using small, standardized bricks known as Talatats. The distinctive size of these blocks (relatively small for ancient Egypt) has given rise to an Arabic word for them, Talatat-blocks (derived from the word for the numeral ‘three’, perhaps because they are roughly three hand-spans long) (Armana Project, 2017). Amarna was built as a major cult center for the Pharaoh Akhenaten’s new religion, which worshiped the Aten (The sun). The city was built very hastily, and this was made possible by the use of Talatats. These small limestone bricks were easy to transport by hand, easy to mass produce, and easy to reuse. They were one of the first examples of pre-fabricated building materials. 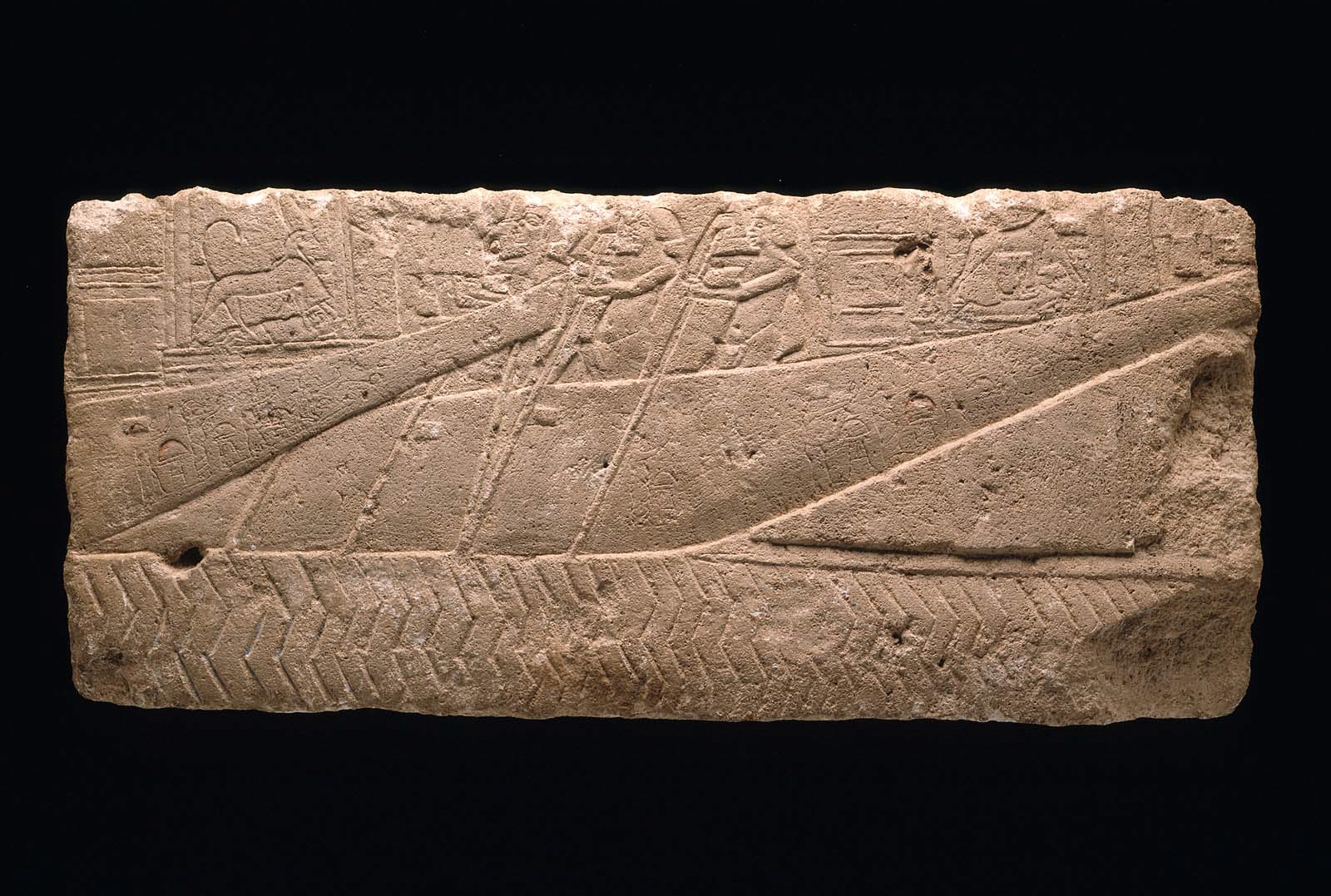 A Talatat brick depicting a scene of boats on a river.

In addition to being used as a structural material, Talatats were also used as a surface for art. Much of the art recovered from Armana was done on Talatats. Carvings and paintings would be done directly on the surface of the brick, rather than a layer of plaster put over the bricks. Since these bricks were often reused, many bricks have been found with art on both faces. When reused, the original art would be placed inwards toward the wall and new art would be made on the blank face. The size of these blocks was often sufficient to fit an entire scene onto, so different bricks were used to contain different settings, similar to how panels in a comic strip work.

After the Armana period, the use of Talatats in construction was abandoned. The building style apparently was not able to stand the test of time.