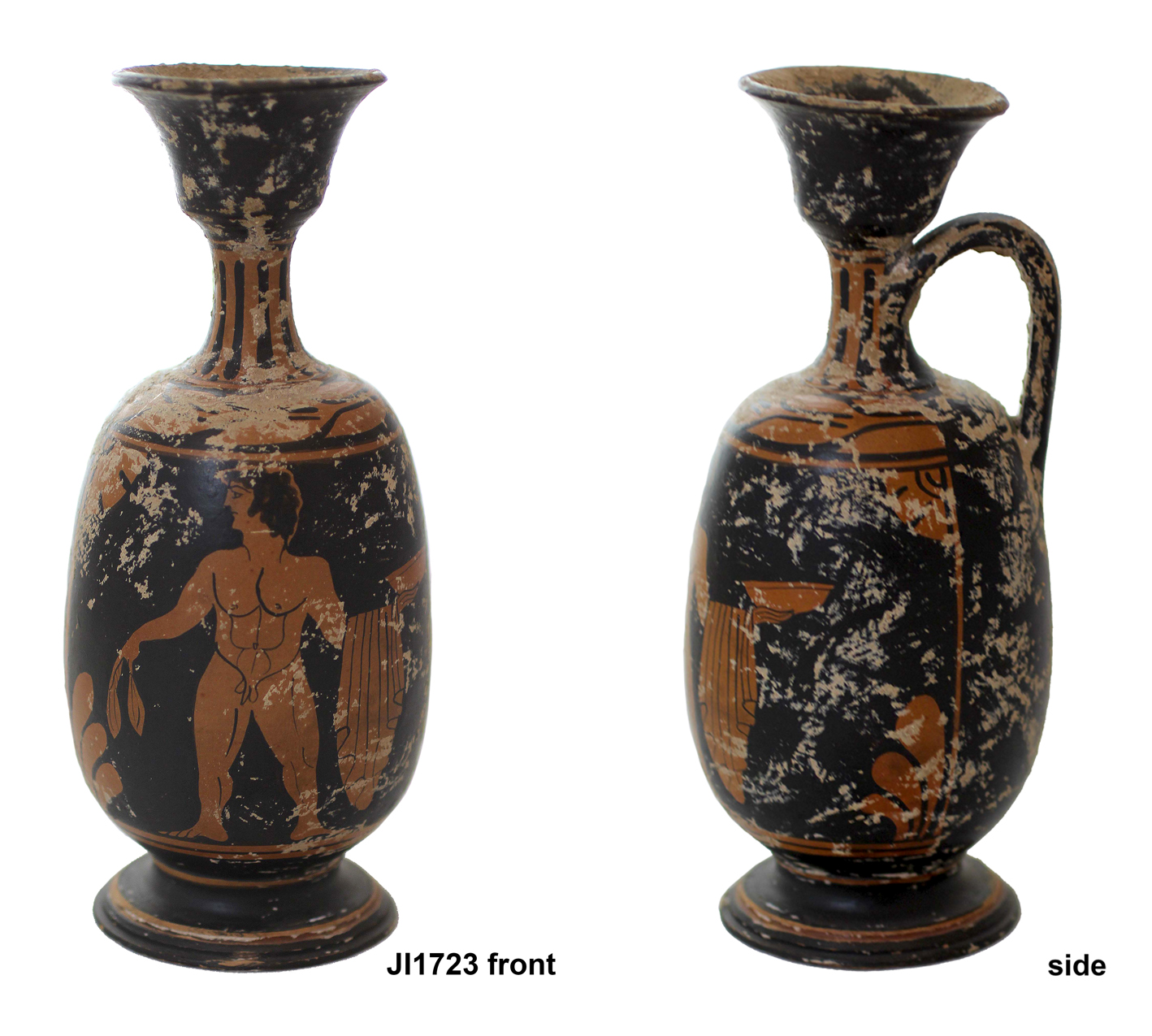 This vessel features a squat, cylindrical body with a closed neck and mouth, suggesting it was used to contain and pour a valuable liquid, such as olive oil or perfume. Its distinctive black and red color and style of decoration likely indicate it is Greek, though where it comes from is a mystery. This form is called “lekythos”, a small pouring form commonly used in Greek ritual practice and funerary rituals. These types of vessels often had scenes of daily life on them, and this one features the figure of a nude male.

As a Mediterranean archaeologist, my particular interest is in exploring games in human societies. This Greek vase is really interesting to me because it seems to depict a Greek boxer. I base this interpretation on two observations: First, he is nude, and most Greek athletes performed in games naked. Secondly, in one hand he holds what appears to be leather straps, which were used by Greek boxers during competitions as a kind of boxing glove. He seems to have just finished a match or is about to start one. Boxing was one of the important events held at Greek athletic events held in the Panhellenic Games, which included the major festivals of the Pythian Games, the Isthmian Games, the Nemean Games, and of course, the Olympic Games! Even as a modern viewer, this image brings out memories of the cheers, tension, exultation, and the spectacle of the Olympics games I attended in London 2012!

Learn more about athletics in ancient Greece and see other depictions of boxing: