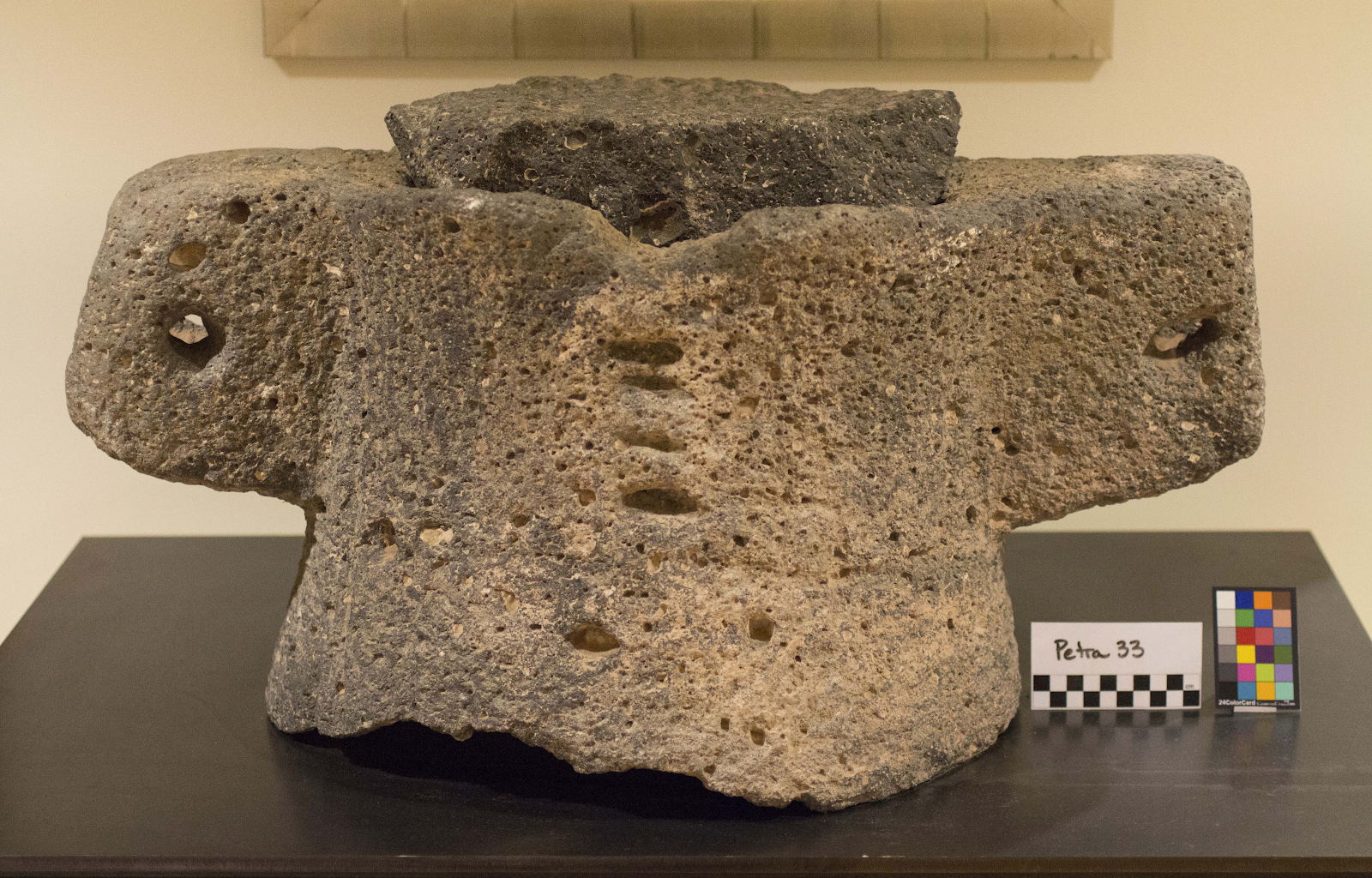 Object: Petra33
JIAAW, Loan from the Ministry of Tourism and Antiquities of the Hashemite Kingdom of Jordan

Mills like this were used to crush grains and remind us of the importance of the agricultural lands outside of Petra’s city center. While many representations of Petra highlight its desert location, water systems designed by the Nabataens directed water around Petra for agricultural uses in the hinterlands and for aesthetic purposes within the city.