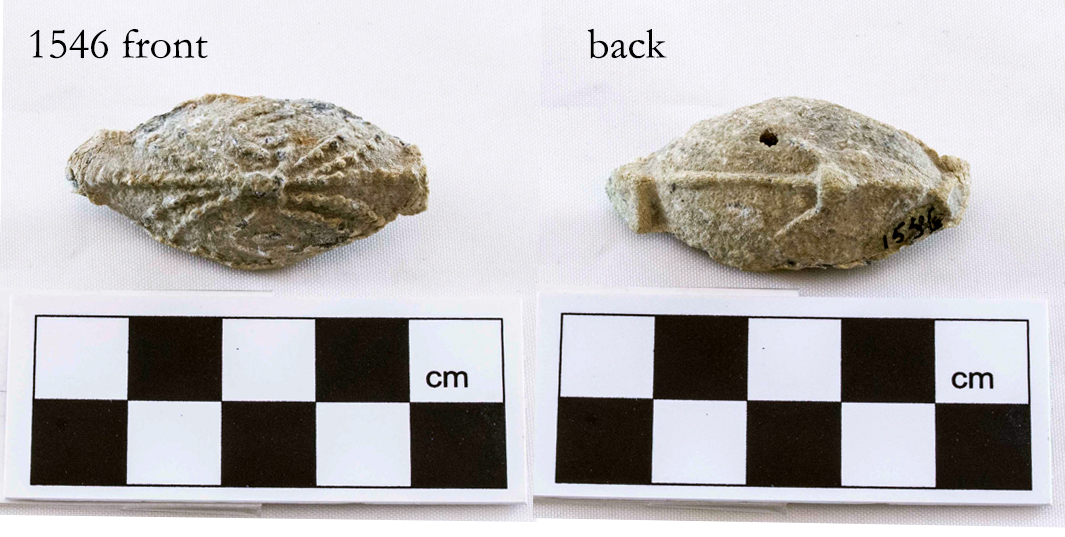 Lead sling bullets like this one were widely used in the Greek and Roman world. This sling bullet is a typical biconical (almond) shape and was probably made in a two part mold. The mold was incised with a spear and a winged thunderbolt (a common symbol of power), resulting in the raised designs you see on the final cast bullet. Inscriptions on sling bullets are not uncommon and range from names of people and cities, to symbols (as seen on this object), to commands or exclamations. The collection of the British Museum includes one sling bullet, linked to below, inscribed with the word ‘Catch’!

See other examples of sling bullets: