In celebration of National Color Day (October 22nd), we’re highlighting object JI1716ab. This object is an example of a Tanagra type figurine, named after the cemeteries in the Tanagra region of Greece in which figures like these were discovered in the 19th century. The object is a sitting woman draped in intricately folded garments, supported by a rectangular base.

The colors of this figurine point to the production of Tanagra types, which were usually constructed out of terracotta, a dark red clay and, after firing, were coated in a white slip. The head in particular alludes to the coloring processes that took place after this white slip was applied, featuring slight hints of brown, white, blue, and red pigment around the woman’s hair, wreath crown, and face.

The remnants of pigment found on this figurine brings up a wider conversation that is being had about the original colors of ancient statues. As Margaret Talbot writes in an article for the New Yorker, while the marble statues of ancient Greece and Rome were commonly thought to be purely white in color, archaeologists studying traces of pigmentation and evidence of tool marks on the surface of these statues have found that the ancient world was much more vibrant and colorful than we once believed it to be.

Looking closely at the paint remnants visible on statues and examining them under infrared or ultraviolet light reveals that not only did ancient sculptors use pigment, but they also created elaborate and highly detailed designs using an array of colors. Recently, artists and archaeologists have worked together to recreate these works, this time focusing on the polychromy, or coloring, of the statues.

Overall, this Tanagra figurine represents a central idea in archaeology: that we cannot fathom what we don’t know. The more technology and archaeological methods develop, the more we can question and reflect on the commonly held takeaways from previous archaeological work. In this way, object JI1716ab reminds us to be open to new interpretations, especially when they concern material culture that, like Greek and Roman statues, exists in the public consciousness.

Read more about current explorations of how color was used in the ancient world, including Margaret Talbot’s New Yorker article:

Having just celebrated Indigenous People’s Day (Oct 12), we wanted to take a look at objects 1526, 1527, and 1528 – sherds that bring up important discussions about Native American history, representation, survival, and continuance. While most objects in the JIAAW collection are Mediterranean in origin, these sherds were excavated from Bandelier National Monument in New Mexico, a site that has significant ties to the Ancestral Pueblo people. Although it is named after a 19th-century anthropologist, Bandelier National Monument focuses much of its educational and promotional activities on sharing the history and lifeways of the Ancestral Pueblo people. Its website perpetuates the common narrative that the Ancestral Pueblo people suddenly disappeared in the late 13th century AD and that Bandelier is a place where one can step back into the past and explore ancient ruins. This particular telling of history situates the Ancestral Pueblo people completely in the past, despite the survival and existence of numerous Pueblo tribes today. A New York Times article offers an alternative view that explains that the Ancestral Puebloans did not vanish without a trace but, rather, their empire shrank and split off into the tribes that we see today, possibly as a result of deforestation, soil erosion, conflict with other tribes, drought, or a combination of these factors.

Today, there are 19 federally recognized Pueblo tribes in New Mexico. The Indian Pueblo Cultural Center, an organization that was established to celebrate Pueblo heritage through archives, exhibits, programs, and writing, puts Pueblo continuance at the center of their work. The mission of the Indian Pueblo Cultural Center, which is “To preserve and perpetuate Pueblo culture, and to advance understanding by presenting with dignity and respect the accomplishments and evolving history of the Pueblo people of New Mexico,” directly responds to the narrative that places like Bandelier National Monument construct about indigenous peoples. It is important to recognize the stories attached to places like Bandelier, and even archaeological findings like these three sherds, and how they impact our understanding of Native American history and survival.

Browse the collection of the Haffenreffer Museum of Anthropology to see more of the indigenous arts of the Americas, Africa, Southeast Asia, and other parts of the world: https://de1.zetcom-group.de/MpWeb-mpBristolHaffenreffer/v?autologon=1 Stamnoi are somewhat squat, wide-mouthed pots, usually with a low foot and two horizontal, often upturned handles. They are often depicted being used to mix or serve wine, but some examples have been found with lids, suggesting they were also used to store liquids. Stamnoi are frequently decorated with scenes related to Dionysos (the god of wine), a nod to the vessel’s intended use.

See other examples of stamnoi here: While the provenance of these particular objects is unknown, plaster reliefs such as these were popular souvenirs in the 18th and 19th centuries. A tradition for wealthy young European men and women was a Grand Tour of Europe, lasting for months or even years, with visits to major cities and cultural sites. Artisans took advantage of the popularity of carved gems by making similar objects out of less expensive materials, such as plaster, to be purchased by travelers as mementos of their tour. Plaster intaglio casts were often mounted into books or cases and usually depict historical and mythological figures and scenes. The theme of this set of casts is “Mitologia” (mythology).

See other examples of plaster intaglio casts and learn more about The Grand Tour here: The olpe is one of the earlier types of the oinochoe and specifically has no spout and a high handle above the lip. In English, its most equivalent term is the pitcher. During meals or drinking, it would serve as a measure of how much wine had been consumed.

See other examples of olpe here:

Evan Levine, a PhD student at the Joukowsky Institute for Archaeology and the Ancient World currently at the American School of Classical Studies at Athens, spent the summer on the ground in Greece. You can read about new research that he and fellow PhD student Rebecca Levitan (University of California, Berkeley) undertook on the island of Naxos on their blog Notes from Naxos! 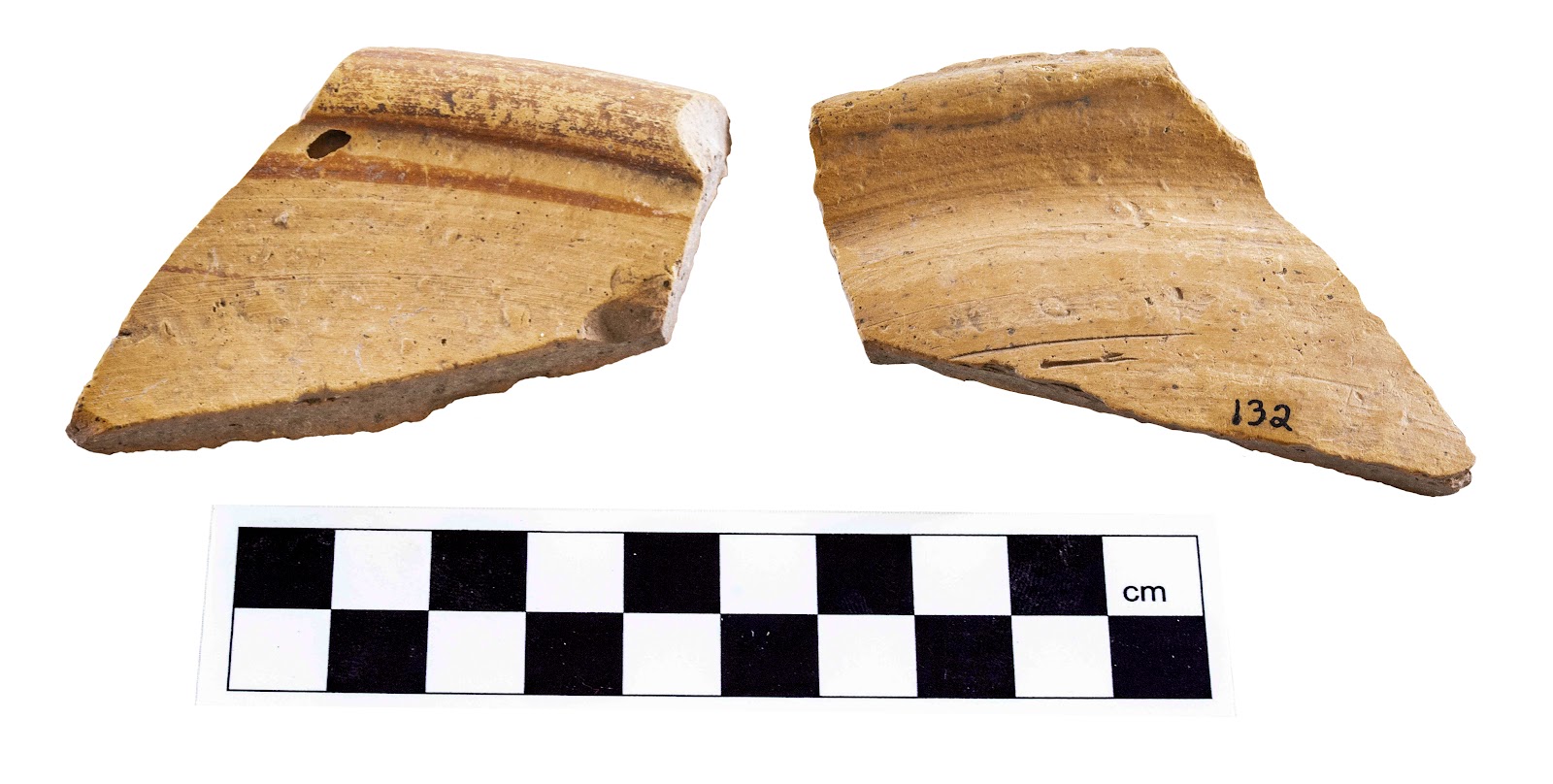 Archaeologists classify sherds (pottery fragments) into three main categories: rim sherds, body sherds, and base sherds. In order for a sherd to be identified as a rim sherd, it must include at least a small piece of the lip of the vessel – like this sherd from the acropolis at Pergamon. Archaeologists use the angle of the rim sherd to determine what kind of rim the original vessel had (inslanting, flared, or vertical are some of the most common categories) and measure the curve of the rim sherd to determine the size of the vessel’s opening. These tiny fragments can tell us a surprising amount about the vessels they came from!

See other examples of rim sherds:

An update from Parker Zane, undergraduate concentrator in Archaeology and the Ancient World

This summer, Zach Dunseth and I produced a 3D photogrammetric model of the foundations of Building 1369, commonly referred to as one of two ‘Assyrian’ Palaces at the site of Megiddo (modern Israel). Originally, this International Undergraduate Teaching and Research Award (UTRA) project aimed at producing a 3D model using data collected during the planned summer 2020 field season. However, since we were unable to conduct fieldwork, we had to adjust our plans to fit in a virtual context. Instead, this project relied on legacy aerial drone data collected by Matthew J. Adams during the 2018 excavations.

The aim of this project was to produce a model and to contextualize the architectural style of the Building 1369 within its broader Near Eastern context. We utilized Agisoft Metashape to compile 134 aerial photographs to produce a sub-centimeter-accurate georeferenced 3D photogrammetric model. This model will soon be distributed for free on Sketchfab (https://sketchfab.com/jvrp/collections/megiddo). The next step of the project will be to import the model into SketchUp to produce an artistic reconstruction of the structure, informed by comparative evidence from other large palatial structures in the Levant and in Assyria.

I am grateful for the opportunity to learn how to produce 3D photogrammetric models and the chance to study one aspect of Megiddo in great detail. I would like to thank the Karen T. Romer Undergraduate Teaching and Research Award for support to conduct research this summer; the directors of the Megiddo Expedition, Israel Finkelstein (Tel Aviv University), Mario A.S. Martin (Tel Aviv University) and especially Matthew J. Adams (W.F. Albright Institute for Archaeological Research, Jerusalem) for allowing me to use his previously collected data; and Zachary Dunseth for his guidance and mentorship over the course of this project.

Note that the Joukowsky Institute will not be holding Brown Bag talks during the month of October so that our community members can participate in the Haffenreffer Museum of Anthropology’s “Women Do Archaeology” series. Inspired by 2020’s centennial commemoration of the 19th Amendment, the Haffenreffer is highlighting the work of women archaeologists and anthropologists affiliated with the Museum – Annalisa Heppner, Pinar Durgun, Michèle Hayeur Smith, Jen Thum, and Leah Hopkins. 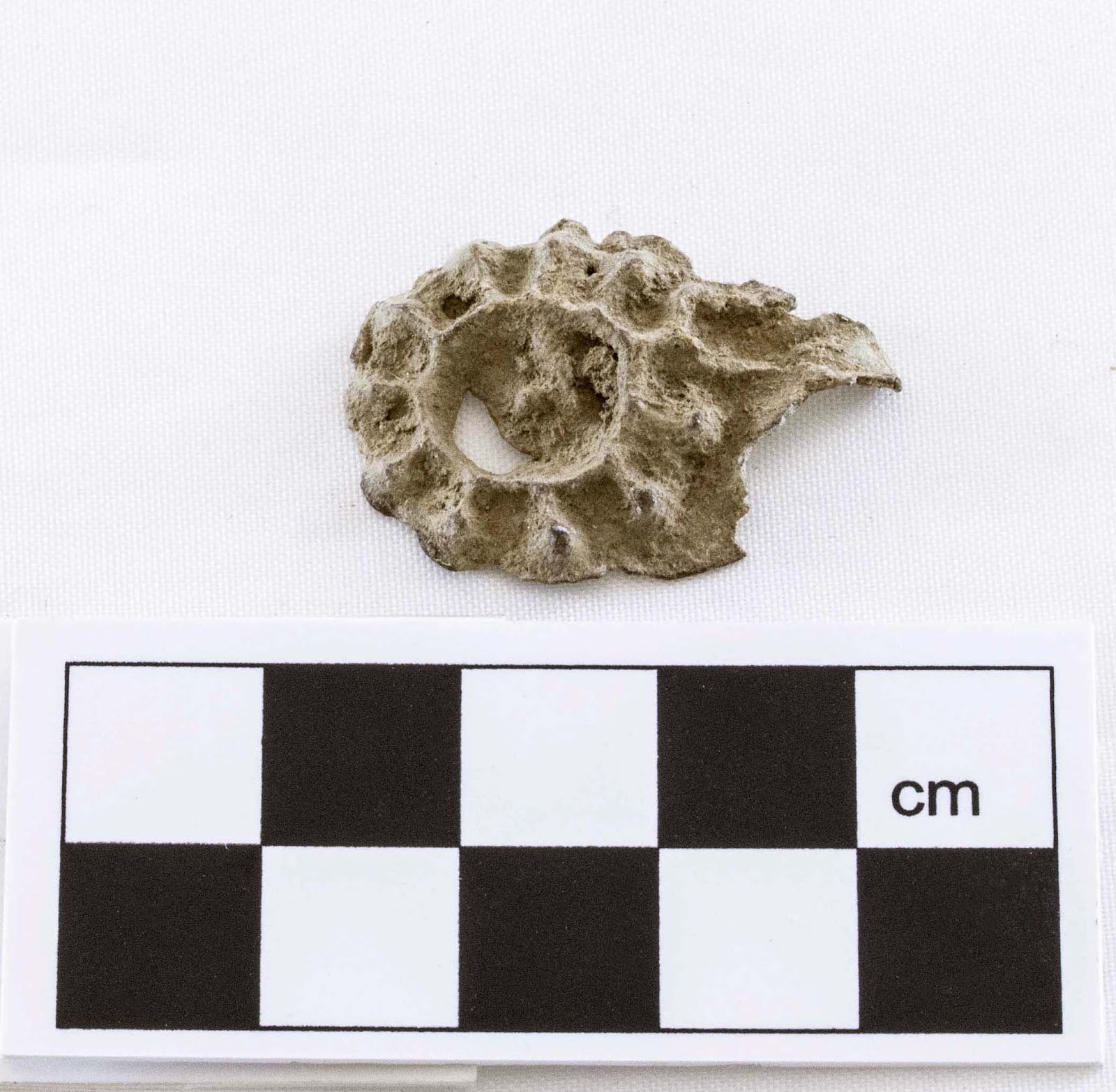