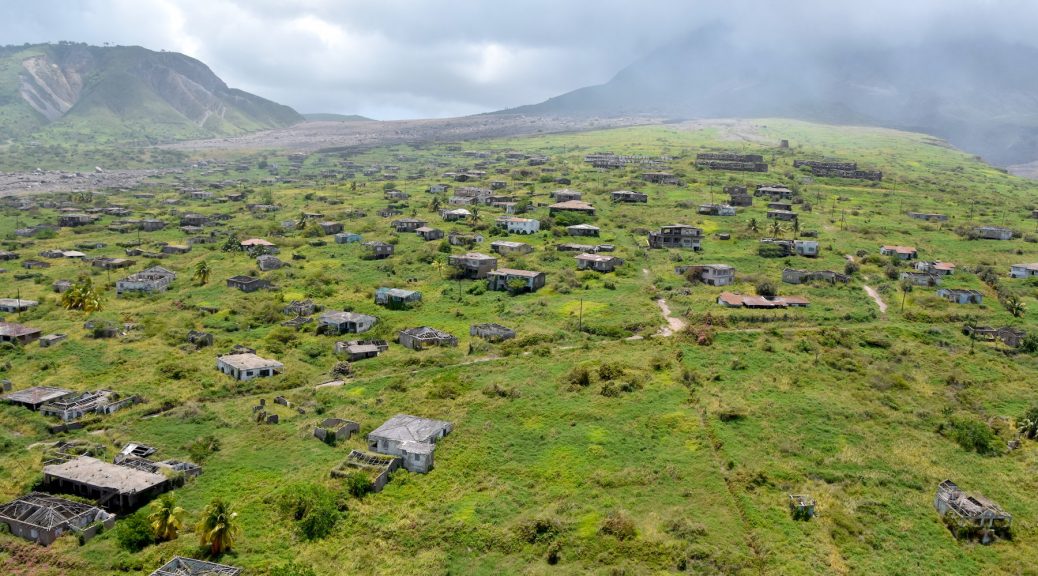 On July 18, 1995 the Soufrière Hills volcano erupted in the southern half of the Caribbean island of Montserrat, destroying the capital city of Plymouth and countless archaeological sites, and also forcing two-thirds of the island’s population of 12,000 to flee abroad. Detailed information about the volcano and its history is available on the Montserrat Volcano Observatory website. 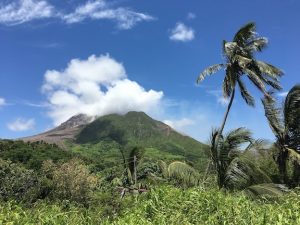 The volcano has been active since 1995, with major eruptive episodes as recently as 2010. Plymouth is now covered in over 30 feet of volcanic mud and ash, deposited by pyroclastic flows and lahars (volcanic mudflows).