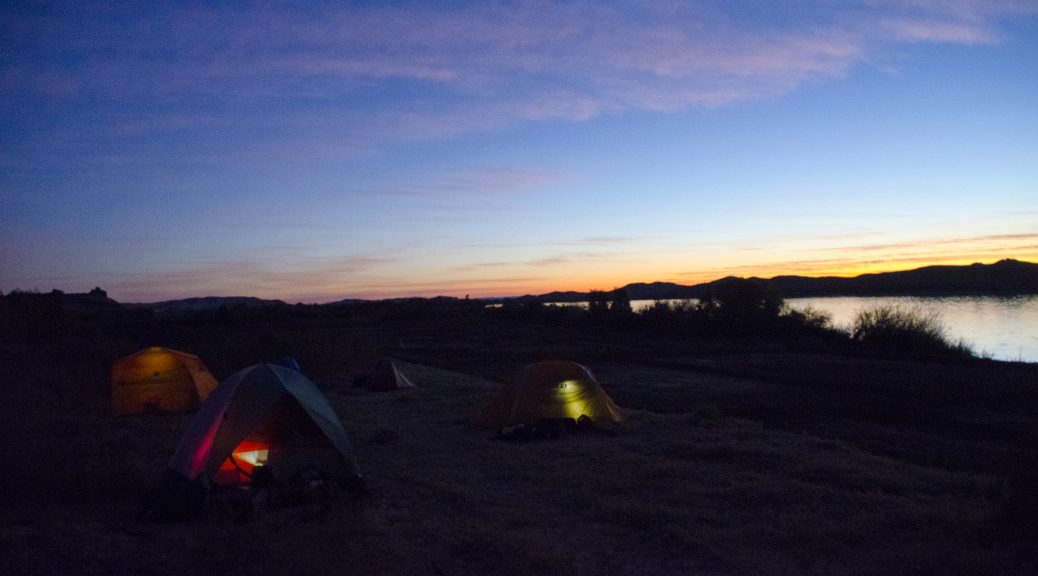 Life at Uronarti in the present day is difficult, as it must have been in the past. The challenges we face suggest questions to us about the past that might not have occurred to us if we had electricity or running water, or even a settlement nearby. Nonetheless, the chance to be so far away from the modern world, in a place where the Milky Way indeed looks milky and one can look endlessly in every direction without seeing a power pole or often a person, is a treat. The sounds we hear are mostly birds, with the occasional hum of a motor boat serving only to highlight the immensity of the emptiness.

We camp in tents, with a tin hut that we use for computer work when sandstorms come up. On the west side of the hut is a three-sided space where one can hang a solar shower – we put a tarp down on the basic stone floor that we have laid so that bare toes are not surprised by scorpions. The Nile is our water source. Our local companions are few, but sometimes there are seasonal farmers or fishermen in the area. We entertain ourselves outdoors and go to bed early, except on nights when we have bonfires.

Not just the emptiness, but the landscape itself help us ask questions of the ancient occupation of Uronarti. The water of the Nile rises and falls annually here. This was true in the ancient past for everywhere on the Nile – the inundation was the engine that fed ancient Egypt, depositing silt and bringing irrigation water every year.

Since the construction of the Aswan High Dam, Egypt no longer experiences a flood, and for Egyptologists of our generation this is a real hole – we lack the visceral understanding of what it is like to live in a place that changes shape so fundamentally for months a year, and over the course of years. At Uronarti we are returned to a flooding landscape, though even here the height of the water is conditioned by dams both downstream and up. We see our own movements conditioned by the height of the Nile. Some seasons we can walk from camp to site, some we need a fisherman to ferry us.

In 2019 the water was higher than it has ever been during our work. We needed help getting to and from site, which was a particular problem during a sandstorm that blew up unexpectedly. Parts of Site FC that we had previously had access to were underwater, as was a Mesolithic tool production site we had discovered in 2016 near Hill C and had hoped to return to.

Not just water, but also things associated with it, would have conditioned life. Particularly, in such a landscape, the absence of things. When we have a bonfire it burns so fast that we can barely boil water on it if we have run out of cooking gas. Wood is not plentiful and is bad fuel in a place with little floodplain. What would the garrison’s fuel have been? Likewise the lack of mud is not only an issue for agriculture, but also for construction. Where did the mud to build the fortress come from?