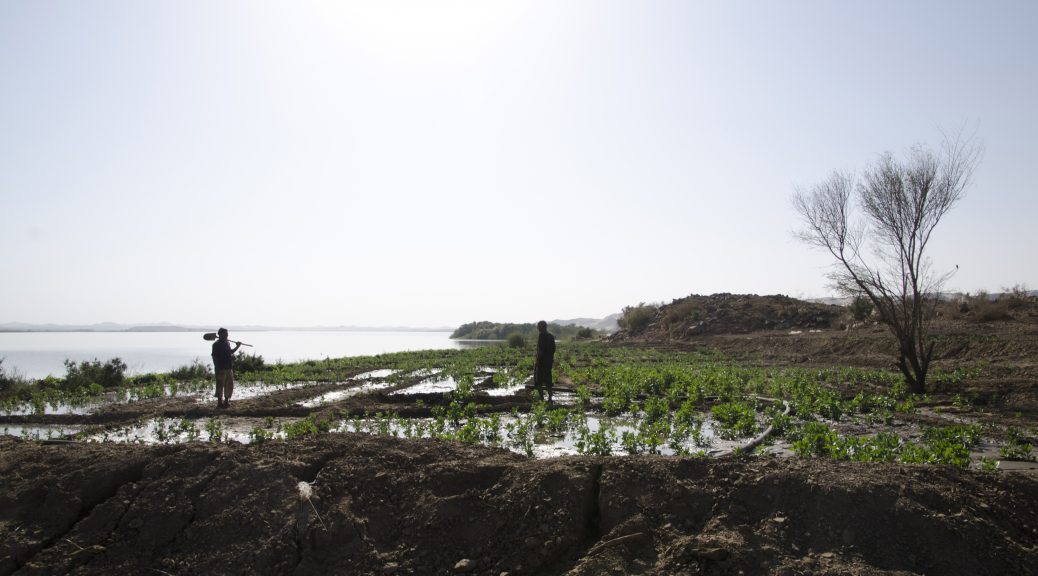 Until the construction of the Aswan High Dam, there was a small but permanent population living on Uronarti. The rising waters displaced thousands of people. In recent years, as the floodwaters have deposited enough silt to turn what had been a barren landscape into farmable land, some people have come back, but for the most part not permanently. Lutfi, who built our tin hut for us, was born on the island. He and his brother, Saif, are now school teachers in Wadi Halfa, the nearest real town. Some years, depending on the level of the water, they come down to farm on Uronarti.

A group of men from Dongola were camping on the island in 2015-16. They were mostly fishing, but also kept a few cows. They brought us zalabia – fried doughnuts – and came over for New Year’s. When they injured themselves we ran a makeshift clinic. When asked if they wanted to be hired to work at the site, they declined.

Across the river from us is a fishing family, and without them we would be unable to work on site. Suleiman has been our ferryman for three years. He takes us and our things from the east bank to the island at the beginning of the season. If the water is high, he takes us to site and back each day. When we get shipments of food or gas from Wadi Halfa, Suleiman brings them to us.

Herders come through not infrequently, sometimes taking advantage of the lee of the fortress to keep their goat flocks for several nights. A baby goat was born in the Administrative Building one season, protected by the dog who accompanies the herders. On cold mornings a fresh hot goat milk is quite comforting.

The only permanent resident of the island currently is Zakariya, who fishes. None of our neighbors live close to us, most change from season to season and are not present much of the year, and all have helped us.

The team is made up of students and specialists from America, Europe, and the Sudan. Some people come every year and some only once.  While the directors prioritize bringing their own students, there are sometimes opportunities to get involved – if you like hardcore camping!

We are particularly grateful to our colleagues at the National Corporation for Antiquities and Museums, most especially Shadia Abdurabo. She was our inspector our first season and has returned multiple times, being both a friend and a colleague (and completing her own PhD on Nubian faience during the time in which she worked with us). That she herself is Nubian has been of inestimable help to us as we work in this remote place.

In 2019 Shadia was on fellowship in Poland, and we were joined by Elnzeer Tirab as our inspector. His own interests in ethnoarchaeology are helping us develop questions for interviews with people who were born on Uronarti before the construction of the dam, a planned future part of the project.