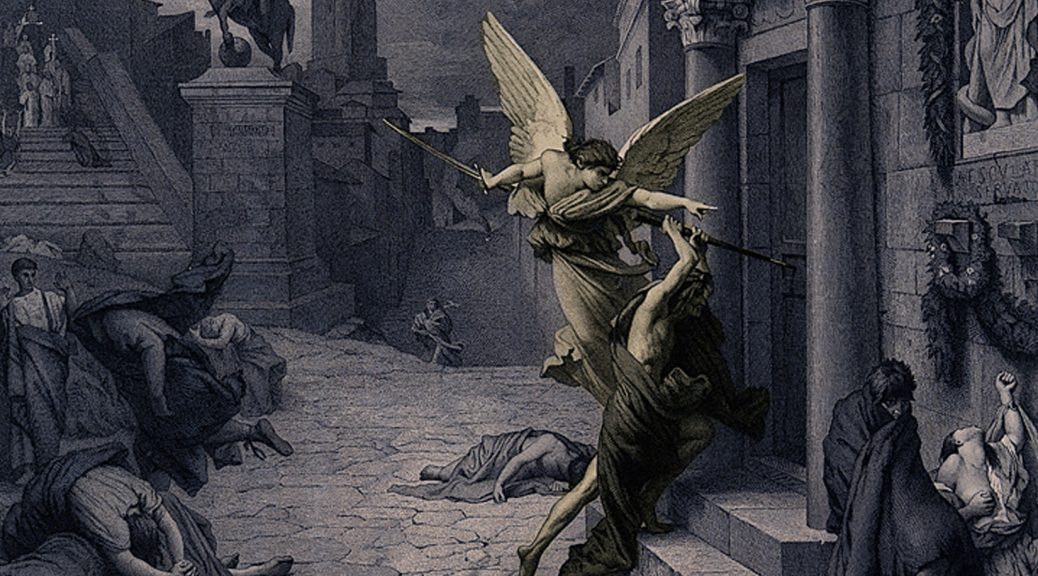 This webinar series is part of the course ARCH 1765: Pandemics, Pathogens, and Plagues in the Greek and Roman Worlds taught by Tyler Franconi. All talks are free and open to the public. Use the links below to register for each talk in the series.

All talks will be held via Zoom and a link to join each talk will be sent to those who have registered. If you’re not familiar with Zoom visit https://bit.ly/ZoomTutorialPAS to learn what you’ll need to get started and how to join a meeting.

All talks will be recorded and links to the recordings will be posted on this page as they become available.

Kyle Harper is Professor of Classics and Letters and Provost Emeritus at The University of Oklahoma. Dr. Harper is a historian of the ancient world whose work has spanned economic, environmental, and social history. He is the author of three books Slavery in the Late Roman World, AD 275-425 (2011) which was awarded the James Henry Breasted Prize by the American Historical Association and the Outstanding Publication Award from the Classical Association of the Middle West and South; From Shame to Sin: The Christian Transformation of Sexual Morality (2013) which won the Award for Excellence in the Study of Religion in Historical Studies from the American Academy of Religion; and The Fate of Rome: Climate, Disease, and the End of an Empire (2017) which has been translated into twelve languages. He is currently writing a global history of infectious disease.

The Economic Impact of the Antonine Plague
Andrew Wilson, University of Oxford

Andrew Wilson is Professor of the Archaeology of the Roman Empire in the Faculty of Classics and a Fellow of All Souls College at the University of Oxford. Professor Wilson’s research interests include the economy of the Roman Empire, ancient technology, ancient water supply and usage, Roman North Africa and archaeological field survey. He co-directs, with Alan Bowman, the Oxford Roman Economy Project (OxREP) and edits the Oxford Studies on the Roman Economy series with Oxford University Press. He also co-directs the Coin Hoards of the Roman Empire project with Chris Howgego. He also leads, together with Bob Bewley, Graham Philip, and David Mattingly, the Endangered Archaeology in the Middle East and North Africa (EAMENA) Project, using satellite imagery to assess threats to archaeological sites. He has excavated numerous sites in Italy, Morocco, Tunisia, Libya, Syria, and Cyprus, and is currently involved in excavations at Aphrodisias (Turkey) and Utica (Tunisia).

Hunter Gardner is Professor of Classics at the University of South Carolina. She is an affiliate of Women’s and Gender Studies and recently joined the core faculty of both the Comparative Literature Program and the South Carolina Honors College. Prof. Gardner is the author of two monographs, Gendering Time in Augustan Love Elegy (2013) and Pestilence and the Body Politic in Latin Literature (2019). This most recent book explores the development of plague narratives in the western tradition and, in particular, looks to Roman epic poets writing in the late Republic and early Principate as significant contributors to depictions of contagion. Like her work on Latin love elegy, the project draws in part from an understanding of the social upheavals and civil discord that characterized this period of Roman history, with its shift from aristocratic governance to quasi-monarchy under Augustus.

Dr. Gardner also regularly teaches and publishes in the area of reception studies. She recently co-edited a collection of essays on adaptations of the Odysseus myth in various media (novels, visual arts, television) and teaches a course on the reception of Greco-Roman antiquity in cinema and popular culture.

Doctor Marcel Keller is a Post-doctoral Researcher at the Institute of Genomics at the University of Tartu in Estonia. He completed his PhD at the University of Jena in Germany, where he worked with the Max Planck Institute for the Science of Human History in the department of Archaeogenetics in 2019. He is an expert on palaeogenetic traces of Yersinia pestis in the First and Second Pandemics, better known to some as the Plague of Justinian from the sixth to eighth centuries, and the Black death in the 14th century. This work explores the biology and dispersal in space and time of this deadly pathogen with genomic and phylogenetic approaches on ancient DNA from skeletal remains. He has published two ground-breaking articles on this work in 2019, including a paper in the Proceedings of the National Academy of Sciences entitled ‘Ancient Yersinia pestis genomes from across Western Europe reveal early diversification during the First Pandemic (541–750)’, and ‘Phylogeography of the second plague pandemic revealed through analysis of historical Yersinia pestis genomes’ in Nature Communications.