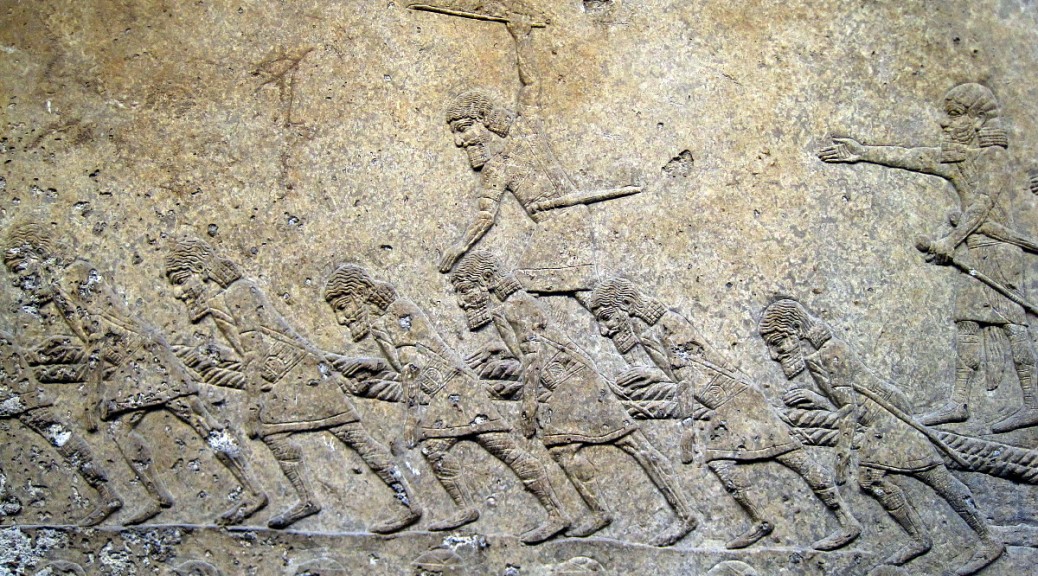 Andrew Dufton (co-ordinator, Joukowsky Institute for Archaeology and the Ancient World): Andrew is a fourth-year PhD candidate in Archaeology, writing on the city landscapes of Iron Age and Roman North Africa. His research considers the lives of non-elite, local communities in urban neighbourhoods, and the interactions between these communities and the monuments of the elite. His fieldwork involves excavations and survey at the ancient towns of Utica and Bulla Regia, Tunisia, and Siga, Algeria.

Kathryn McBride (co-ordinator, Joukowsky Institute for Archaeology and the Ancient World): Kathryn is a fourth-year PhD candidate in Archaeology. Her main research interests include the Hellenistic East, intercultural interactions, hybridity, frontiers and borderlands. She is currently working on research related to trade routes between South Arabia and the Mediterranean, and how shifting power dynamics impacted the economic and political systems of those regions.

Alyce de Carteret (Anthropology): Alyce is a studying the Maya body, in both conception and practice, in order to gain a better understanding of how the Maya defined both themselves and the outside world. She is pursuing archaeological research that will help to illuminate the particulars of the lived experience.

Chelsea Cormier (Anthropology): Chelsea’s research interests include African diasporic religions, ethnicity, healthcare relations, immigration, and sexuality and gender. During the 2014-2015 academic year she conducted her dissertation fieldwork within a Haitian community in Miami – material she will be using as she begins writing in earnest during the 2015/16 academic year.

Müge Durusu-Tanriover (Joukowsky Institute for Archaeology and the Ancient World): Müge  is a fifth-year PhD candidate in Archaeology. has worked extensively on the Hittite Empire, and tries to re-envision the empire by looking at it from its edges. She studies a combination of architectural space, texts, and material culture to tease out relations between centralized power and peripheral areas. Her general research interests include landscape archaeology, archaeological theory, and heritage ethics.

Linda Gosner (Joukowsky Institute for Archaeology and the Ancient World): Linda Gosner is a 6th year PhD candidate in archaeology.  She specializes in Roman archaeology and social history with particular interests in the social and technological aspects of production, the ancient economy, daily life and household archaeology, as well as processes of imperialism and colonialism in the Roman provinces. Her dissertation, Mining Matters: Rural Communities and Industrial Landscapes in Roman Iberia (3rd c. BCE – 2nd c. CE), examines the impact of Roman conquest on the mining industry in the Iberian Peninsula.

Willis Monroe (Egyptology and Assyriology): Willis’ research considers the role of literacy in the creation and maintenance of the power structures of the Neo-Assyrian Empire. His work considers the texts and materials of the cuneiform written record as both a means of imperial administration, and a means of knowledge production and innovation in elite and non-elite contexts.

Catie Steidl (Joukowsky Institute for Archaeology and the Ancient World): Catie’s research interests include the archaeology of women and social constructions of gender, as enacted through daily practice. Her dissertation examines how these features and other aspects of identity are reflected in the material record of colonial cross-cultural interactions between Greek settlers and local populations in Southern France and coastal Anatolia.

Samantha Lash (Joukowsky Institute for Archaeology and the Ancient World): Samantha is a second-year student in archaeology. Her research examines how “peripheral” activities such as industrial production, trash deposition, chores, and resource acquisition can inform our understanding of daily life. She is interested in how these activities can be identified not only in permanent settlements, but also among mobile peoples whose interactions with the settled world have traditionally been given unequal treatment within scholarship.

Kimberly Lewis (Anthropology): Kimberly is a third-year graduate student in the Department of Anthropology. Her dissertation project, “Andean Silicon Valleys: Constructing a Knowledge Sector in Ecuador,” will investigate Ecuador’s long-term economic goal to reduce its reliance on primary resource extraction by building a sustainable knowledge industry. Towards this end, she will conduct ethnographic fieldwork at Ecuador’s new state science and technology universities in 2015-2016. She is broadly interested in issues related to inclusion/exclusion in the academy, the politics of online degree programs, and racial and linguistic inequalities in Latin America.

Abhilash Medhi (History) – Abhilash entered Brown in 2012, and is a third-year PhD student in History. He is interested in the influence of colonial knowledge on historical and anthropological thought in the northwestern and northeastern borderlands of the British Empire in South Asia.

Bryan Moorefield (Anthropology): Bryan is a third-year PhD student  interested in the interplay of international labor migration and non-migrant livelihoods in Mexico. He focusses on the role of US temporary visa programs (“guestworker” programs) and their effect on non-migrant workers (paid and unpaid labor) and undocumented migrant workers.