Sometimes honeybees live where they don’t belong. It’s not their fault, they just look for an empty space with shelter, and fill it. Usually, they are found inside hollow trees or around tree branches, but sometimes they make their way inside walls.

Last spring, at the University of Rhode Island, there was noticeable honeybee activity outside one of the main entrances to Quinn Hall.

URI facilities management immediately called Debug Pest Control of Rhode Island. Bill from Debug arrived and confirmed the honeybee hive was active.  His first task was to convince URI to allow him to remove the hive humanely and save the honeybees. There’s a few ways to do this.

The first attempt, was to cut open a hole in the woodwork, to slightly expose the hive, and to scare them to fly off and leave. Would the bees notice this? 2 weeks later, the bees were still there. This is like having a small “contact us” link in the footer of your site: nobody noticed it. 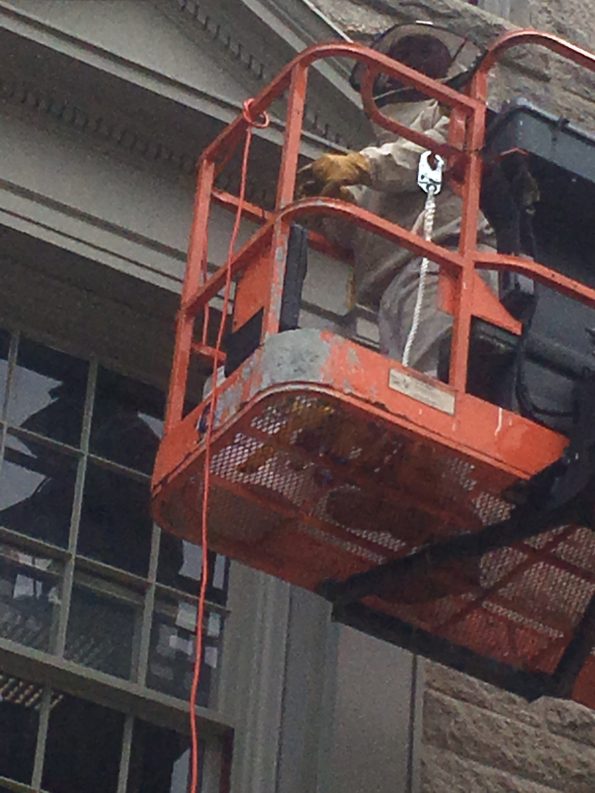 The next step? Call in the beekeeper. Jeff Mello is the person to call in Rhode Island. He assumed the bees were pushed down lower in the door frame to keep warm due to the colder-than-usual weather last spring. After some careful facade removal, he found a big hive with fresh honeycomb.

A few hours later, and the bees and honeycomb were collected. These bees were placed in a hive alongside his other honey bees in Tiverton.

The lesson here: Sometimes bees and users need to told where to go.