We participated in a few questions from Twitter for #AskAnArchaeologist day on Twitter. I’m not really much of a twitter-er (?)  tweeter(?) –Twitter user, so Emily Jackson, our social media guru manned the controls and I provided some answers. I discovered in the process that I’m not particularly pithy. I use a lot of words, so Emily had her work cut out for her as she tried to shorten my answers to Twitter’s character limits. We got a question about the most surprising thing found on a dig, and I shared my favorite story about finding a can of Mexican sweetened and condensed milk in the hold of a Yukon River gold-rush era pole boat. For this blog, I’ll share two stories a little closer to “home” that I think you all might like.

Both of these objects came from the Isaac Lake Material Site (ILMS) monitoring that I conducted as an employee at SWCA Environmental Consultants. That project was controversial, and difficult, but it gave me a super crash course in NW Alaskan archaeology, and gave me the opportunity to really learn NW Alaskan material culture. On one of my early days at the site, I was asked to excavate some shovel tests at the Old Kotzebue site (Discovered by none other than our own, J. L. Giddings!) to establish the depth of disturbance from some…unexpected…heavy equipment use within the boundaries of the site. The shovel test was unremarkable — super wet soil that was a pain to screen, assorted faunal material, a flake or two. I was down towards the bottom of the hole, about 60 cm below the surface, and I scraped by trowel back and saw…a GIANT, wet, slimy, grub! I actually shrieked, and recoiled from the ground, I’m sure, freaking out my partner. After a moment, I gathered myself and went to confront the grub again, only to realize it hadn’t moved. Only then, did I remember that there AREN’T any giant grubs that live in Alaskan soil. So, I went back down, pulled it out, only to discover a beautifully carved seal tooth-grub pendant. Unfortunately, I don’t have a photo of that artifact that I can share-but we DO have a similar piece from Cape Krusenstern, which is in the slideshow below.

The second story is also from the ILMS project, but this time I was working as a heavy equipment monitor. Monitoring can be really, really tedious. You don’t always find things, and you have to be “on” all day. In an area as productive as the ILMS, I would always get a little nervous if I wasn’t finding material on a somewhat regular basis. You start to doubt your ability to notice artifacts, and get the suspicion that you MUST be missing something. One day, after about four days of not finding an artifact, I was feeling simultaneously bored and discouraged. When I’m working with an excavator, I like to get as close as safely possible to the bucket, sometimes standing up on the pile of dirt mounded against the body of the machine that the excavator produces as it digs (I promise that I only do this when I’m working with a really skilled operator!). So. After my dry spell of a few days, I’m standing on the mound, watching the machine pull soil towards me, and I spot it-an artifact! A totally unremarkable piece of plain locally-produced pottery! It was probably only about 4 cm around, tempered with little pebbles, and not even a rim sherd. It is the same color as the soil surrounding it. I was so glad for the confirmation that I WAS actually paying attention and unlikely to be missing things, that I still use this as a reminder, “No wait. You are good at finding artifacts, there just isn’t anything here to find. You found a dark brown pottery sherd, excavated with a backhoe, in  dark brown dirt. You got this!” whenever I’m having an productive fieldwork day. 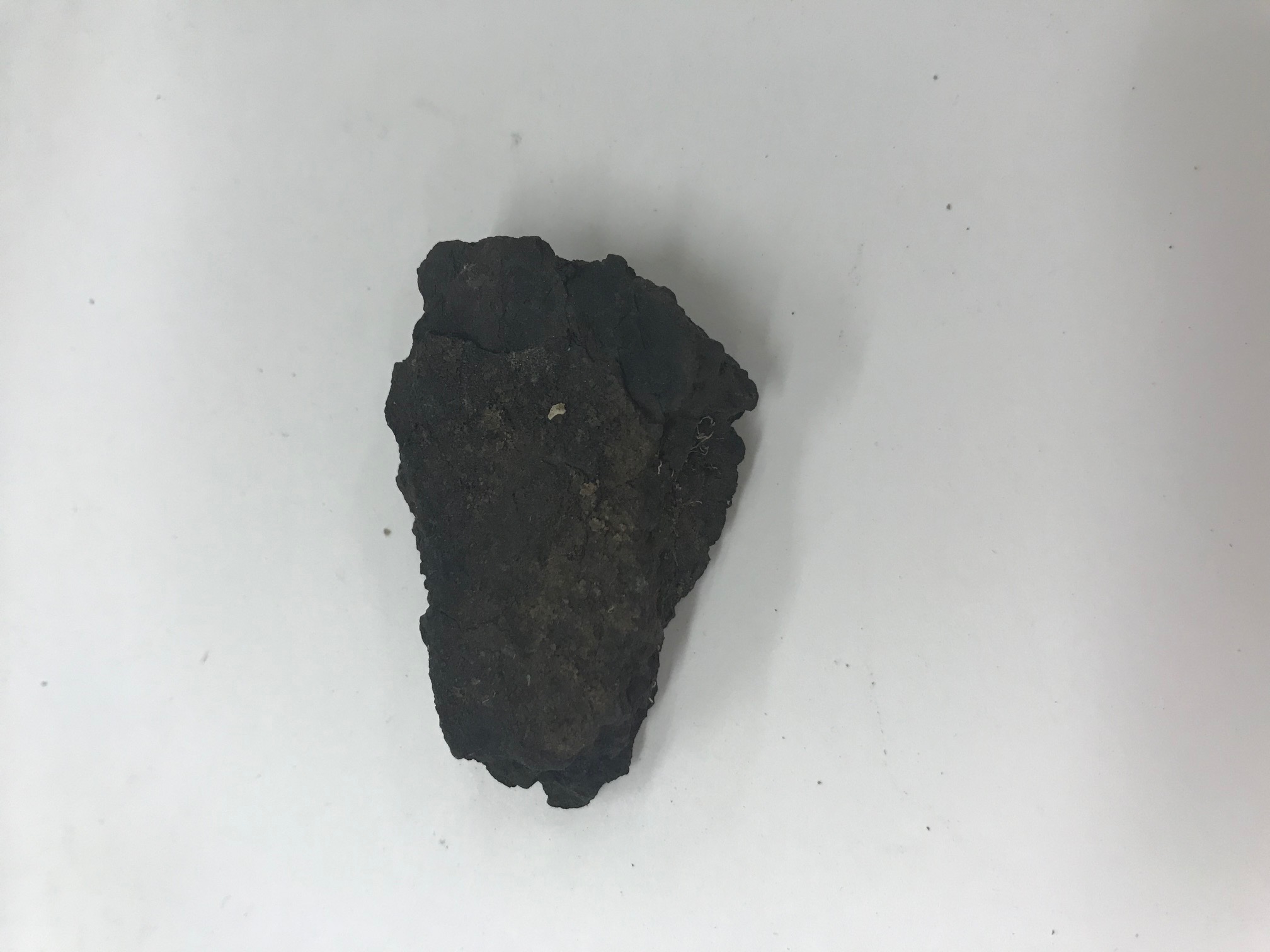 Sherd
A plain sherd, very similar to the plain sherd I recovered from the bucket of an excavator! 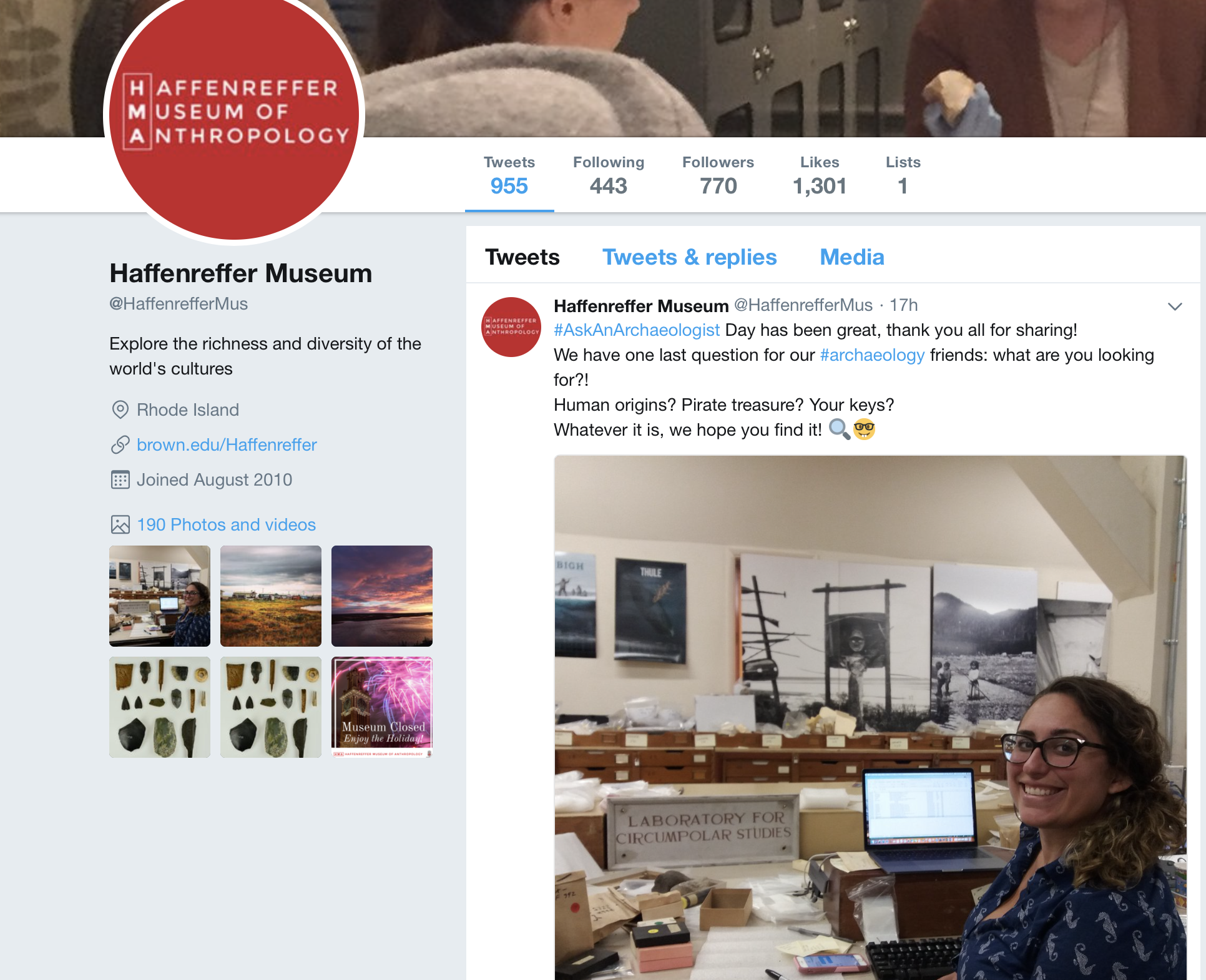 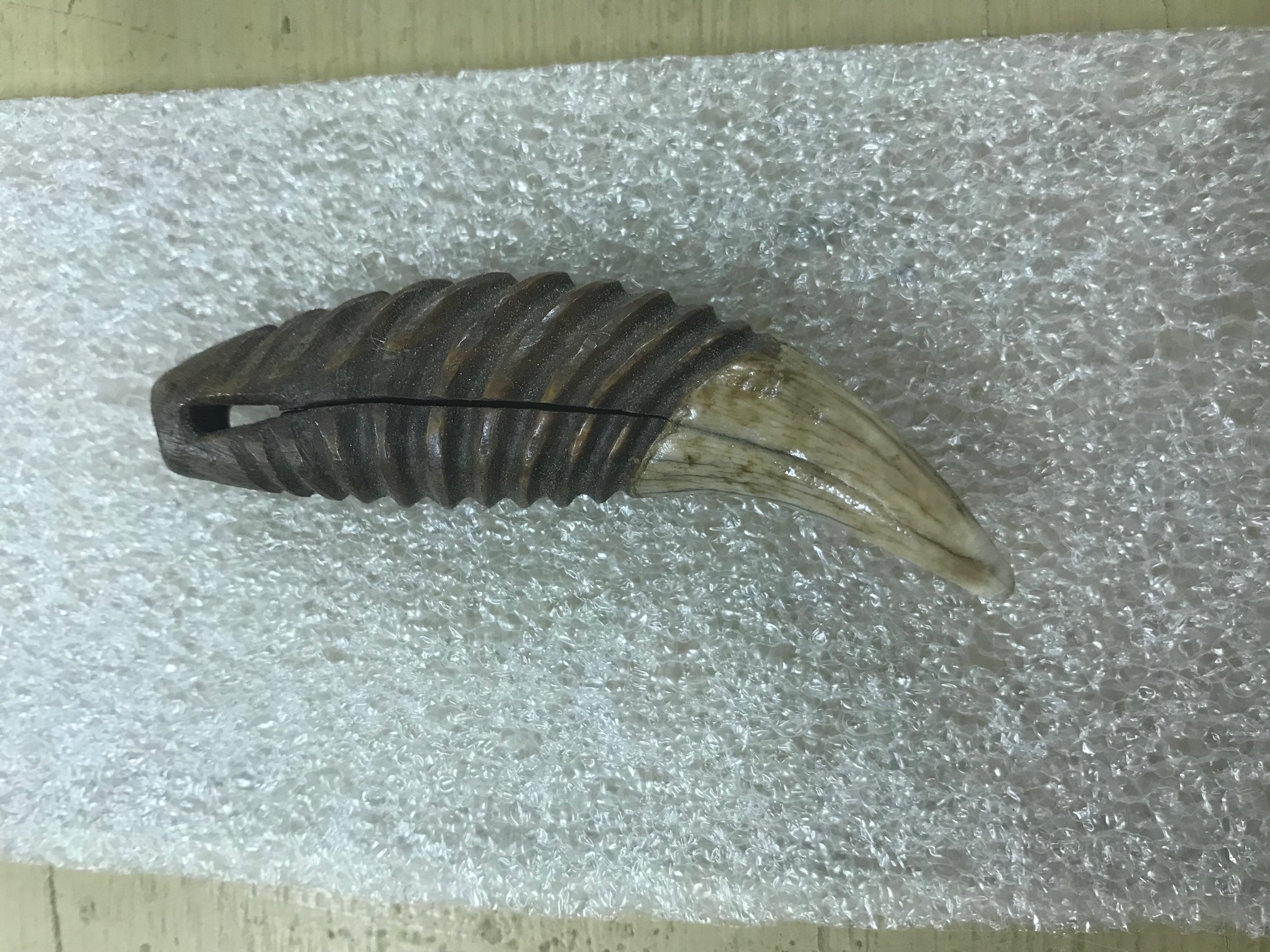 IMG_0855
A grub motif carved tooth, similar to the one I found in Kotzebue. Mine wasn't perforated, and was "chubbier" and more larva-like. 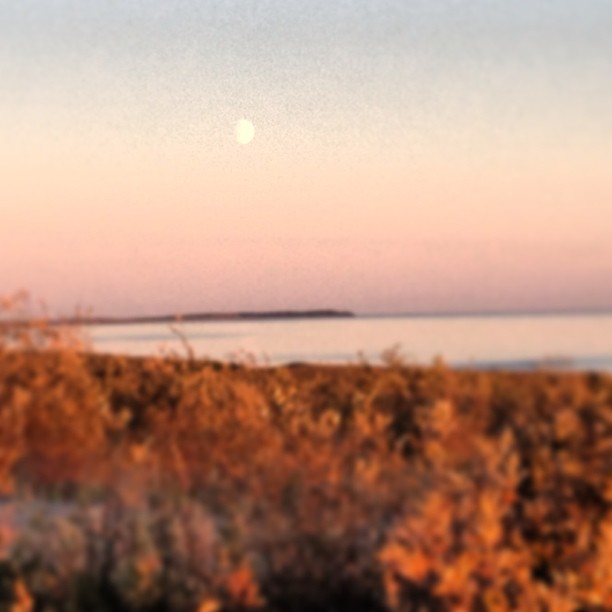 Kotzebue at Sunset
Kotzebue, Alaska at the end of my long field season for the ILMS project.