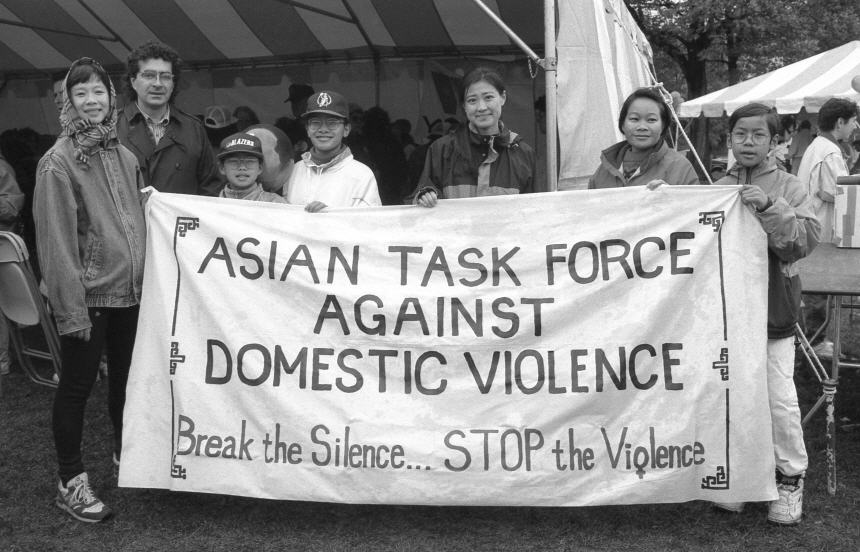 Founded by Reverend Cheng Imm Tan in 1992, Asian Task Force Against Domestic Violence (ATASK) is a non-profit organization based in Boston, Lowell and Worcester, supporting Asian domestic violence survivors and their families. ATASK offers community based services such as a multilingual helpline, emergency shelter, support groups, legal advocacy, youth empowerment projects, and life skills/English language programs. ATASK and many other Asian-American specific organizations emerged to address the needs of their community, whose concerns were often overlooked or generalized in mainstream media or government policies. The mission of ATASK is to serve a range of Asian ethnic populations through targeted and appropriate assistance.

For many Asians, violence at home is usually seen as an internal issue, something to be dealt with within the family; some also fear social ostracism if such news was broadcast outside of the home. The National Violence Against Women Survey in 1999 found that “Asian are the least likely to formally report any kind of physical victimization,” and even when reports are made there is little constructive response to them as “mainstream domestic violence agencies serve very few Asian women.” ATASK’s commitment not only to filling these gaps in available resources, but also to understanding the diversity in experience and cultural backgrounds within the Asian/Asian-American community, forms the backbone of its services. ATASK affords a safe harbor in the form of a shelter, accessible even to those who may have previously not reached out because of their basic English speaking abilities. Since 1995, ATASK’s 24-hour multilingual helpline has been one of its key services and an important counter to the State’s 800-hotline, which does not give aid in Asian languages and does not give attention to cultural sensitivity. ATASK’s helpline assists in languages such as Toisanese, Khmer, Urdu and Bangla alongside the usual East Asian languages.

ATASK also places emphasis on empowerment, both for survivors and for the Asian-American community at large. ATASK provides financial and computer literacy classes for women, primarily low-income, allowing them access to tools to become self-sufficient. Youth Empowerment Project (YEP) is ATASK’s nationally acclaimed youth empowerment program, shaped around the Asian-American experience, and serves to empower Asian-American youth to be advocates in their communities about issues regarding domestic and dating violence. In addition to its youth focus, ATASK also carries out workshops specifically to engage men and boys as allies against domestic violence, through its Waves of Asian Voices Emerging (WAVE) curriculum. The curriculum places emphasis on the intersection of cultural and social stereotypes, prejudice and discrimination with acts of domestic violence.

The goals of ATASK is conveyed through its butterfly logo: five types of rice – rice as a cultural staple of Asia – make up the body of the butterfly, representing different regions of Asia. The butterfly embodies the journey of rebirth, and the regaining of independence and strength. ATASK aspires to bring hope to survivors while making pragmatic real-life changes in their lives, and works to someday make the need for domestic violence shelters obsolete in the future.