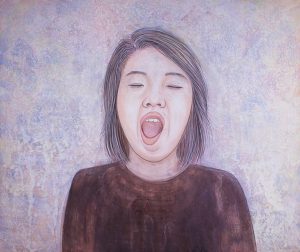 Why should we care about AAPI mental health?

Due to many factors including cultural values, generational gaps, and harmful stereotypes, Asian Americans grapple with serious mental health issues that often go unnoticed. The statistics are shocking:

According to the US Department of Health and Human Services Office of Minority Health and the National Asian Women’s Health Organization,

What does the Asian American Psychological Association do?

Started in 1972 in the San Francisco Bay Area by a group of Asian American psychologists under the direction of Dr. Derald Sue and Dr. Stanley Sue, AAPA provides resources pertaining to psychology and mental health for the AAPI community. It has grown to include over 400 members nationwide.

What does mental health have to do with social justice?

Self-care is a critical component in dealing with the psychological consequences of being a racialized group within American society. Racism and discrimination have long lasting psychological effects, as evident in the high rates of mental health issues in the AAPI community. Mike Murase, an important Asian American activist, sums up the importance of mental health for the advancement of social justice. He says the forceful assimilation to American culture through Japanese internment during World War II caused “the serious erosion of dignity and pride in being Japanese. This can be seen in the unusually high rate of stress-related diseases and premature death rate among Nisei, as well as in the extremely high percentage of intermarriage to whites and loss of culture and language among Sansei (third generation Japanese).” Dignity and culture are nearly impossible to regain once destroyed. Through research, professional practice, education, and policy, AAPA does incredibly important work to better the mental health of Asian Americans and regain the dignity and culture that has been destroyed.