Yuri Kochiyama was a lifelong activist, fighting for social justice and human rights from the 1960s until her passing in 2014. 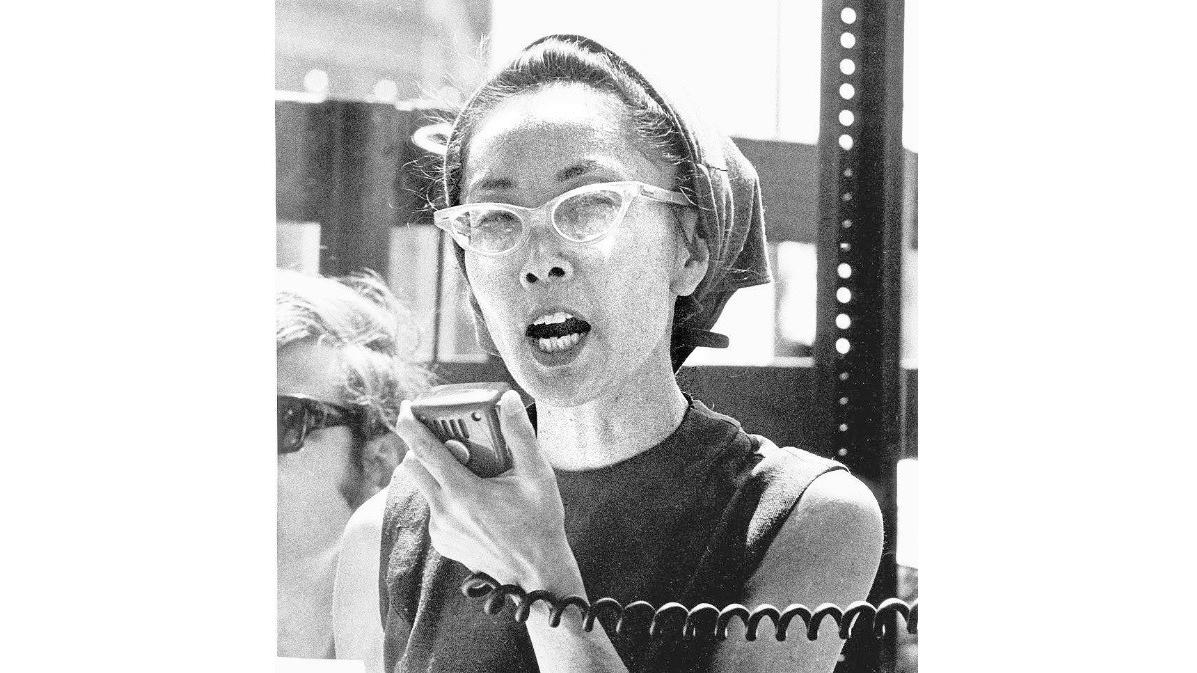 Image Description: Black-and-white photo of Yuri Kochiyama speaking into a speakerphone at an anti-Vietnam War protest in 1963.

Born in 1921 in San Pedro, California to two immigrants, Kochiyama described her twenty-year-old self as “a small-town gal living comfortably, and totally apolitical.” In 1942 after the bombing of Pearl Harbor, Kochiyama was incarcerated at Camp Jerome in Arkansas – one of the incarceration camps that held 120,000 Japanese/Japanese American citizens during WWII. Kochiyama cites this as “the beginning of [her] political awakening.”

Post-WWII, with her husband Bill and children, Kochiyama moved to a low-income housing project in Harlem, New York. There, the Kochiyama family spent time at the Harlem Freedom School (part of a grassroots organization advocating for safer streets and integrated education, which Kochiyama took part in) learning about Black history and listening to Black speakers, writers, and activists. Living in Harlem allowed Kochiyama to befriend Malcom X in 1963. Kochiyama was present at his death, cradling his head after he was assassinated in 1965. About Malcolm X, Kochiyama said, “He certainly changed my life. I was heading in one direction, integration, and he was going in another, total liberation, and he opened my eyes.” Kochiyama shifted toward Black liberation, joining the Republic of New Africa, a militant Black nationalist organization in Harlem. 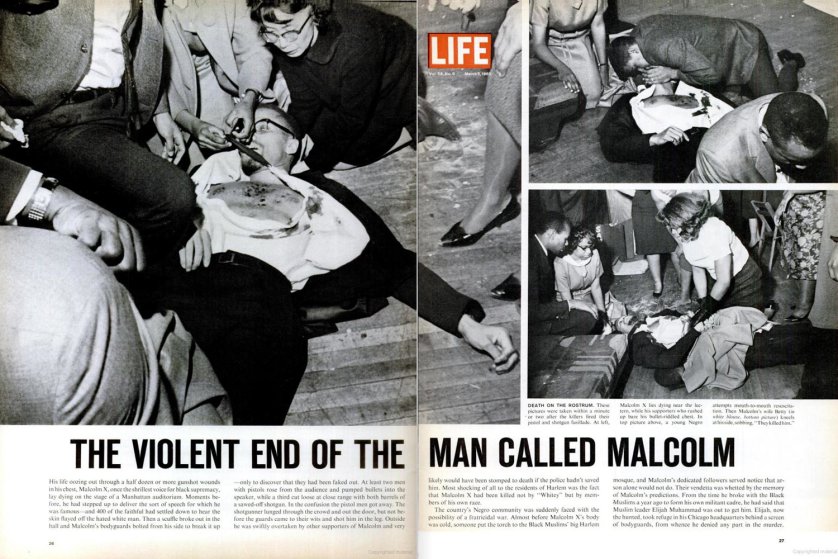 Kochiyama’s work extended to other issues of social justice. In 1969, Kochiyama joined the Young Lords Party – a community and political action group for Puerto Rican independence. Kochiyama participated in the Statue of Liberty Storming in 1977, to demand Puerto Rican independence. Kochiyama also worked to free US political prisoners – most notably Mumia Abu-Jamal, a former Black Panther and radio journalist convicted of murdering a Philadelphia police officer in 1981 and sentenced to death. Kochiyama and Gloria Lum, a Chinese American activist, co-founded Asians for Mumia – a collective of Asian/Asian Americans fighting for Abu-Jamal’s release. 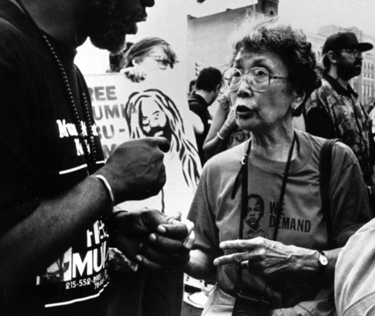 Kochiyama’s work in the Asian American struggle for social justice was extensive – from her involvement in anti-imperialist and anti-Vietnam War protests, to labor organizing, to supporting the development of Ethnic Studies programs, to advocating for compensation for Japanese American incarceration. Kochiyama also fought against the racial profiling of Arabs, Muslims, and South Asians post- 9/11. At a Bay Area peace vigil and rally in September 2001, Kochiyama delivered a speech calling upon Japanese Americans to “remember Pearl Harbor” as Arabs, Muslims, and South Asians increasingly became the “newest targets of racism, hysteria, and jingoism.” Kochiyama connected Japanese American history of incarceration to racism against Arabs, Muslims, and South Asians, while incorporating transnational issues of US imperialism and war.

Kochiyama’s lifetime illustrates her dedication to solidarity and understanding, as she says, the “togetherness of all peoples.” Kochiyama pushes us to “fight against racism and polarization, learn from each others’ struggle” and “also understand national liberation struggles – that ethnic groups need their own space… But there are enough issues that we all could work on.”

When asked the legacy she hoped to leave behind, Kochiyama simply said, “Build bridges, not walls.”