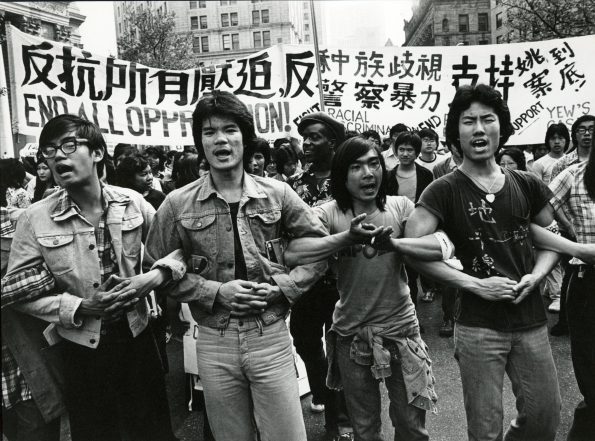 What is solidarity? Solidarity is the idea of bringing people together under a common interest in an effort to promote social justice. This unity can be seen in many ways – though feelings, beliefs, and actions, and can be fostered within and across different social groups. The importance of solidarity lies in aligning oneself with others in the collective fight against injustice. Coalitions such as Asians4BlackLives (hyperlink) and pivotal events such as the Hawaiian Sugar Strike (hyperlink) serve as a striking reminder of solidarity’s importance in the fight for equity. This part of the website highlights Asian American social justice groups that come together under the uniting power of solidarity. We will explore solidarity and its intersections with women’s rights, legal rights, rights of other marginalized groups, and environmental justice.