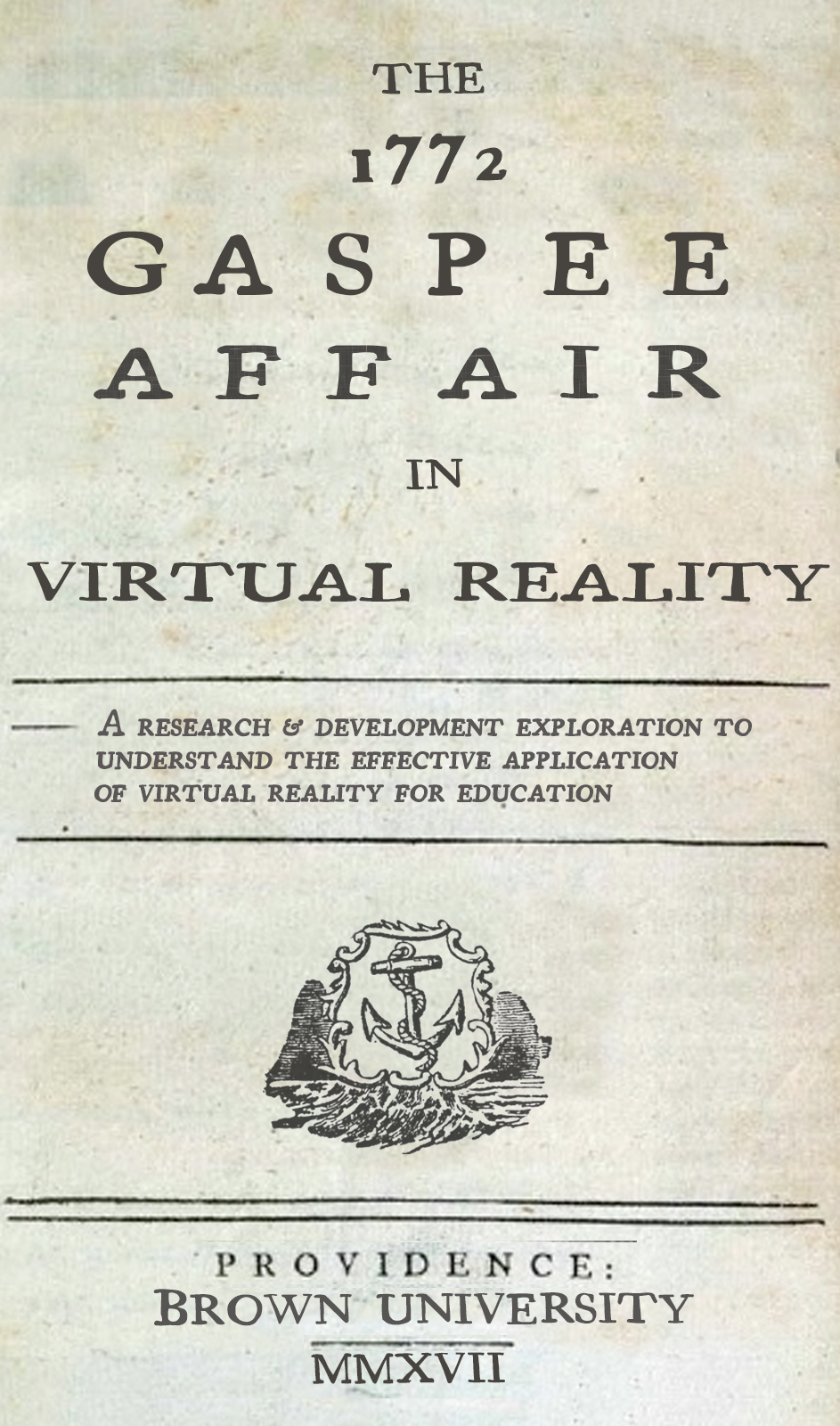 We’re using cutting edge 21st Century creative technology to tell the story of an event that took place in Revolutionary-era America.
This project is a combination of Research and Production. The Research is to understand how best to create effective, engaging educational experiences using VR technology, and the Production is an effort informed by the research and to be tested with middle school and high school students, so more insights can be gleaned.

The Story of the Gaspee Affair
In 1772, a British naval vessel,  Gaspee, was assigned to patrol Narragansett Bay in Rhode Island.  Her commander, Lt. William Dudingston, had been appointed by Admiral Montagu to monitor Rhode Island trade and stop the import of smuggled goods.  However, Dudingston himself regularly overstepped the law, stopping ships without cause, delaying their passage, looting goods, and inflicting bodily harm upon the colonial sailors.

By June 9th, 1772, Rhode Islanders were tired of Dudingston’s harassment.  While traveling into Providence from the busy port of Newport, a local by the name of Captain Benjamin Lindsey refused to lower his ship’s flag in deference to HMS Gaspee.  This small act of resistance angered Dudingston and provoked a chase up the Bay.  Hoping that Dudingston was unfamiliar with a hazard off the coast of Warwick, Lindsey used his ship, the Hannah, to lure the Gaspee into shallow waters at Namquid Point (today called Gaspee Point), where it stranded on a sandbar. 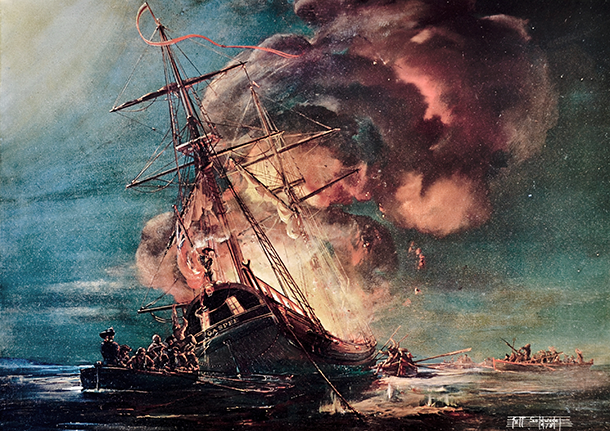 The Gaspee burns to the waterline at Namquid point

With the Gaspee held captive until the rising tide of the following day, Lindsey went into town to spread the word.  A group of Providence men came together at Sabin’s Tavern, led by the respected merchant, John Brown, and devised a plan to put an end to the suffering they’d endured under the Gaspee’s reign. 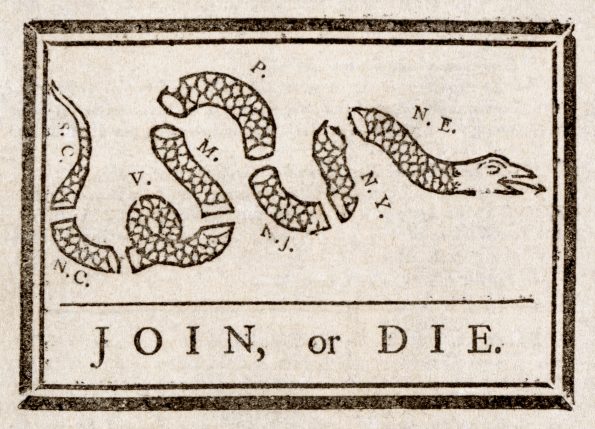 Under cover of darkness and with their oarlocks muffled, a raiding party of 80 men set out into the night, rowing south from Providence toward the stranded Gaspee. Their purpose was to arrest Dudingston. As the raiders approached a verbal battle began. At some point a colonist grabbed a musket from within his row boat and shot Dudingston who was on the deck of the Gaspee. The raiders boarded the Gaspee, captured the crew, treated the captain, plundered his quarters, removed the crew to land, the torched the Gaspee. When her gunpowder ignited the ship blew to smithereens.

King George called for a trial and offered a large reward in return for turning in the culprits, but the Colonists refused.  A spirit of solidarity grew in Rhode Island and spread throughout the colonies.  The fact that King George decreed that the Gaspee raiders be tried in England instead of in the colonies got the attention of Sam Adams, in Boston, and eventually all the colonial leaders as the issue motivated the formation of Committees of Correspondence among the colonies.

The Gaspee Affair was one of the earliest acts of rebellion in the colonies, and acted as a catalyst in the revolution.  Rhode Island would become the first colony to declare its independence on May 4th, 1776; the national Declaration of Independence was signed two months later.