This list includes session proposals that were entered online prior to the unconference and those that were proposed on paper at the event.

New to Town – Exploring via Maps and Ratings
Logan Hinderliter
Type of Session: Outdoor Exploration
Have you ever been new to town or visiting an unfamiliar place and you need to orient yourself? Are you looking for where to get a coffee, trying to find a museum, get lunch, or visit a historic site? Where do the locals go? What are the “must-see” sights? We often turn to digital mapping software or rating sites like Google Maps, Trip Advisor, Yelp—or the like—to get us started. Does doing so prioritize a certain type of navigation and engagement with the built and natural landscapes? Let’s explore these questions and navigate in real-time in Silver Lake.

Creating the Best Path for Inclusive Preservation
Dwayne Keys
Type of Session: Discussion (possible @ 2pm only)
Either panel discussion or round table conversation on how historic preservation has a tendency to benefit a select few, mostly white with higher incomes & asset levels; & that communities of color & other historically excluded groups have much to gain from preservation efforts yet such efforts are not fulfilled in a way that is inclusive of those communities & doesn’t provide equity in decision making of what to focus on for preservation.

St. Anthony’s Parish — History and Demographic Changes
Paul Tognetti
Type of Session: Outdoor Exploration (possible @ 11am only)
Let’s discuss the founding of the parish and the subsequent history of St. Anthony’s Church while we visit the church, located next door to the Silver Lake Community Center. Let’s talk too about the changing demographics of the Silver Lake neighborhood, particularly over the past 25 years.

SLICE: A Design Proposal for Rehabilitating Buildings in Underserved Communities
Ian Baldwin and Jonathan Bell
Type of Session: Discussion
This session will be a discussion about a novel adaptive reuse strategy for large, underused buildings. SLICE is designed to visually repopulate large buildings through a shallow, top-to-bottom build-out directly behind the facade, and can cost-effectively bridge the gap between abandonment and full rehabilitation, activate urban spaces, and provide regenerative effects on blocks and neighborhoods. SLICE discussion topics could include: new approaches for reusing abandoned buildings, preservation equity, incremental urbanism. Let’s discuss!

Documenting and Recreating a Neighborhood: Silver Lake
Maureen Taylor
Type of Session: Discussion / Bring Your Stuff!
OldPVD.com seeks to document under-photographed and underserved neighborhoods plotting details on a series of historical maps. Crowdsourcing photographs, information, and memories can recreate the misplaced history of the Silver Lake neighborhood. It’s likely that images of the area exist in family collections, the challenge is finding those individuals who once lived, worked, and worshiped here.

What Does Superman Mean to You?
Kelsey Mullen and Rachel Robinson
Type of Session: Discussion
The Industrial Trust Building (aka Superman) — once the keystone of a vibrant downtown, now a dormant tower on the skyline of Providence. What does this building mean to you? For Rhode Islanders with long memories, what do you remember about the Superman building? What experiences have you had in and around the building? What does it mean now that it’s been vacant for 7 years? Do you even notice it anymore without something going on there? And what could the building mean to you in the future? How might Rhode Island’s tallest skyscraper serve the city once more? Come dream and remember with us.

MY Grandma Dressed like a Lady When She Went Downtown
Traci Picard
Type of Session: Discussion
Photographs of the old days inspire a lot of comments. “Everyone looked so nice in the old days.” “Look at all the nice outfits, not like THESE DAYS.” ” I wish I could return to a time when men were men, and women were women.” And my favorite…”Well, MY Grandma dressed like a lady.” What is the role of old photographs in shaping our conceptualization of the past? Especially on the internet, where nostalgic Facebook groups and longing for a romanticized past flourishes. Who was photographed, and who was not? How is our idea of the good old days shaped by race, class, gender? How much of that nice outfit was actually rented for the photo? Where are the photos of workers? People covered in dirt, doing really hard jobs? Where are the photos of people pained by restricted movement, corsets, tight shoes? How is nostalgia being packaged and monetized to suit modern cultural and political purposes? And can we talk about the connections between clothing and cultural assimilation? Through all of these questions and more, this session is about inquiring into the nostalgia framework and how it affects history and heritage.

The “Luxury” of Going Green: Class and Race in Environmental History
Beth Folsom
Type of Session: Discussion
Proponents of environmentalism argue that attention to issues of climate change, renewable energy, and clean air and water benefit us all. But addressing these issues also highlights the ways in which going green means different things – and raises different challenges – for poor communities, immigrants and people of color. In many urban areas, the desire for dedicated and protected open spaces exists in tension with the need for more (and more affordable) housing. Families living in food deserts often struggle to afford enough food for their children, let alone worrying about – or paying a premium for – organic produce. And low-income neighborhoods are often the last to benefit from environmental cleanup initiatives. In what ways do the histories of socioeconomic advancement and environmental protection intersect? What are the “blind spots” of white, middle- and upper-class activists in addressing the needs and concerns of the poor, immigrants, and those of color? How can we as historians grapple with these issues in our attempts to engage with the complicated history of environmentalism?

Street Photography: Getting to Know Your Neighborhood through the Camera’s Lens
Lauren Yapp and Eric Kim
Type of Session: Outdoor Exploration
Try your hand at street photography and get to know your neighborhood (and neighbors) in a whole different light! Led by professional street photographer and vlogger Eric Kim, this session will introduce us to some of the basics of street photography and then give us a chance to try our hands at it through a fun and confidence-building activity that takes us out into the Silver Lake neighborhood. No fancy cameras or equipment needed, just your smartphone and a sense of adventure.

Silver Lake – Born in Battle, Freed by Slaves
Peter Fay
Type of Session: Discussion
Silver Lake burst onto the Rhode Island stage for the first time when it defined the border area of Johnston, when Johnston broke away from Providence in the year 1759. But how should we interpret this early birth of a village from our vantage point today? Perhaps as a creation of war, as it was part of an act of the colony authorizing more troops for the French and Indian war, which drew on over 50 Rhode Island African-Americans and Indians, both enslaved and free. Or perhaps it is a symbol of British rule, as it was named after Augustus Johnston, later burned in effigy at the Stamp Act riot against British taxes, a functionary who inherited his wealth from a slave auctioneer. Or perhaps it’s a symbol of defiance of British rule, as Silver Lake was the residence of Priamus Brown, owned by Gideon Brown. Priamus was enslaved on Gideon’s farm, but later sold to the colony for £120, being freed to fight the British in the “Black Regiment.” In microcosm, the birth of Silver Lake contains the seeds of all the contradictions of race, class and power, planted in the land we know today as America. We are still living with the fruit of these contradictions.

Making the History and Legacy of Slavery in Rhode Island More Visible
Elaine Stiles
Type of Session: Discussion
Research on the history of slavery and the slave trade in Rhode Island and New England grows annually but awareness by the public is often limited. Should this history and legacy be more visibly interpreted in the built/historic environment and landscape? If so, how should this happen? What would/might be effective? Who should be involved? What models exist? What’s working already?

Tsuru for Solidarity and Crane-Making Workshop
Kiku Langford McDonald
Type of Session: Discussion and Making Workshop
Learn about Tsuru for Solidarity — a grassroots movement led by Japanese Americans across the country, in solidarity with immigrants who are being incarcerated. We are folding 125,000 paper cranes to represent the over 125,000 Japanese (both citizens and immigrants) who were incarcerated due to lies, racism and fear-mongering after the attack on Pearl Harbor. How can we stop the same thing that is happening now?

Future Decker
Wandy Pascoal, Polly Carpenter and Conor McDonald
Type of Session: Discussion
What is the future of New England’s vernacular urban housing type, the triple-decker? What are the social and cultural functions of the type that stay relevant, that are at risk, and that we want to carry forward?

Guerilla Burial: Positioning Death in the Built Environment
Eleni Contis
Type of Session: Discussion
What role do death care and cemetery spaces play in the collective identity and preservation of a community? Let’s talk about the power of the body to reclaim land as it becomes part of the built environment.

Native American Mascotry
Kiku Langford McDonald
Type of Session: Discussion
Many schools in the US still use offensive Native American mascots, despite numerous requests by Indigenous peoples to change such imagery and names. One example is Ponaganset High School. Listen to one story of what worked and what didn’t work when a town in Connecticut, just over the border from Foster/Gloucester, and discuss the best strategies for creating change in Rhode Island and across the country. Lear about allyship and solidarity and share best practices. 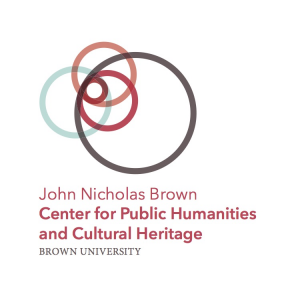