I write to express my warmest congratulations and best wishes to you and your colleagues at the Haffenreffer Museum on its milestone 60th anniversary with Brown. 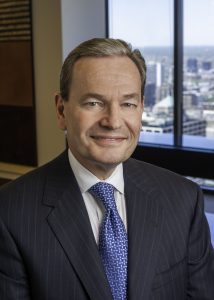 Samuel Mencoff earned a Bachelor of Arts degree with a concentration in Anthropology from Brown in 1978 and was elected chancellor after having served on Brown’s Board of Fellows since 2009.

I recall with great fondness my undergraduate experience as an Anthropology concentrator, and the extraordinary professors whom I studied with, including Doug Anderson, Jim Deetz, and Peter Schmidt to name but a few. These wonderful teachers and scholars sparked in me a deep interest and passion for how, through careful interpretation of the archaeological record and their material remains, we could come to understand something more about how human beings lived, worked, and organized themselves before recorded history.

My study and fieldwork at Brown, in conjunction with the Haffenreffer, left me with an enduring appreciation for how, through the examination of humanity’s past, we may gain a greater understanding of ourselves and the world that we inhabit today. In this way, the critically important work that the Haffenreffer does every day in conserving and interpreting humanity’s past is so essential to illuminating its future.

Congratulations again on all that the Haffenreffer has accomplished in its first sixty years, and all that it will yet accomplish in the decades to come.