PART 1:  I arrive at the Museum 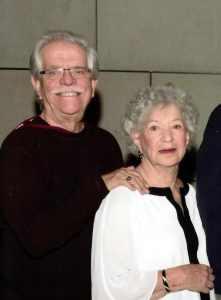 Living in Fall River, aged 31, in the late 1950s, and with four children, I was a bit bored. I was disinterested in bridge, mah-jongg and social activities. I had left N.Y.U. at 19 to get married and I felt my mind beginning to rust. And so, I saw a list of evening adult courses being offered at Brown University, a half-hour drive from my home. I chose a course in South American Cultures with Professor Dwight Heath. I found it absorbing and felt that it raised interesting questions. Professor Heath wrote me a note after the class ended inviting me to attend another of his courses, which I did. I also worked on classifying a set of slides developed by Professor Heath based on his work in Bolivia. Having enjoyed that project, I asked him if there were other “hands on” things I might do. He mentioned that Brown had a museum, the Haffenreffer Museum, in Bristol, Rhode Island – quite close to my home. He suggested I call and ask if the museum would accept me as a volunteer, which I did. The year was 1959 or ’60 and the call set me on a path that transformed me from a young mother to a career that ended at an “international think tank” in California. It also created a friendship that has lasted 50 years.

My first day at the Museum was itself a startling event. I left my home on a snowy very cold day in my ‘50s station wagon. I hit a patch of ice, rolled over, and ended upside down in a ditch, wheels spinning in the air. I rolled up the window and crawled up the wet muddy bank just as a jeep and driver passed by from the nearby army installation. I asked him to take me to the museum to keep my interview appointment!

The first one to greet me was Judith Huntsman. She was not the least disconcerted by my muddy appearance, and after I cleaned up a bit and phoned a tow truck, I was introduced to Marge Tomas, J. Louis Giddings’ competent and cheerful secretary, and had a tour. Judy gave me my first assignment that very day – to paint white numbers on stone artifacts, then to measure and describe them and list them on a work sheet – which I did.

At four o’clock, with the sun beginning to set, I was driven home by the eminent Arctic archaeologist, Louis Giddings himself. I had a lot to tell my family that night.

Part 2: What I did and what I learned at the Museum 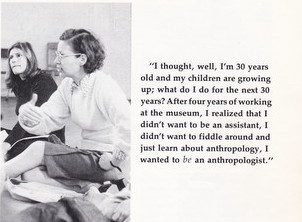 After several months “decorating” rocks, I was designated by Judy – who assigned students and me our tasks – as the “basket lady”. There were closets full of Indian baskets of unspecified origin which I was to classify as to type, material used, and tribal origin. For my source, I used Mason’s Basketry of the American Indians, a Smithsonian publication. I took great pleasure in the task, and came to an appreciation of Indian artwork that served me well later in my own class on that subject. During this time, I helped Judy to create and arrange displays and I guided young students on tours. One day, I learned Dr. Giddings would be giving a class on Circumpolar Peoples, a seminar for graduate students including Douglas Anderson, Bill Simmons, and Judy. Judy asked for and got permission for me to “sit in”. I was also encouraged to write a research paper, which I did. At the end of the class, Louis asked if I’d be interested in applying for a scholarship to take an M.A. in Anthropology at Brown. I explained that I had never finished my B.A. and he suggested I “go pick one up”! And thus, began my training, first at U.R.I.’s evening extension in Providence and then, with 2 years of credit, I entered Brown in 1963 as a part-time student.

We had a lot of good times at the Haffenreffer as well as a lot of laughs. Once, Barry Bainton, our “stone tools” guy found a hidden passage to a storeroom ½ level below the museum floor. It contained many bottles of liquor stashed there no doubt during the Prohibition Era. We toyed with drinking some, but health concerns won out, so it was all tossed. Another time, Judy and I went to Jamestown Island to check a farm site that had yielded a beautiful copper necklace. The property, owned by Mr. and Mrs. Wright, sat on a promontory overlooking the water. Because it showed promise as an excavation, we decided to report it to Bill Simmons, who eventually dug the site and wrote it up in a monograph. On yet another occasion, Judy was asked by the Newport Historical Society to assess items they wanted to dispose of because they were not related to their maritime collections. There were some magnificent things brought back by either missionaries or whaling ships and our eyes “bugged out” when we saw them – we thought them priceless! I wonder what has happened to those objects we retrieved that day?!

When Louis went off with his family on a Fulbright one summer and Judy was elsewhere, Marge and I ran the museum, I as Assistant Curator. Since I was no longer a “volunteer” Louis asserted that “I was working and should be paid”. It was that summer that I began to feel like a professional woman.

Part 3: After the Museum 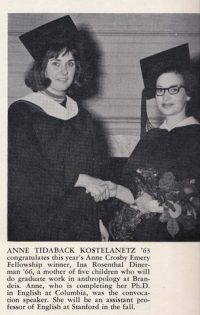 I entered the Ph.D. program at Brandeis University, commuting one hour each way three times a week. I took two kids ages 5 and 8 to rural Mexico with me to do 9 months of fieldwork for my dissertation, which was published in Mexico, in Spanish, in 1972, the year I was awarded my Ph.D.

I was hired in my final year of “writing up” by Southeast Massachusetts University, now the University of Massachusetts – Dartmouth. In 1973, I joined the faculty of Wheaton College, in Norton MA, where I was a tenured Associate Professor for fifteen years. I made two further field trips and published over 20 articles. In the later years of my research, I focused on patterns of migration to the United States and their effects on the families and communities the migrants left behind. I lectured on migration at the Rockefeller Foundation, the Woodrow Wilson Institute, and advised senatorial aides during the passage of the Simpson-Mazzoli Immigration Bill. In 1980, I was designated a Research fellow at the Center for U.S. – Mexico Studies at the University of California, San Diego. There, I published a monograph on my migration studies. I also authored an article for the Cambridge University Encyclopedia of Latin American Studies on migration patterns in Latin America. In 1985, I left Wheaton College and took up a second fellowship at UCSD, where I remained until I retired. My final book, an edited volume, was the result of papers given at an international conference organized by me on regional linkages between the U.S. and Mexico.

I have had a rich and satisfying life and career and know the satisfaction of using all of one’s potential. Now 88, I am happily married to my second husband of 34 years and am the grandmother of 9. Some of my students have advanced Anthropology degrees and continue to “carry the torch”.