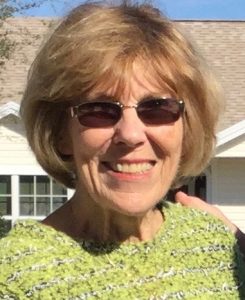 Sixty years ago, when I was an undergraduate, the Haffenreffer Museum didn’t exist. As it developed we heard about it, but it was “way over” in Bristol. We young ladies at Pembroke didn’t venture much beyond Thayer St., so I spent 4 years never having seen that special place. I’m not even sure I knew what anthropology was!

Many decades later, having been a public school teacher for 30 years and then retiring back to RI in 1998, I became involved with a vibrant group of lifelong learners on the Brown campus (called BCLIR – Brown Community for Learning in Retirement). It was exciting to be back on campus, taking semester long collaborative learning courses, soaking up new ideas.

This led me to not only just taking classes, but also to designing courses of study that would be interesting to retirees. I discovered the Haffenreffer was moving to Manning on campus… what a joy! I finally learned more about anthropology! 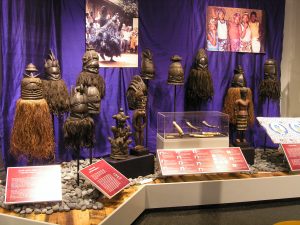 Around 2007, after I had traveled to Africa a couple of times, the Haffenreffer set up an exhibit, Believing Africa, designed and curated (as are nearly all of the Museum’s exhibits) by Brown students, coached by the Museum’s staff.  I met with Kevin Smith, the Haffenreffer’s Deputy Director, and pitched the idea that we might hold a lifelong learning class right in the exhibit area.

He gave us the go ahead, thus we had a very successful learning experience… not just read-about/ research type of sessions, but sitting right in the midst of an outstanding collection of artifacts and resources. Each person in our class focused on one exhibit area and shared what they learned. We were immersed and enriched in this wonderful academic museum environment. 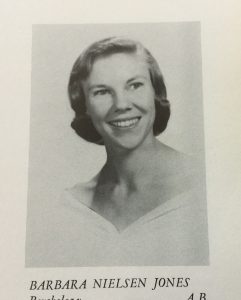 Now, ten years later, we are still grateful for the experience of being engaged in learning about a topic new to us, which challenges our brains and has continued to spark interest in anthropology, ethnography, and the cultures of many peoples of this globe. Thank you, Haffenreffer!