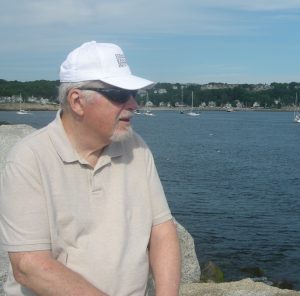 Dr. Giddings (the only Brown Professor I had who was always “Doctor” to me) was a teacher, mentor, and friend during my undergraduate career at Brown. After I graduated, a year after my entering class, I joined the newly created Peace Corps and was sent to Peru. Dr. Giddings encouraged me to make a collection of ethnographic artifacts for the Museum while I was there. I left for Peru a month after the Gulf of Tonkin Resolution (August 7th, 1964). This marked the formal start of the United States’ involvement in the Viet Nam War. Three months later, I received a letter along with a newspaper clipping from Judy Huntsman, Dr. Giddings’ graduate student and fellow worker at the Museum, announcing his death. Two years later, I returned to Rhode Island with the collection.   END_OF_DOCUMENT_TOKEN_TO_BE_REPLACED 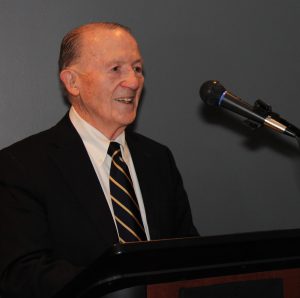 Professor Giddings was a very gentle person who loved his work—and was very good at it. In my case, having worked weekends at the Bristol museum site regularly during the academic year and having participated in three summers of field research in Alaska as his student assistant, I had the opportunity to learn from him about the discipline of anthropology and especially archaeology through conversations beyond the classroom setting. This was invaluable. If I had a question or wished to discuss some topic, even personal, that was on my mind he was always there. If he had opinions about particular scholars or lines of thought he would express them. This helped me at an early age to understand that it was OK to respect my own thoughts, not to seek trends however elite they may seem to be, and decide for myself how to approach the discipline. This served me as a graduate student during the years when ethno-science and French structuralism dominated the field and grad students were eager to sign on to one or the other of these. I felt inclined to be a listener, to learn what was to be learned, even to be moved and smitten by it, but to not personally identify with intellectual cliques. At graduate school I saw that happening among my peers and regarded it as a kind of disassociation from reality. END_OF_DOCUMENT_TOKEN_TO_BE_REPLACED

PART I: REFLECTIONS ON LOUIS GIDDINGS AND THE HAFFENREFFER’S EARLY YEARS

I first met Louis Giddings at an interview in University Hall in spring of my freshman year, 1957. I had applied for a campus job and the application asked for information about work experience, interests, etc. that might fit with campus hiring needs. By job, I assumed it would be something like waiting tables in the Refectory and was very surprised to learn that my interview would be with Professor Giddings, the Director of the Haffenreffer Museum. I had been interested in local (i.e. Providence, Cranston, Warwick) archaeology and accumulated a small collection of surface finds of arrowheads and other stone tools and had read lots on the subject and had been a member of the Narragansett Archaeological Society. Professor Giddings asked a few questions and offered me a position working with the Museum’s collections. I have never ceased thanking my lucky stars. Professor Giddings was the most kind and influential faculty member I knew at Brown.
END_OF_DOCUMENT_TOKEN_TO_BE_REPLACED 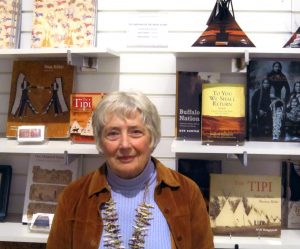 Hail at the Brooklyn Museum when consultant for TIPI exhibit, 2011.

In 1955 the Haffenreffer Museum of Anthropology transformed from a private collection with few viewers to a university museum with a diversified audience and a profound commitment to the indigenous peoples, world-wide, whose artifacts the museum held.  Douglas Anderson embedded this philosophy into our first mission statement, writing that we have a responsibility to the communities from whom our collections have come. END_OF_DOCUMENT_TOKEN_TO_BE_REPLACED 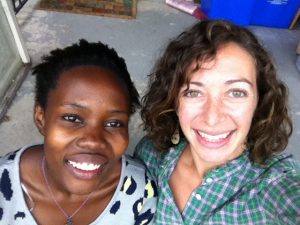