The room is quiet. There’s only the soft tappings of fingers on keyboards, the hushed swishes of paper turned.

The book being wheeled to me is large. Large as my forearm and just as thick. It comes in a thin wooden sleeve, covered in canvas and patterned paper.

It is heavy, this book. Heavy as though the body’s inside it are merely compressed, losing nothing of their mass, instead just gaining in density.

The wood of the sleeve bends obligingly as I slip my hand between it and the book’s cover, gently, like a caress, and I coax the book out.

I rest it on its incongruous throne of gray foam.

Its cover is handled-smooth leather, and its stacked pages make a freckled pattern of brown and red on long waves of paper, like strata that has formed over centuries. 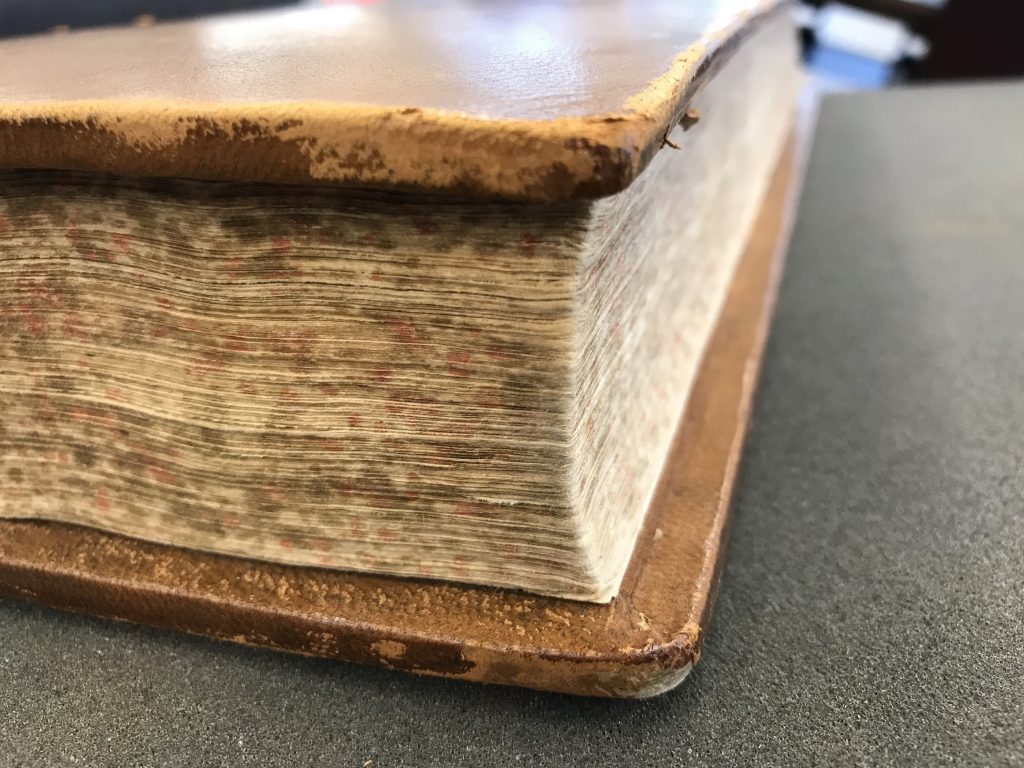 This book is 4 and a half centuries old. It wears one-century-old sheepskin that’s discoloring and peeling.

Studying this book is a full body exercise. The act of reading is becoming an illustration of bones and joints and muscles and skin. I focus on the tension in the muscles of my arm as I slip the book out of its box, on the soft cushion of my palm as I carry it to the table, on the texture of my fingertips as I touch the pages.

I lay the newer and English-translated edition on the other side of my computer. It fits better on its cushion couch. I listen to my skin skim its paper. the texture is remarkably close to the original, and yet my fingers seem louder to me, as they skim over the new paper. 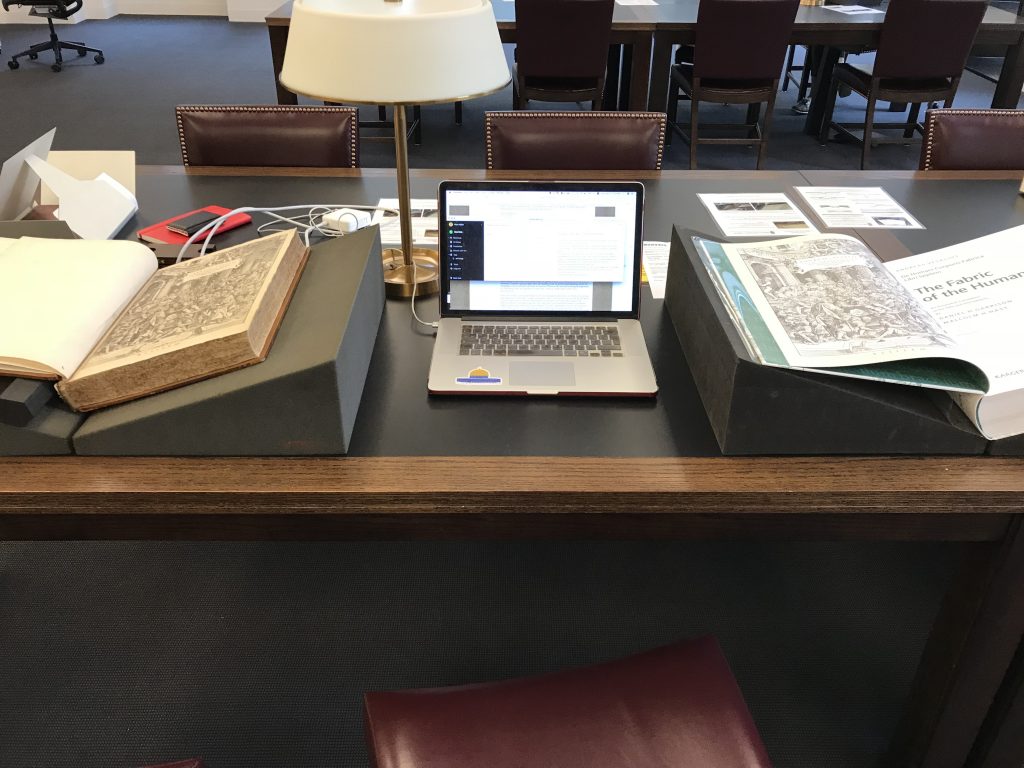 The pages fall to one side, curving and springy, like a supple youthful body. The spaces they create waiting to be filled with memory and weighed down with age. 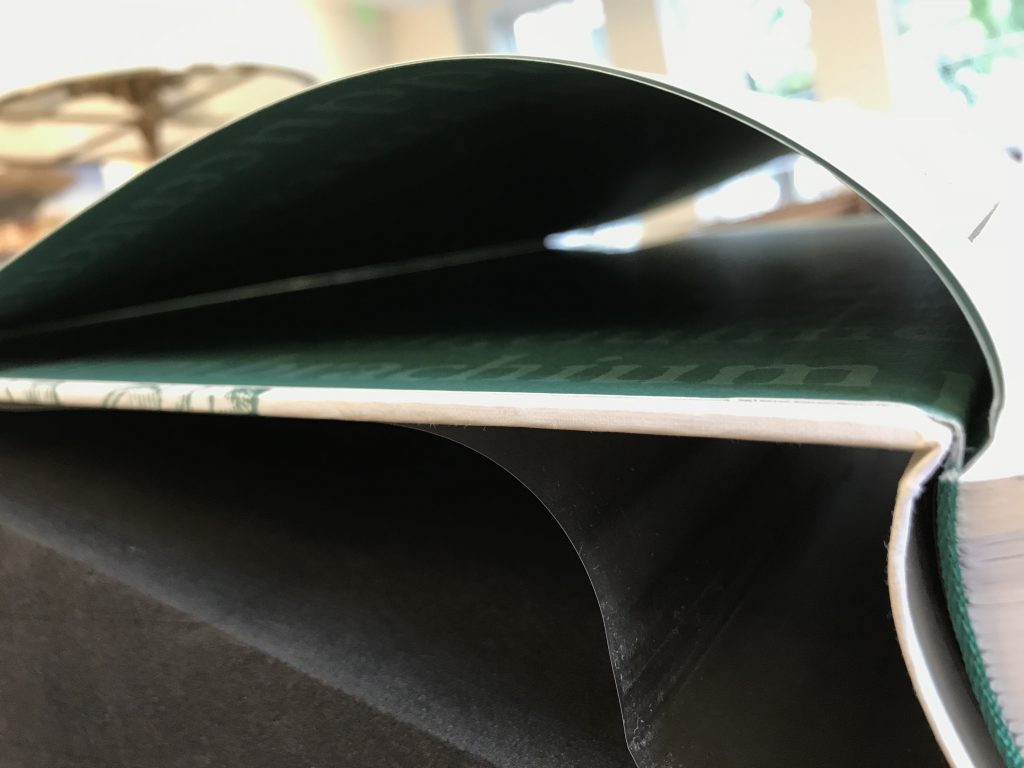 This volume is a collection of books, Vesalius’s classification of the human body, and is based on his lectures at the University of Padua. In these lectures, Vesalius himself dissected corpses, at a time when dissection was considered base manual labor, and usually conducted by barber surgeons, under a doctor’s direction.

I’m squeamish. I try not to imagine opening this book is like opening a person’s chest.

I sit between the two copies, in a space where translation from one language to the other has begun but not yet fully formed. The Latin is set, but the English is still in flux.

I find the indeterminacy that’s in the translation space interesting, and the changing sentences sometimes read like poetry. I am focusing on the mouth for this post, the public spaces for language in our bodies. Vesalius’s language in his headings and descriptions translate in ways that lack the scientific sterility that I expect. If I were to take this forward, I would want to continue translating, using the imperfect google translate, and mining for interesting and poignant lines that come up through the process. I would also like to look more into the Skin category of the book, and translate from those pages. The experience of handling the book itself can make you hyper-aware of your skin, and I would be interested to explore that process.