My lack of knowledge in both botany and Latin made me approach De historia stirpium commentarii insignes [Remarkable Commentaries on the History of Plants] by the German author Leonhard Fuchs as a visual, tactile, intuitive but also a very deceptive reader. The copy from 1543 preserved at the John Hay library is heavy, with a soft and white binding –probably leather–, the paper is thick and it is preceded by two ex-libris that, as I open the jacket, make me think about the traces of possession imprinted in this sixteenth-century object. I see that the book once belonged to Gerard van Swieten – I wonder why he chose two dogs and three violins for his ex-libris. I type his name into Google and discover that he was a Dutch physician from the eighteenth century who, according to Wikipedia, fought “against superstition during the Enlightenment, particularly in the case of the vampires, reported from villages in Serbia in the years between 1718 and 1732”.

I imagine how different my approach to the book is going to be from that of a Dutch physician fighting against supernatural forces during the eighteenth century. Then I find a more familiar name, Albert Edgar Lownes, and after that a partially ripped off ex-libris that reads Botanische Museum der K. Universität and the big Brown University label. I think about our body of knowledge regulated by a bibliographical obsession and decide to look into the catalog entry of De historia stirpium commentarii insignes: the Library of Congress subject for this book I am trying to decipher with my mutilated understanding is “Botany Pre-Linnean works”. The idea of Linnaeus creating a dividing line in our understanding of the natural world makes me evoke the Enlightenment and its taxonomic anxiety.

When I finally open Fuchs’ book, I discover he is also very much guided by a taxonomic instinct, but in his case, it seems more alphabetical than scientific which makes me feel closer to Fuchs than to Linnaeus somehow. As I contemplate the plants’ drawings engraved in the book, I see they are totally isolated, floating in the blank space of the page – like those alienating body parts that flood Vesalius’ fabrica. As I try to think about the implications of encapsulating nature in order within the pages of a book, I wonder how Fuchs felt about the paradoxical triangle that the terms nature, artifice and mimesis drew during the Renaissance. And then I look at the ornamented capitals that open each new depiction of a plant and I discover that nature there is no longer pictured in a pristine state, but rather surrounded by crafted artifacts: vases, staircases, musical instruments. 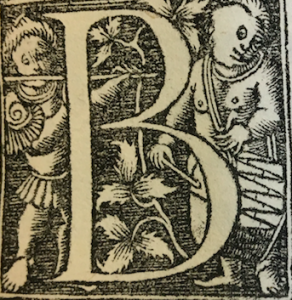 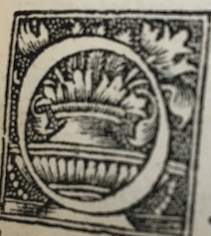 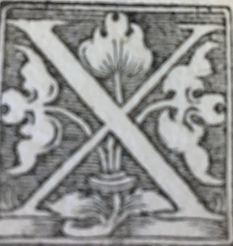 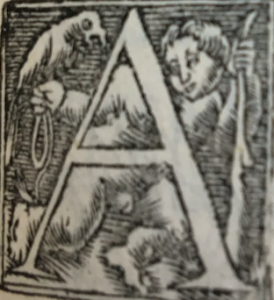 Maybe this human presence in the tiny space of the capitals could be a subtle claim of the artisan’s authority behind this book.

At this point, I decided to compensate for my lack of knowledge of Latin, Fuchs, and botany with a quick bibliographical search. Sachiko Kukusawa in her book Picturing the book of Nature: Image, Texts and Argument on Sixteenth Century Human Anatomy and Medical Botany (2012) starts by remarking the unusual portrait of Fuchs that opens the book: “it was a full-length figure with no background, setting, decorative motif, or cue to link him to a traditional format. Instead of a book, he held a sprig of germander speedwell” (107). 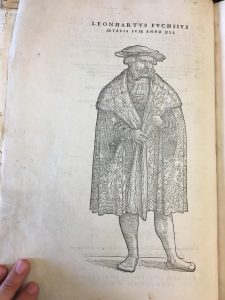 Indeed, Fuchs did not depict himself holding a quill but a bunch of flowers. Very much in the fashion of Vesalius, as Kukusawa also states, Fuchs’ emphasis lies on autopsia (107): seeing for oneself seemed to be the key to knowledge. I am very pleased to find translations of the Fuchs’ Preface in Kukusawa’s book:

To the description of each plant we have added pictures [imagines]. These are lifelike [vivas] and modeled after nature [ad naturae aemulationem] and rendered more skillfully, if I may say so, than ever before. This we have done for no other reason than that a picture expresses things more surely and fixes them more deeply in the mind than the bare words of the text … Who, I ask, of a healthy mind would condemn a picture which is agreed to express a thing much more clearly than they can be delineated with any words, even of the most eloquent men? It has indeed been ordained by nature in such a way that we are all captivated by a picture. Those things which are presented and depicted to the eyes on paper and panels adhere to the mind more deeply than those described by bare words. Hence it is obvious that there are many plants which in order to be recognized cannot be described by any words, but being placed before the eyes in picture, can be recognized immediately at first sight. (111-112)

When in the very last page of the book, I see the engravings of the Pictores Operis (the painter and the engraver) and the Sculptor (woodcutter) copying plants placed with care in a vessel, I smile at this ironic turn: the desired unmediated approach to nature that Fuchs seemed to have turned out to be a succession of translations from nature into wood and later into paper. 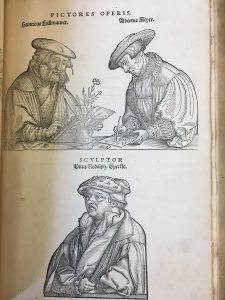 In the first lines of the introduction to Uncreative Writing: Managing Language in the Digital Age (2011), Kenneth Goldsmith proclaimed that “[T]he world is full of texts more or less interesting; I do not wish to add anymore” (1). Later on, he would argue that in the new era of unlimited data everything can be textualized. Following Goldsmith’s idea of the necessity to not create anything new, but just negotiate with the existing finding new ways to write, I decided to betray Fuchs’ blind trust in the pictorial and subvert his images turning them into new forms of text. How would an Aloe drew in the sixteenth century look translated into a twenty-first-century language? A language made out of numbers that my mind, trained in the Humanities, also cannot understand. 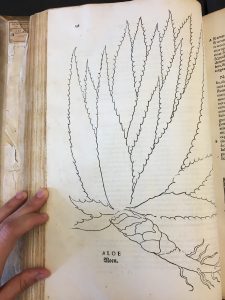 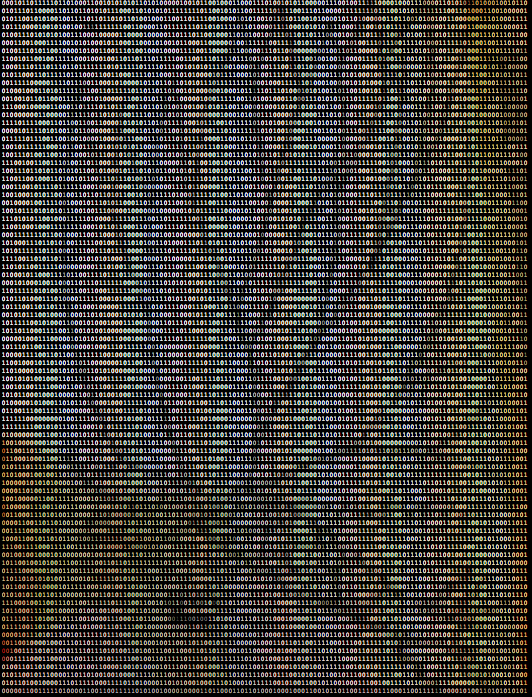 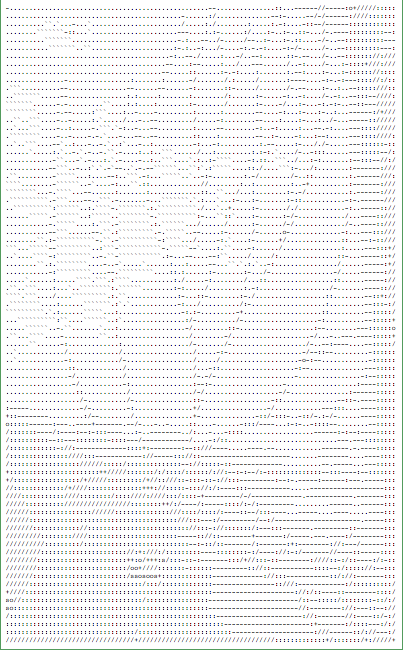 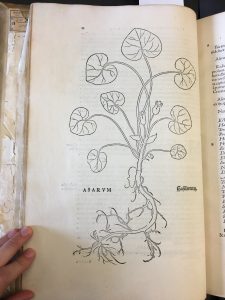 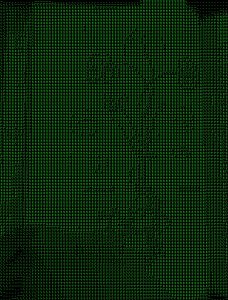 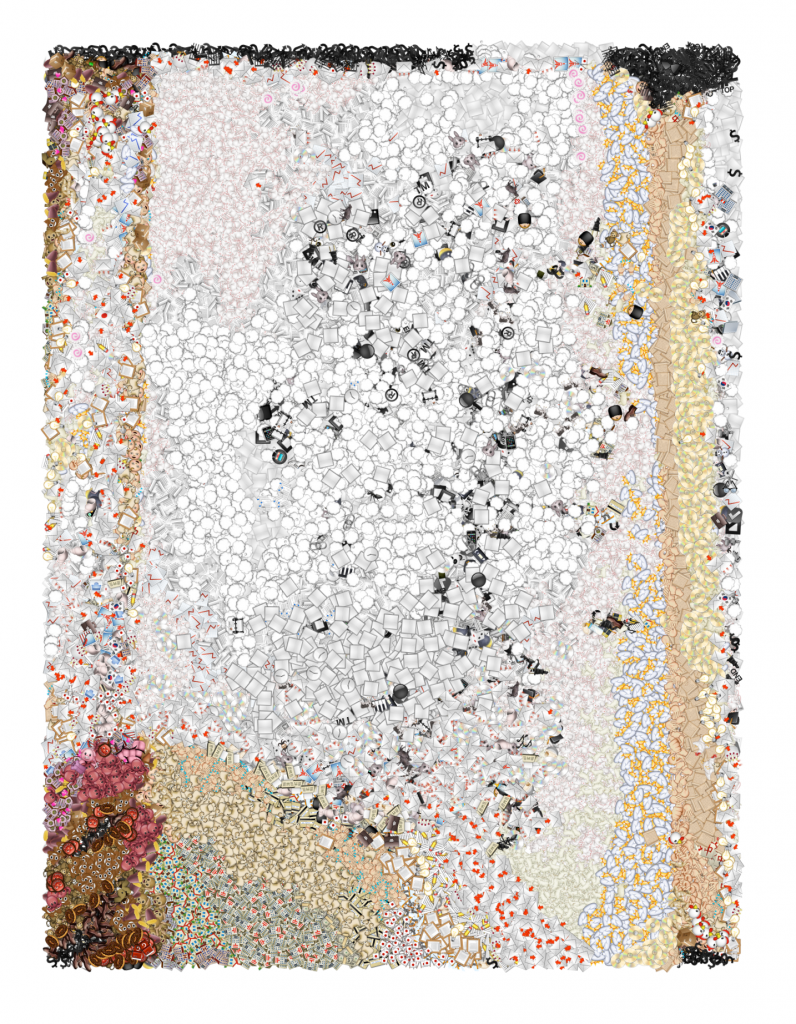 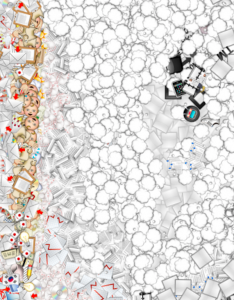 I am very interested in the idea of textualization – how everything can be transformed in a kind of writing artifact (either by these websites that automatically turn images both into a binary code replication and into the new language of emojis, or by the poetic effort of a writer). If I were to take this project further, I would like to keep subverting De historia stirpium commentarii insignes, playing with these translation games, convert Fuchs’ aloes and wild gingers into something like concrete poetry, and explore if these experiments could eventually take me back to Fuchs’ original image.