At the nature lab, I found myself most interested in putting under the microscope items characterized by human involvement, be they synthetics, treated natural products, or the human body itself.  I found it really interesting to, as much as I could, obscure the nature of this human involvement by deconstructing it into its smallest component parts. I found most fascinating the pieces of tea from a bag of herbal tea I obtained from one of my roommates.  To the naked eye, the individual leaves are so small that they seem insignificant; they are part of the broader whole of the bag, but unimportant on their own.  What else could they be but leaves? Under the microscope, though, I saw what should have been obvious, at least from the smell of sugary-spice that dominates any space the tea enters.  I saw little grains of sugar, cinnamon, and other spices, caught in the most minute crevices in the tea leaves.  I saw the burn marks from the human treatment of the leaves.  What seemed to be to be a very simple, brand-name, store bought commodity, suddenly became a complex amalgamation of products from a myriad of different sources–the process of the tea’s creation was laid bare by the prying eyes of the microscope.  Really, there was an almost insect-like quality to the images of the tea under the microscope–it almost looked like some kind of beehive or nest on a tree in a dark forest. 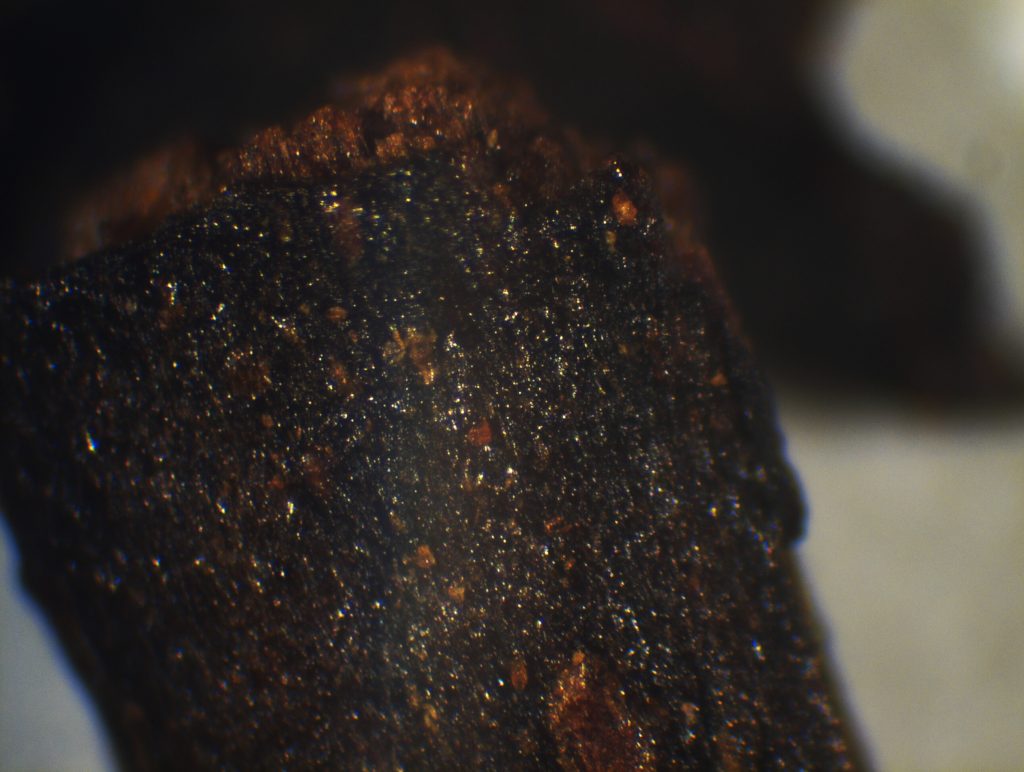 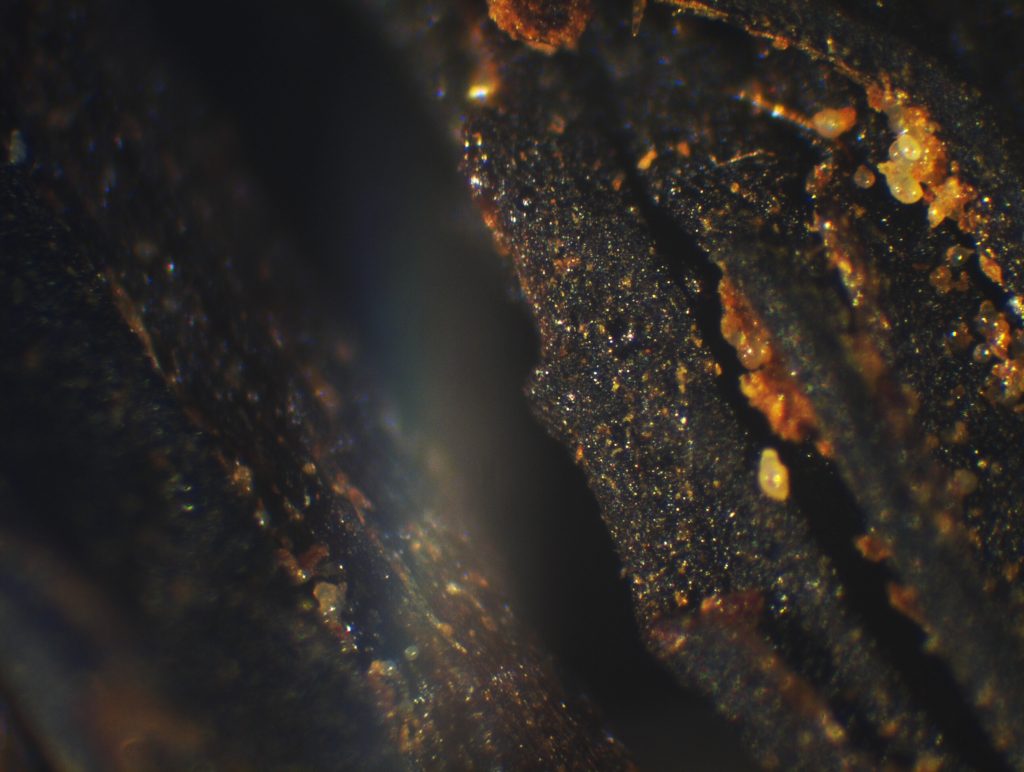 Similarly, when I looked at grains of finely-ground barley flour 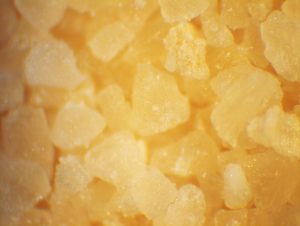 under the microscope, they looked a whole lot like sugar.  My knowledge of chemistry isn’t sophisticated enough to actually back this up, but it seemed like barley’s carbohydrates and sugars, as a grain, really showed through in the photographs.  Without context, I wouldn’t even know it to be a grain.

Inspired by Mays’ photos of her passport, I then decided to see what some of my own forms of modern, synthetic personal ID looked like when broken down under the microscope.  I started with my driver’s license.  I was most interested in the little negative image in the lower right corner of my license, which is some sort of reproduction of the photograph on my license.  As I zoomed further and further in, the photo negative dissolved into a series of individual black, white, and grey dots.  The nature of this printing was made clear, but the portrait nature of the image was completely obscured.  There’s certainly a point to be made here about reproductions of our identities by the state being synthetic, but that might be a bit too poetic for the day after Yom Kippur.  Here, I’ve included a series of images, as I zoom progressively further in.  A face becomes point art becomes points. 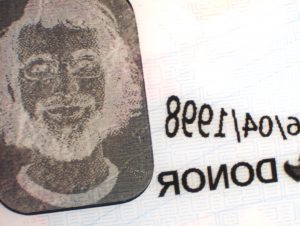 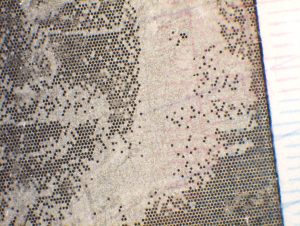 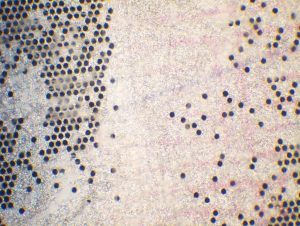 Moving onto the idea of geography and space, I then put my SmarTrip Card (from the Washington, DC metro, on which I essentially grew up) under the microscope.  The card is full of little visual identifiers of the DC area–the Capitol, the Washington Monument, a DC metro car,etc.  The Washington Monument became, like my own face, point art; it looked almost like a design on a napkin or something like that.  When I zoomed in on a green area of the card, the result almost looked like grass, like turf, like something natural. 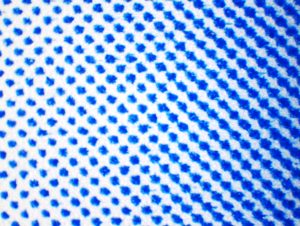 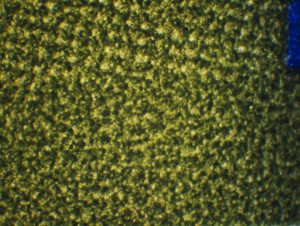 [WARNING: the last images are a bit more graphic].  For my final, somewhat more graphic experiment, I wanted to see what a scab on my finger looked like under the microscope.  I didn’t end up getting any fantastic photographs–it never escaped it’s fingery-ness.  But, I did find that the scab started to look like the eye of Sauron, which at the very least is kind of cool.  In one image, it started to look more like a knot on a tree as well, but I think still looks pretty clearly like a finger. 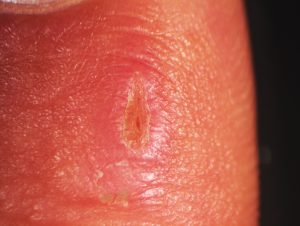 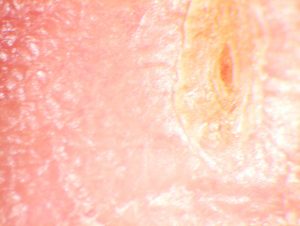