I.
Something I like to think about on my own time is the relationship to seeing as a human with eyes, and seeing as a photographer through a lens onto either physical film, or a digital reconstruction of light particles that hit a sensor (working, technically, much like light-sensitive film).  Especially when I was younger and did photography less for fun and more as an exercise because I saw others doing it, I was mad when what I saw through my own eyes was not very well represented by my 1st generation Kodak Easyshare (though my much more modern and expensive camera has generally the same problems).  I later saw this as an opportunity for cool things, but I found myself with the same gut reaction when I was looking through the microscope camera as compared to what I had just seen under the microscope “with my own eyes” (though, obviously, my eyes were aided as they always are, with powerful corrective lenses…oh yeah, and a microscope).  I had not thought that particular annoyance in a while and was interested in why it had happened. 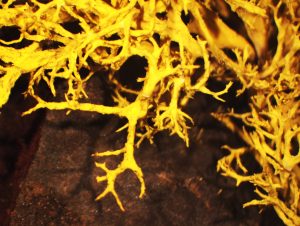 Figure 1: Lichen on redwood that looked much more interesting, in my opinion, through the microscope with the eye than this photographic representation

II.
I play around a lot with focus in my free time as an amature photographer (see figures 2-5 below) to force myself and those viewing my photos to perceive something different (or at least a different way of perceiving the same thing).  The close distances that we were working on with the microscopes was a completely different story, however.  The depth of field was in the millimeters, which made the photographer in me really reevaluate the way that I perceived the object, as well as how I wanted to present the objects in a photograph. 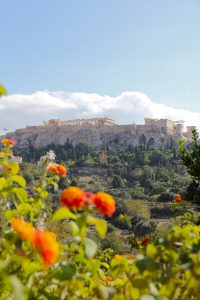 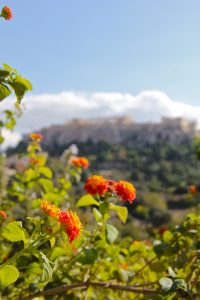 Figures 2-5: The Acropolis, Athens from the Agora with several different depths of field (November 2013)

This abstraction of clarity in the image does not so much distort the the image in my view.  Yes, some things are not as clear in the image, but that lack of clarity either illuminates them to the attention of the viewer or causes the viewer to give them a second look that would not otherwise have been taken.  Alternatively, the objects in focus are that much more brilliant in comparison to what is out of focus and that makes them more interesting as well.  I feel similarly about these objects that are in the nature lab, even if they are brought into a different context.  Yes, they are missing their natural context, but I would argue that when we view living things, we often think about them without their greater context.  If I picture an animal, say a deer, in my head, I might have a vague picture of a forest in the background, but I’ve actually probably seen more deer on the side of the road than I have in forests. The context isn’t unimportant, but focusing in on the animal itself has its own utility as well (and as another example, I’ve seen many amethysts, but I have no idea what their original context is).  Yes, our objects may be so zoomed-in that their whole form is obscured.  But, like the forced focus of the above pictures, this allows us to view the objects in a different way, to mentally focus in on an aspect that would have been overlooked or missed entirely (more likely the latter given my eyesight) while viewing something as a whole.  In other words, something may be lost, but something else is gained as well.

III.
My partner is a Ph.D student at the University of California Berkeley in Molecular Biology (and apparently will feature significantly in these blog posts), and part of her job is removing the brain from a mouse that she is studying and slicing it into extraordinarily small slices (she said, about the thickness of the skin of a grape).  From there, she can see, under a microscope, the ways her treatments or the disease she is studying affects the brain of this mouse. It occurred to me that at such a close distance as we were looking at the various objects in the microscope last week, everything that we perceived resembled these tiny slices of clear reality.  Each photo represented a tiny fraction of clarity and a large degree of distortion because of the alien nature of the microscopic world (i.e. in the above pictures, a flower is easily perceivable as a flower even when thoroughly out of focus; a grasshopper eye is more foreign, and the area around the eye even harder to perceive because of the drying and the materials that lay on the grasshopper when it was trapped). 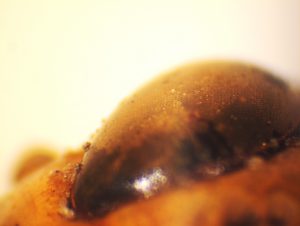 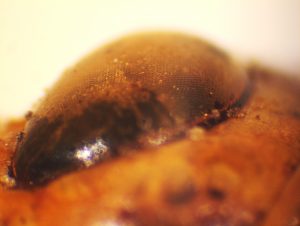 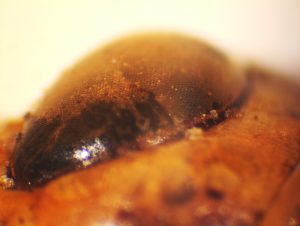 I was initially very excited at looking at the grasshopper eye using the fancy camera on a track that compiled the photographs using multiple focal lengths and compiling them into a single, in-focus frame, but I was struck at the photos that I did take and how they represented this brain-slice sized frame of perception, and I decided that I liked these more.

IV.
I also found that my perception of objects changed drastically between levels of magnification.  At different scales, the objects were more interesting to look at.  The seedpods I looked at (see figures 10-11 below) were hard to see in their out-of-origional-context location in the box where they were stored.  Presumably, if they had been in nature, they would have been even more difficult to find, given that they are less than a centimeter in length.  When looked at with some magnification, they had an entirely different appearance (Figure 10), looking almost insect-like.  When the magnification increased, they changed appearance again (Figure 11), and presumably, at Scanning Electron Microscope levels, they would look completely different to a much greater degree given that their visual structure would be completely changed. 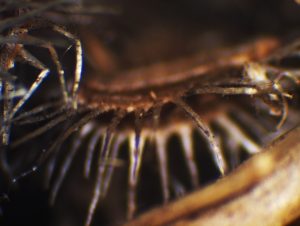 This rather simplistic conclusion led me to think of the context of the objects in different ways.  What if the objects had not been removed from their natural contexts.  The changes of scale could also reflect a greater context.  Or what if the samples had not been dried out?  In particular, a seaweed sample that revealed an interesting straw-like character (Figure 12) might have an entirely separate structure if still filled with the water it grew and lived in. Our visual perception of objects revolves around so many different contexts that I had not thought about before.  Perhaps something is lost in the removal from one context to the next, but something may also be gained.  The reason RISD has such a collection of objects  and a nature lab is, at least in part, to study and to create art out of the objects in whatever context the artist wants to use the object.  We can bring in live plant samples, liquids, sand, etc. look at them in a different way, and then use that different perspective to create a piece of art in an entirely new context.  To a historian at least, that is part of the artistic process.

V.
My pictures of amethysts up close, just because I think they look like galaxies/nebulas 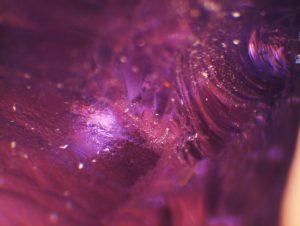 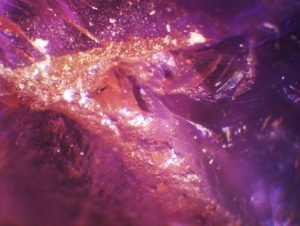 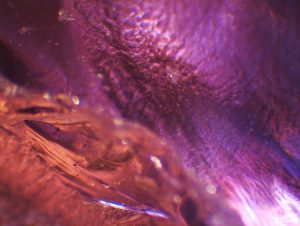 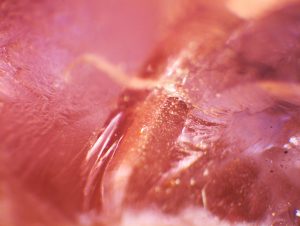 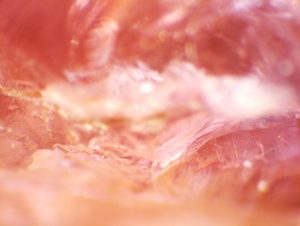