I am working with the Greek Magical Papyri, a collection of transcribed papyrus fragments found in Egypt that probably date from the late Ptolemaic period to Late Antiquity (100 B.C. – 500 A.D. or thereabouts), but we don’t know much about the circumstances of their original creation or even their semi-modern discovery. In any case, they represent fragments of several corpora of texts written in Greek and Demotic (the language of the Egyptian people as distinct from the Greek ruling class in Alexandria) with magical and/or ritual significance (the line between the two is frequently blurred). They were collected originally by German and Dutch scholars in the late 19th and early 20th centuries (Albrecht Dieterich, Richard Wünsch, and Karl Preisendanz), and translated into English by Hans Dieter Betz (Figure 1). 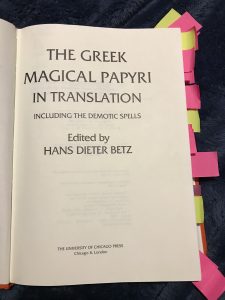 Figure 1: The title page of my copy of the Greek Magical Papyri

Attempts to perform the spells and rituals have not, to my knowledge, been attempted, though I have confidence that drunk Classicists have indeed chanted phrases from the Greek edited edition, though to what degree of success has not been recorded. I was hoping to do as scientific a study of the texts as possible, but this led me to note several problems. 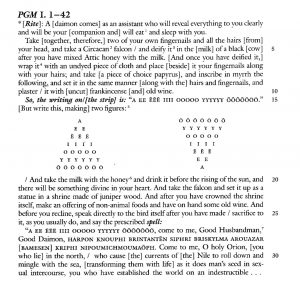 Figure 2: The first spell from the Greek Magical Papyri: a rite to summon a daemon

Looking at the text of the first document provides an illuminating look at why performing the spells have several barriers (Figure 2). Even if you were willing to shave your head and pull two of your fingernails off (ew), the case of the Circaean falcon is more difficult. Circaean refers to Circe, the minor goddess from Homer’s Odyssey, which presents problems of how one would get a falcon from a goddess that at the very least is not friendly to guests. This is probably referring to the place where she is reported to have lived, but that proves difficult as well, and several places in the Mediterranean (Corsica, southern Latium near Rome, etc.) have connections with where the Romans at least though Circe might have lived. Would it have been enough to get a falcon that is migratory to the western Mediterranean? It could also refer to Mt. Circeo in Italy, which might prove to be a more useful harvesting place for falcons if one was so inclined. Someone in Egypt attempting to source a falcon from a particular place in Italy would presumably have difficulty obtaining it, unless there was a market for this particular bird. Perhaps your local magic shop has a stack of Circaean falcons behind their eye of newt and wolf collar-bones (this also raises the possibility of the existence of magic-oriented stores, and begs the question of what happened to them when frequent legislation against magic was implemented: though given the frequency of anti-magic legislation, it seems to have been not very effective).

The next problem comes from the next instruction. If I were to go to Italy and hunt a falcon on Mt. Circeo, for example, how might I go about deifying it? Unfortunately, we do not have much from the ancient world about religious or magical ceremonies, especially for deification. If one does not do this step correctly, will the spell not work properly?

Sourcing milk from a black cow would have been easier in a society with more connection to animals, but possible for a modern individual (though probably would have to source it from an organic cow. Attic honey (Figure 3) is available on Amazon, but this also begs the question of whether the bees in Attica today take nectar from a completely different set of flowering plants than two thousand years ago. 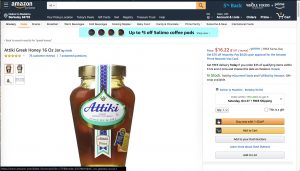 Figure 3: Attiki honey, supposedly sourced from hives in Attica (area around Athens) in modern Greece.  One of many strange Amazon.com searches that has resulted in strange suggestions by Amazon’s search algorithms

Papyrus and frankincense are similarly easily available at our local neighborhood magic store, Amazon.com, but myrrh is a continual problem in many of the spells. It seems that the plant that we consider to be myrrh today is simply a different plant from the Classical definition, and we don’t know what fragrant plan the ancients thought of as myrrh. Basically, this makes any spell with this problem difficult to complete.

This particular spell also has the problem of having many lacunae in the text, mostly because despite being found in the Egyptian desert, the papyri have degraded over time (Figure 4) and have physical holes in the text.  Sometimes the editor makes a guess based on the formulae that exist in the other texts, but other times the lacunae are more problematic (the edge of a page is missing, or the second half of a page is missing).  At this point, does the ritual need to have all of the pieces perfectly together to work?  If so, then many are not reproducible.  If not, what does that mean about the nature of the spells themselves? 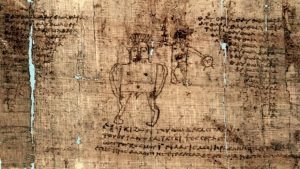 Figure 4: Greek text of a magical spell with physical holes in it, creating lacunae in the text (from the British Library)

How to perform the rituals also present difficulties since we do not have records of how magical ceremonies were performed.  The one Classical source I could find on this, Theocritus II, has a description of someone performing a magical spell, but it is meant as a parody, and perhaps has limited utility. Nevertheless, here is the beginning (trans. J. M. Edmonds in the Loeb Classical Texts):

“
[1] Where are my bay-leaves? Come, Thestylis; where are my love-charms? Come crown me the bowl with the crimson flower o’ wool; I would fain have the fire-spell to my cruel dear that for twelve days hath not so much as come anigh me, the wretch, nor knows not whether I be alive or dead, nay nor even hath knocked upon my door, implacable man. I warrant ye Love and the Lady be gone away with his feat fancy. In the morning I’ll to Timagetus’ school and see him, and ask what he means to use me so; but, for tonight, I’ll put the spell o’ fire upon him.

[10] So shine me fair, sweet Moon; for to thee, still Goddess, is my song, to thee and that Hecat infernal who makes e’en the whelps to shiver on her goings to and fro where these tombs be and the red blood lies. All hail to thee, dread and awful Hecat! I prithee so bear me company that this medicine of my making prove potent as any of Circe’s or Medea’s or Perimed’s of the golden hair.

[18] First barley-meal to the burning. Come, Thestylis; throw it on. Alack, poor fool! whither are thy wits gone wandering? Lord! am I become a thing a filthy drab like thee may crow over? On, on with the meal, and say “These be Delphis’ bones I throw.”

The spell goes on in the same way. Interwoven with prayers and invocations similar to those in the text of the papyri spells, the woman casting a spell here seems to be chanting the words out loud.  It also seems to include gibberish phrases (such as abracadabra) so it does have some relevant connection to the spells preserved in the papyri that we have.  Since we do not know how spells were performed, it’s hard to discern which parts of this are real and which are attempts at satire, but I’ll take the basic elements of chanting that Theocritus presents.  More modern ideas on how to cast spells (Figure 5) probably aren’t as useful as they come from a different tradition, though they were interesting to consider. 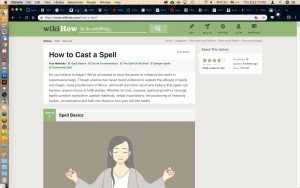 Figure 5: the WikiHow page on how to cast a spell comes from a medieval European/psuedo-Druidic tradition of magical performance (as far as I can tell)

A final problem is language and pronunciation.  As far as language goes, the spells were largely written in Greek, but some existed in Demotic (and Coptic), and there are references to spells in Latin as well.  Some of the spells are bi-lingual, meaning that the particular language wasn’t as important as the ritual itself.  This begs the question of whether I should speak/write the spells in Greek as they were written down, or whether the gods speak English now and would prefer that language (I solve this by doing both Greek and English versions: see below).

Pronunciation of the Greek is a much bigger problem.  I know (in a rudimentary manner) the two ways that Greek is pronounced today: Modern Greek, following the conventions of modern speakers of the language, and Erasmean, the way developed by the Dutch humanist who developed the style of pronunciation in an attempt to replicate the metrical and accentual values of the ancient language so that poetry from 400 B.C. sounds metrically okay.  Neither in any way replicate what actual Hellenic Greek sounded like, let alone what was spoken in Ptolemaic or Roman Egypt.  If spells have a “wingardium lev-I-O-sa, not lev-i-o-SA” capacity where pronunciation is important, then I think I’m out of luck.

To attempt to mitigate this, I tried for my first spell, a written one (Figure 6), that seems fairly straightforward.  I enlisted the help of a friend from undergrad (and another friend’s hat; see figure 7) and we attempted some oral spells, but spent the most time working on a “Request for a dream oracle.” 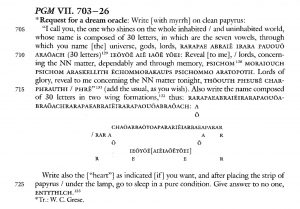 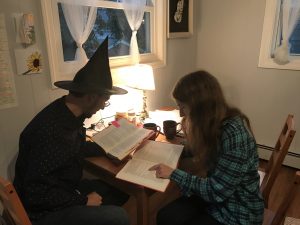 Figure 7: My friend, Kassie Maxeiner, and I performing oral spells

The spell calls for writing a formula on papyrus (also bought from Amazon; apparently sourced from real Egyptian papyrus trees) and finishing with writing the name of a 30-lettered god in a pyramidal shape (See figures 8-9).  The spell requires that you tell it what you want to have an oracle about.  Since I have recently decided not to pursue a Ph.D, I’m a little bit lost on the future profession front, so I thought I would ask for what job I should go into (I consulted several Greek-friendly people and we agreed on a translation in ancient Greek). 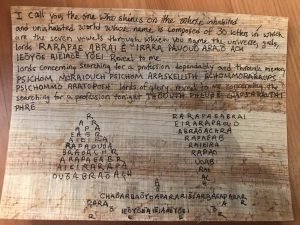 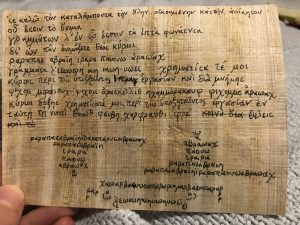 Figures 8-9: The spell written in English on one side and Greek on the other

The final step was to put the spell under my lamp (Figure 10) and hope to have a dream vision of what job I should go into. 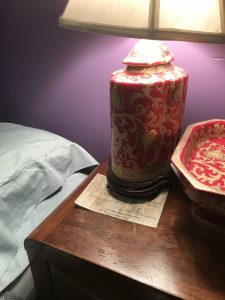 Figure 10: The spell under my lamp

Finally, on to whether it worked or not.  I’m slightly concerned, since the spell tells me to “give answer to no one,” that if I say what that clarity might be, the spell will be rendered moot, so I am going to be unnecessarily obtuse to keep with the spirit of the spell.  On the one hand, I do not recall having any dreams that night, or any of the subsequent nights that I had it under my lamp (I rarely remember dreams, if I have them).  On the other hand, I have since then had more clarity on options and possibilities for the future.