Hey all, one of my roommates shared this with me the other day–I thought I’d pass it on.

Since I couldn’t attend our session last week I thought it’d be a good idea to upload a brief entry about how ‘Making Meaning’ intersects with my research interests, how the activities and readings we have done have helped me so far and about possible (and very tentative) ideas for a final project.

My interest in early modern ideas about the relationship between matter and manual labor arises in part from my interest in Madrid’s material culture during the sixteenth and seventeenth centuries, especially in relation to the construction and development of the city. Since Philip II of Spain moved the court to Madrid in 1561, all sorts of artistic productions were commissioned to promote a monumental, orderly and symbolic image of the new capital, but I am more interested in the frenzied process of construction that was behind that image.

The establishment of the court attracted a wave of architects, plotters, quarry workers, joiners, bricklayers, sculptors and many other laborers involved in a process of accumulation, demolition and assemblage. I’m generally interested in looking at how this reality of the city as a sort of construction site where matter was continually being manually manipulated was experienced and re-imagined by its inhabitants.

Precisely during the reign of Philip II there began the process of canonization for San Isidro Labrador (Isidore the Laborer). A farmer and miraculous water diviner from the XI century, Isidro had been for centuries the object of a small popular cult in Madrid, but it was during the establishment of the court capital that his figure was transformed into a city emblem, and into a patron for its peasants and artisans (an interesting fact about Madrid’s manual laborers, I think, is that most of them worked both in the fields as farmers and in the city as craftsmen, depending on the season). 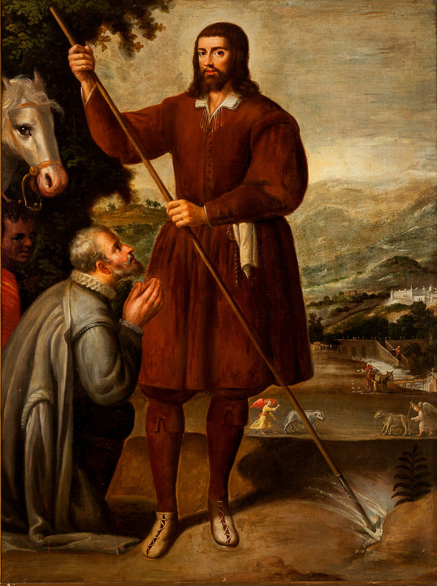 I’m also intrigued by how the iconography of San Isidro during this time always tries to mark a distinction between two kinds of labor. On the one hand there’s the technical expertise, the correct handling of instruments and the natural knowledge that supposedly allowed the Saint to find water in the dry surroundings of Madrid. On the other hand, always in the background or in a secondary image, there is also the allusion to some sort of miraculous, contemplative labor: San Isidro’s pious reflection on labor allowed for the angels to come and perform the actual ploughing while he prayed. 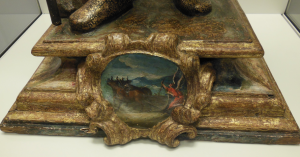 What I’m trying to research (generally, for my Hispanic Studies major paper) is the different ways in which literary writers of the period took their fascination with the manual labor they saw being performed around them into their texts, often wrestling to incorporate into language precisely that “embodied knowledge” to which Pamela H. Smith and Thijs Hagendijk refer to. When this sense of embodied expertise and “manual choreography” is brought into texts that, unlike manuals or recipe books, are not necessarily trying to help in producing a final and successful result, there arises an emphasis on process that could maybe deviate in other directions.

Even technical manuals sometimes seem to depart from an instrumental aim, forgetting for a while about results and fixating on the act of manipulation itself. I have come across writings by three artisans who worked closely with Philip II’s architects: Juan de Arphe y Villafañe’s writings about sculpture and silversmithing include a chapter on anatomy in which the only parts of the body showcased are those involved in the “manual choreography” of the craft; Juan de Herrera’s writings on architecture seem to connect sculpting with magical ritual, and the writings about the functioning of the instruments created by Jacopo da Trezzo to cut marble and other materials in all sorts of concave, convex and spherical shapes seem to talk more about the delights of the act of molding than about the possible application of the technology. Thinking of a final project for this class, I think I would probably like to work with some of these texts, in comparison to the objects produced by their authors, to think about what the experience of manual labor could entail beyond the struggle for results.