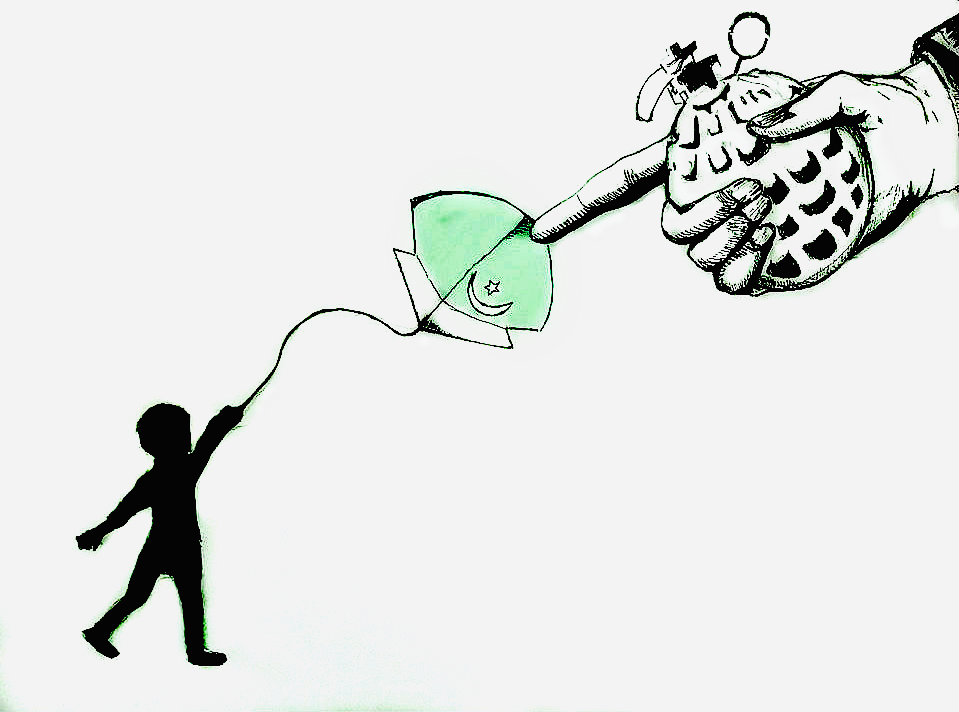 The strings mingled with each other; twisting and turning, colliding like the bodies of lovers in bed. The warm breeze swiftly supported the kites as they romantically spooned each other against the bright blue sky. However, their love was short lived as, with a slight jerk, the string was broken, and the kite slowly drifted across the horizon.

I remember the twitching of nerves and the panic in my household. My father frantically switched the channels as every red news flash portrayed a plane crashing into two towers. I didn’t understand why there was panic etched across my parents’ faces? The towers have nothing to do with us, I remember thinking. Why did they care? Now I know, because with the falling of the Twin Towers, came the downfall of the Pakistani community in the eyes of the world. 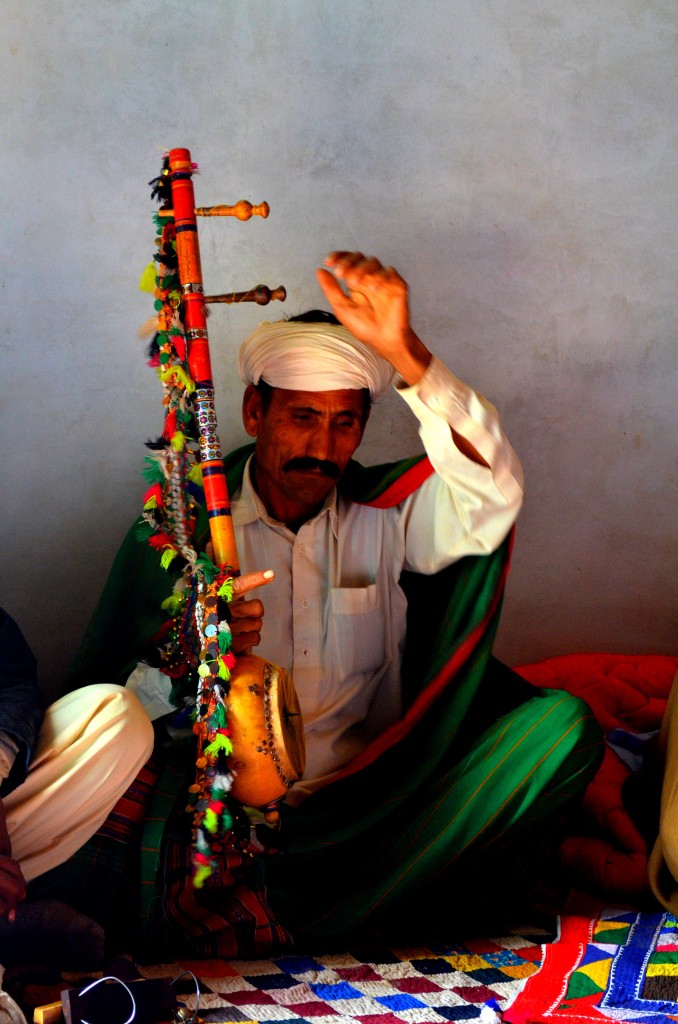 Growing up, the horrific images of 9/11 soon faded away. What replaced them were images of articles from the internet. Every now and then, an article would pop up defiling the whole Pakistani community. The news channels were no different, with the myriad of terrorist attacks linked to “us,” it was hard to be proud of the identity given to me at birth. What was more frustrating were the stereotypes created against us in popular media. It was the popularity of shows like Homeland, which relegated the posh capital of Pakistan to a slum with corruption, which made it hard to blame anyone who kept those beliefs about us. After all, our claim to fame in the media started with the Mumbai attacks of 2008 in India and ended in Homeland. Who was there to blame? I kept thinking about what other communities thought about us, and I couldn’t think of any possible way that they would ever know the side of Pakistan that I do.

I wished the outside world could see my world the way I did. Instead of the terrorist attacks headlines, I wished to read about the colors of the kite flying festival of Basant[i], and the winning cheers after cutting an opponent’s string. When people think of Pakistan, I wanted our streets filled with competitive games of cricket or the taste bud erupting spices in our food to replace the gunpowder of the Taliban. I hoped that someday the outside world would look past their preconceived notions about the conservatism and extremism in Pakistan, and look at the hospitality of the Punjabis, who never let any guests leave without tasting a home cooked meal; the diligence of the Pathans, who never back down from a challenge; the creativity of the Balochis, who make artistic masterpieces every day; and the generosity of the Sindhis, who cherish hard times with friends. I wished that one day, the loving and caring facet of the Pakistani community would make the headlines.

It was with this hope that I entered the Main Green in 2014, where I was determined to show the other side of Pakistan to the 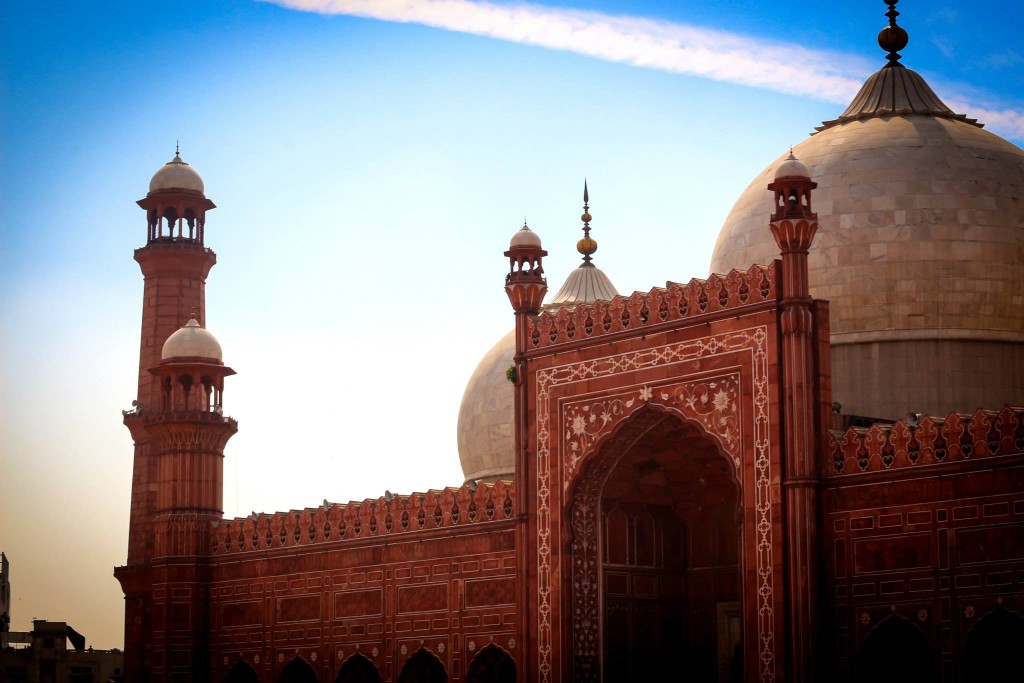 community at Brown, but it was here that it hit me: Every time I met someone from Iraq, a YouTube video of ISIS torturing people would flash in front of my eyes. Meeting someone from Afghanistan would evoke a rumor that I heard in school about the Taliban, and Nigeria would immediately become a second name for Boko Haram. Not only this, Manhattan was a synonym for rich and wealthy and Los Angeles equaled Hollywood.

I began to realize how my thinking was also embedded with preconceived notions about different places in the world. I too was guilty of labelling countries with the one red news flash, that one rumor, or that one television series that I had watched last summer. It bothered me to think that I was a culprit too, but it was true, so I remain determined to change it. 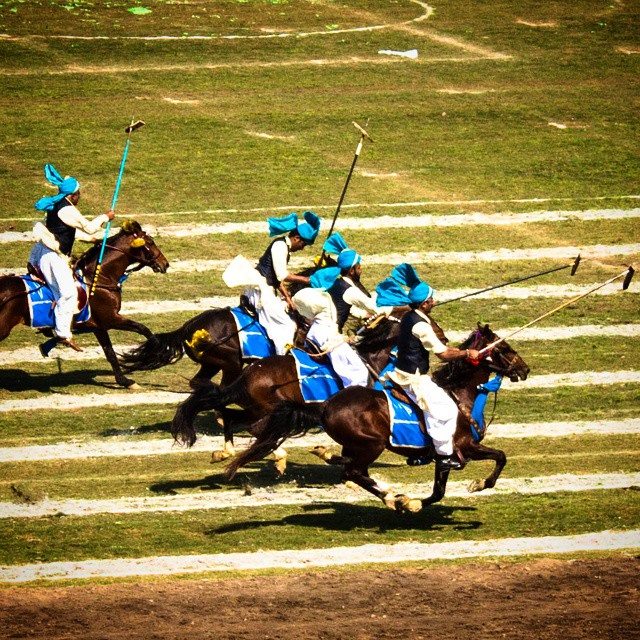 I believe my thinking has changed a lot, and that even just my presence on campus is building new perspectives too. Before me, for most of my peers from the United States, or any part of the world, Pakistan was just an entity; an entity of terrorism and corruption. But now, it’s Waleed’s home. I was touched and moved to see messages in my Facebook inbox asking me about my well-being after the Peshawar attacks in December 2014. I realized that empathy and emotional connections are what actually lead to the dismantling of stereotypes. Now a headline about Pakistan wasn’t just another headline that my friends could ignore, now they wanted to know where Peshawar was and what had happened. Now they wanted to read beyond the headlines.

I, too, have stopped labeling countries and have started looking for stories. Stories which will allow me to empathize with the people of different backgrounds. Although the journey to true cultural open mindedness is long, I am committed to dismantling stereotypical labels of my home and the homes of the people I meet.

Today, against the clear blue sky, a red kite is distinctly visible. Its joyous dance has turned into a worried scramble. It desperately seeks for its partner, longing to be fulfilled. It looks throughout the horizon, hoping that someone can help it connect its broken string.

[i] Basant: the festival of kite flying battles in which the purpose is to cut the other person’s string.

← Reflecting on Me and Mine
Debunked: Indonesia Edition →