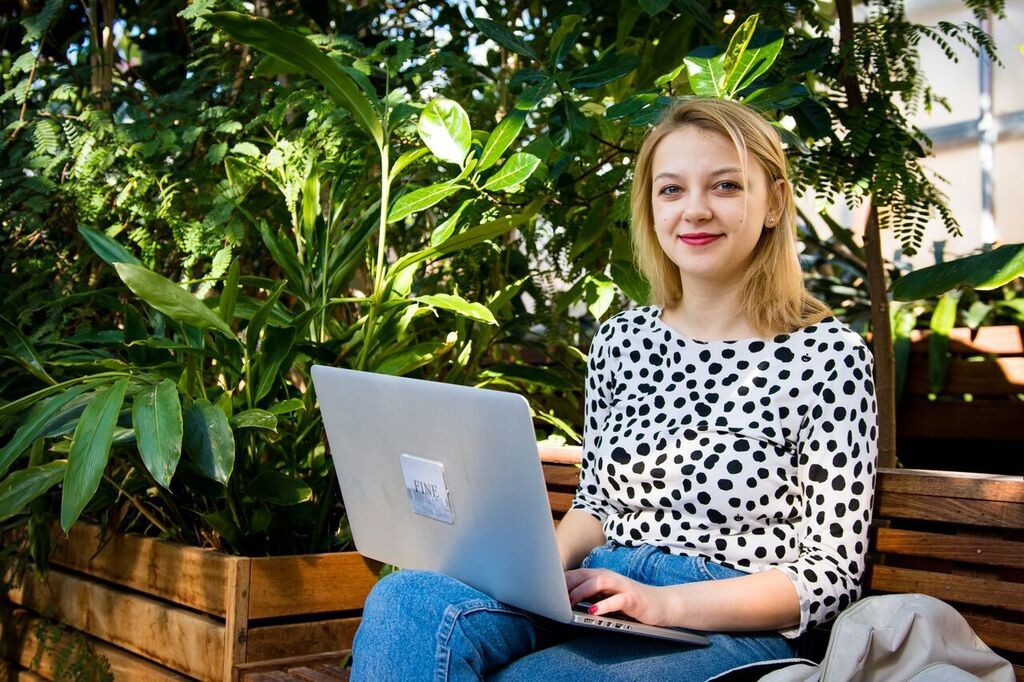 What do you study?

I speak Russian and Ukrainian both at native level, and then I speak French pretty fluently. I started Portuguese at Brown, so I’m at beginner-to-intermediate level.

I did design for the College Hill Independent for quite a while; did New Works, which is a dance company, for about a year; I worked on a film for Brown Motion Pictures one semester.

I was seeking education abroad because it seemed like education in Ukraine didn’t promise any good prospective, so I was trying to find education outside of the country. And of course, knowing English the best out of my second languages influenced my decision, in addition to the fact that my grandparents, who moved to the U.S. about 15 years ago, was living — and still live — close by. It’s kind of important to have — I wouldn’t necessarily call it home, where they live, but — some family and somewhere to go to [in the states].

How have your years in college been different from what you had expected?

In terms of the ideas of home, I thought that by the end of my college years, I would totally feel at home in the U.S. I do feel to a certain degree, but at the same time, something interesting happened in that I think I’ve actually become more in touch with my Ukrainian identity in some ways, which is something I was not expecting. I’ve been studying about Ukrainian designer and artists, and I’m doing more and more work related in home in the sense of not treating as home, but looking at and researching about Ukraine and enjoying having some sort of expertise.

And certain unpredictable things happened, such as the revolution, which definitely made me follow the news and politics much more than I expected myself to, still sort of staying in touch, and surprisingly — I mean, things changed, and I’m surprised by how much I’m still in touch with my friends home or I’ve made new friends while I was away just by the virtue of having similar interests, but it’s so easy to connect because of digital technology… that’s definitely something I didn’t expect to have at the end of spending so much time [in college].

I don’t necessarily feel that Ukraine is my home, but I feel much more able to claim the identity of being Ukrainian. Here, Providence, is probably my home, but now I’m more openly talking about what it means to be Ukrainian, what I can take away from being Ukrainian, and integrating that to my work.

How did your upbringing and background influence your choice of fields of study?

At the time that I was choosing my majors, I actually didn’t feel like my background influenced my decision, but I think I prefer the way that I transitioned from studying broader aspects of culture through MCM and then narrowed down to blending that with Ukraine, rather than say starting from other countries or Ukraine and then broadening my scope.

I can say the same about graphic design. I liked the more general skills that it gave me that I could then apply to making work about my identity. That’s kind of the approach that I prefer in terms of personal work. I think it’s important to first get the skills and general concepts and framework, and then try to use it to talk about personal and specific things. I think both of the majors I chose have that logic. 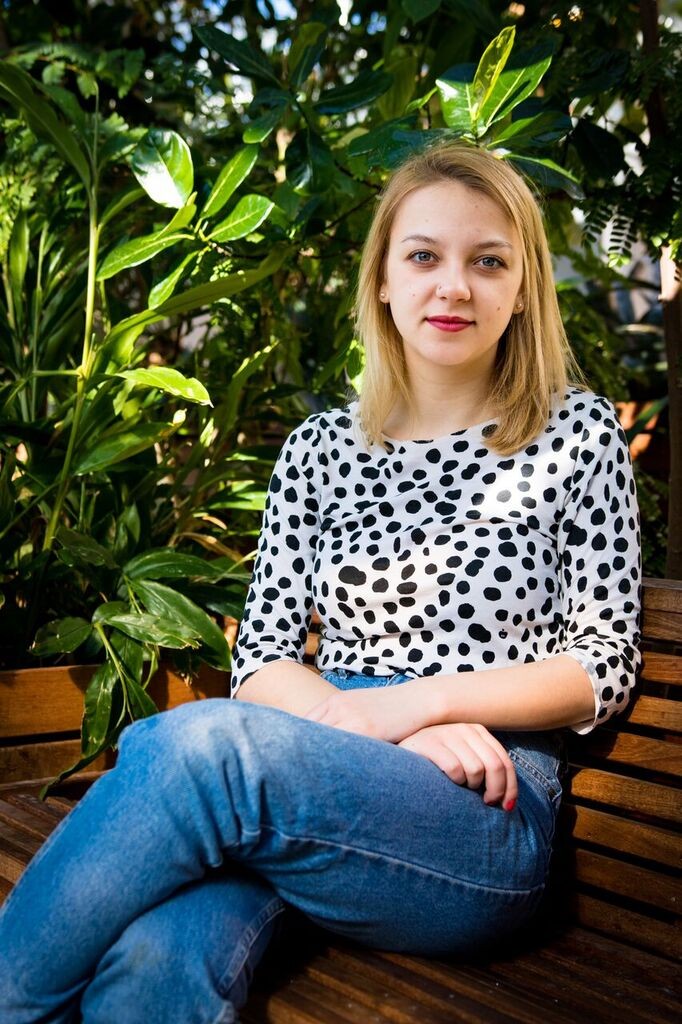 I think I’m still struggling to do small talk, which I think is an American thing. I just can’t do it. I’m incapable of small talk and don’t think I can ever learn that skill.

I miss a lot of pickled vegetables… really nice pickled tomatoes… that’s what you eat a lot in Ukraine in winter.

I also miss really good ice cream. The dairy is really nice and fresh there… but not together. Separate, preferably.

I guess I go jogging now, which is something very common here, but not as much in Ukraine.

Take a language class. I think, as international students, they are inherently able to pick up another language, because they’ll already have a couple other languages they know of a reference points.

It’s also always really fun. I made some of my best friends from those courses.

In those classes, you get to talk deal with topics of being foreign, traveling, and that class setting is a helpful framework in which you start talking about those things without being too serious. They’re very playful classes but you address those questions to the degree you want to.