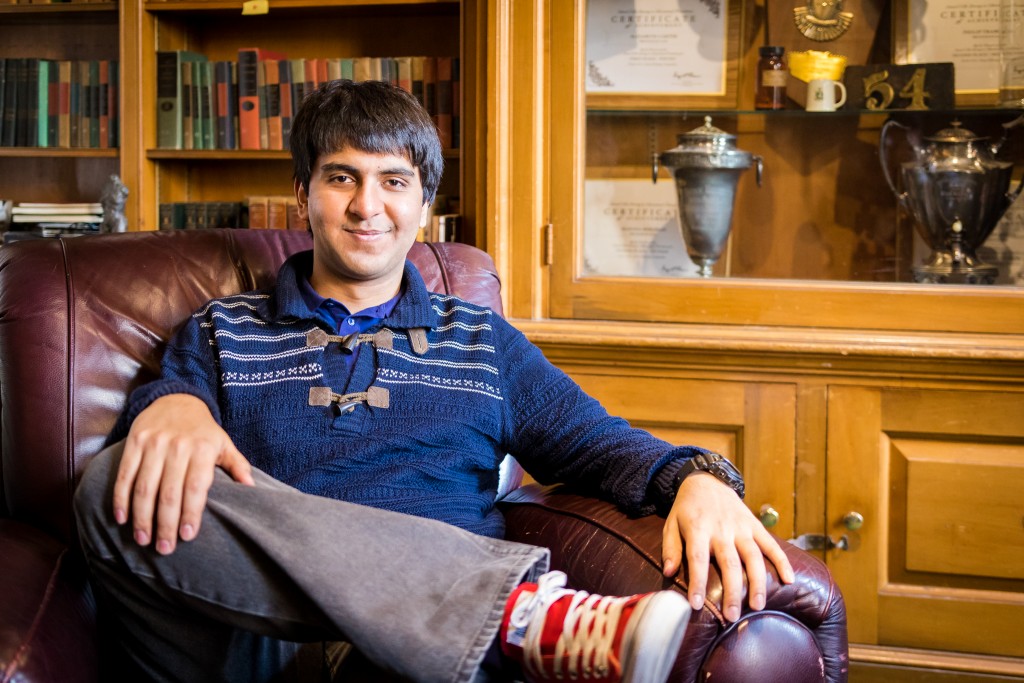 English, Urdu, I like to think I speak French, and one day I’ll speak Farsi.

I’ve been heavily involved with ADPhi (the Alpha Delta Phi Society). I’m pretty involved with the Muslim Students’ Association – I was on the board in 2013, my sophomore year. Also,  (I am in) the Pakistani Students’ Association, which is way more low-key, and there’s less people and it doesn’t do a lot of things. But other than that, I’m involved in sports clubs. I did club tennis and club baseball up until my junior year and then things got busy with work.

For me, it was a very natural decision because all my siblings had come abroad before that. I have three older siblings and two of them came to the US, both to the East Coast, and my brother also came to Canada. For my sister it was a huge deal; she was the first one to come here. Since then a lot of people in my family had come abroad, so I didn’t even really consider studying in Pakistan. I always had my sights set on coming to the US or the UK.

They’ve been harder than I thought, academically. I had to work very hard for my O Levels and A Levels and we always thought – by “we” I mean my school friends and me – that the American system was less work, because it’s a semester system and you don’t get tested on the same things again and again. But I’ve actually found it difficult to adjust to that because, especially in engineering, you have a lot of prerequisites for courses. If you’ve taken something freshman year, you need to apply it again senior year for a different course. I found that harder than the three year cycle of O Levels where you do something the first year, but then you’re tested on it over and over so you still know it for your final exam.

I don’t like dorms. I like living with people, but I miss the comforts of home, which I think is natural for people. I was lucky that my freshman year we had a bathroom with four guys in two doubles, but when I moved into ADPhi with its communal gender neutral bathrooms, for the first week or so I was so scared, but now I’m so used to it. I almost get offended now when there are segregated bathrooms. I think that’s a positive change, because when I think about it, my home in Pakistan doesn’t have gendered bathrooms, so why would this be a problem?

Food is a very important part of my life. Meal times were very weird being on meal plan in the Ratty. It closes at 7:30, and at home dinner’s at 9. So I would end up at “The Gate” (a campus eatery that has since closed). My first semester I used to go there pretty much every night for dinner and I had pizza which was the worst thing ever – it was an automatic Freshman 15. So I got sick of pizza quickly, which I didn’t think would happen because at home I would have it at friend’s houses or when I had people over and I would say, “Yay, pizza!” And now I hate pizza. I missed home food a lot, so finding food that I enjoy has been hard.

This is a very small thing, but my freshman year I would introduce myself as “Daniel” because I didn’t want to bother explaining how my name is pronounced to people. I was worried that people wouldn’t be friends with me because it’s hard to pronounce my name. I didn’t want to see people struggling with it. So even my closest friends now were calling me “Daniel” freshman year. But then sophomore year, when I joined ADPhi, I gained the confidence to say, “I’m Daniyal.” I realized that it actually isn’t that hard to say my name and so I probably should have just stuck with it.

I miss this kind of bread we have that’s called laal roti, which translates to “red bread,” I guess; I don’t know what roti translates to – it’s red flatbread. I think it’s sweetened naan but we only have it on very special occasions, like religious holidays, or if someone is inviting people over. I don’t know if you can even make it at home because I’ve never seen anyone make it; we usually get it from a store. You have it with a special kind of korma. Nihari is another dish that I like, but I’ve successfully made it here, so I don’t miss it as much. I also miss eating burgers, because of dietary restriction and having a halaal diet, I’ve been a pescatarian since coming to Brown and that was a tough transition. I’ve travelled before and being a pescatarian for two weeks is not hard, but here, for long periods I really miss eating chicken.

Just in the past couple months or so I’ve started saying “Jesus.” Now I feel like Americanisms get picked up by everyone anyway because of TV shows and the Internet. My friends back home started saying “‘Murica” before I ever heard it here. I think my accent has changed a lot.

Definitely do IMP because it was great. It gives you that week of adjusting to Brown before you have to adjust to Americans. They’re separate entities. It’s nice to first get a chance to meet other internationals who are also struggling with being in America. 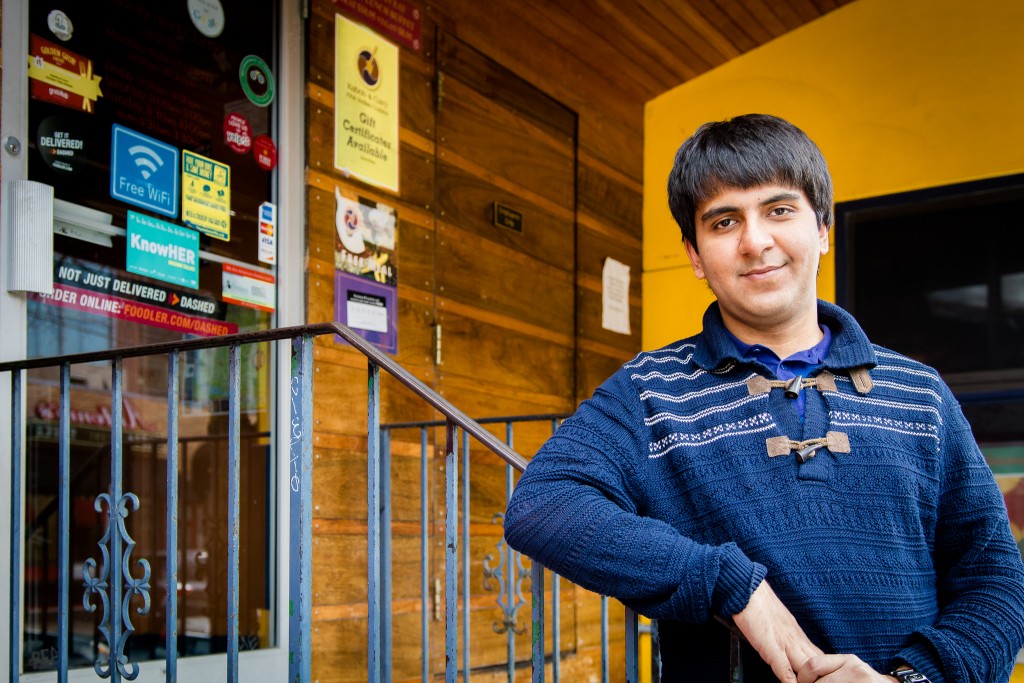 I think this is true for a lot of people: I’m much more socially aware about different issues of inequality, whether it’s race or gender or something else. I think my opinions on a lot of things have also changed. But I went to a Junot Diaz talk a couple months ago and someone asked him a question about how it’s so frustrating when they go back home and their parents have these ultra-traditionalist views. He gave a really good answer which I’m trying to paraphrase, that you still have to remember the context of who people are and where they’re from and what formed their opinions on things. So I actually try not to be too harsh on people, because if I compare my friends who didn’t get a chance to come here to myself (I mean, Pakistan isn’t in a vacuum), I’ve been exposed to ideas more than other people. And so I do try to talk more about them (the ideas) with people but I don’t force it on them or get mad and think, “Why are people so ignorant? Why are people so unaware?”

Everyone in my family thinks they’re the smartest person in the world for coming up with the joke, “You’re a Brown guy who goes to Brown,” so being the “Ivy League student” is a label that I have to try to shed a lot. I get embarrassed by it. Initially when I got in I was kind of proud of myself, but I’m still a normal person.

What is your favourite Halloween costume that you have worn in the last four years?

I think I only did it (wore a Halloween costume) once. I was Inspector Spacetime from Community, the Dr. Who parody that a character does. That was pretty great. I always forget what I need from Pakistan whenever I’m there in terms of costumes and accessories. If I was better at that, I might try to dress up more.