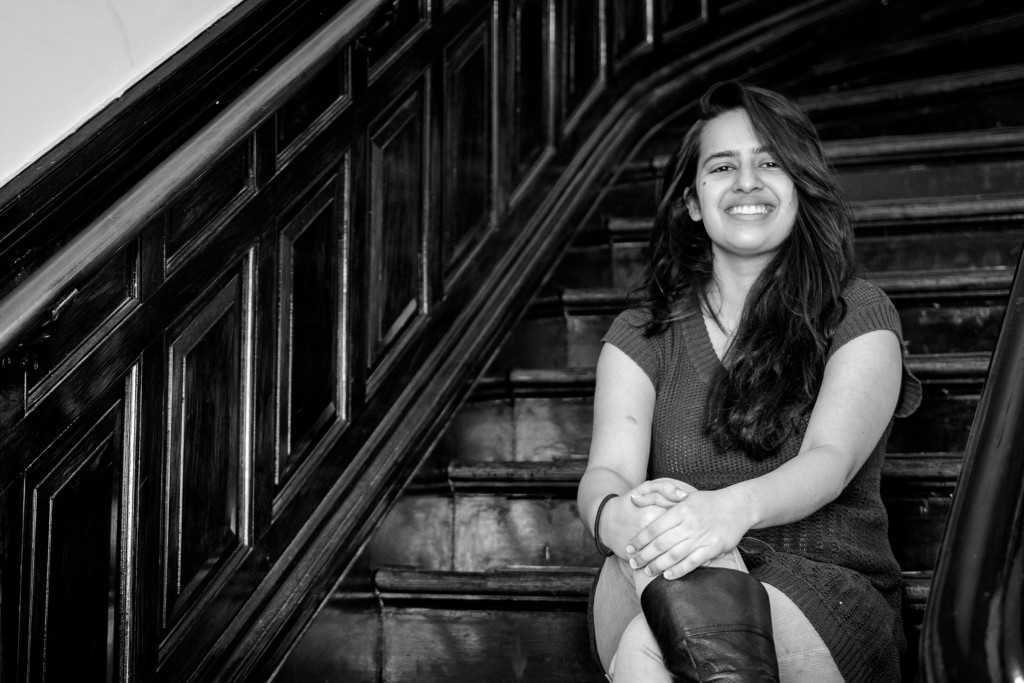 I am an International Relations major.

Urdu, English and a bit of Mandarin

I always wanted to. Since I was very young I had this dream that I wanted to go to a small liberal arts college in the middle of nowhere in a picturesque mountainous snowy area. Where I read a lot of books and live the life of the mind- as nerdy as that may sound. I always loved school and I wanted to go to a place where people were excited about school like I am. And of course growing up, I drank a little too much of American kool-aid about what a US college life would be like and always loved the idea of going to an American school.

How have your 4 years here been different from what you expected?

3 years actually! I transferred from Berkeley in my sophomore year. I think it was a big social adjustment. I think people are different here, that’s what surprised me. The idea of giving a person a handshake rather than a hug when you first meet them was very strange to me for a while. I think people thought that I was a little aggressive or overly friendly who would hug everyone because I didn’t understand that that was somehow weird. So, that took some getting used to and I still do it sometimes. I think the hookup culture was also a surprise to me. I had heard of it and I was prepared for some extent of it but I think that every time I went to a party or something I would always be surprised. A pleasant surprise, however, was all the nerdy people I got to meet on campus!

Surprisingly, I don’t miss home food that much. Growing up, my mom didn’t really cook food so I never developed a strong attachment to home cooked food. But I do miss Chaat, especially the Chaat in Karachi. The first thing that I do when I go back home is go to this one local shop with my mom and get good traditional Karachi Chaat. It’s kind of our own little tradition! What is an Americanism that you have picked since you arrived?

I don’t think I have picked up one specific Americanism, but I do believe that random Americanisms have imbued themselves into my life, especially in terms of clothing. I remember the first time I wore shorts was in freshman year and I swear I was having a heart attack because I felt exposed as I had never worn shorts before (Laughs). It just felt strange. Growing up my mom always reiterated dressing ethics and all of them were now playing in my head.

What advice would you give to an incoming freshman?

Don’t stress. I think people are very intimidated when they come to a new place. I think internationals in particular are afraid because of all the disadvantages they have due to not being “from here.” It’s just the small things that Americans have in common that can intimidate people and intimidated me. For example, all Americans had similar education in that most of them went to a high school system. They have many cultural things in common as well and my advice would be to not be afraid of that. Don’t be so quick to pass judgments on your American peers because you might have more in common than you think! Yes, Americans are different in ways and I think it can be surprising in the beginning, but I would advise freshmen to be open to new people and experiences!

How has living here changed the way you act or interact back home?

My parents hate my accent with a passion (Laughs). I was in Berkeley my freshmen year and I came back home after the first semester with a California accent and no one in my family allowed me to speak to them in English for a month!

What is your favorite Halloween costume that you have worn here?

I was Willy Wonka this year! It was awesome! I was Christopher Robin from Winnie the Pooh one year, but my favorite would be Willy Wonka. I got an orange wig and a huge hat! Then I put white paint on my face and had pink cheeks. I wore a purple shirt and a feathered bow! I looked funny and I loved it!