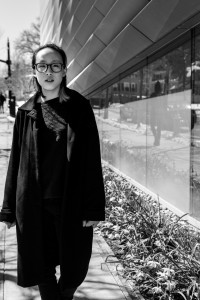 I’ve been involved with Brown Motion Pictures for the last four years as the Director and Director of Photography on short film projects, and on the E-Board as the Technical Director and Financial Director. I’ve also been playing Ultimate Frisbee on the women’s team for four years. This past year, I’ve been working with the Ivy Film Festival on the Business team.

I always loved studying English growing up — the language, and the way it’s used to communicate — and I wanted to continue on that route. I studied abroad in 10th grade and lived with a host family in Minnesota for a year.  So, I lived the whole Midwestern public school life, then decided to attend boarding school in California before I came to Brown. What I’ve found is that education here is much more open-minded than in Thailand. I love all the activities I can do outside of classes, because they’ve allowed me to try something new.

What about the English language did you like growing up?

I learned English through watching films and TV shows. It sounds cliché , but that was how I learnt about the culture and people here before I came. When I arrived, I realized that, of course, things are different and not the same as in the movies. But they were the gateway that opened up my perspective to a whole new way of living life. That’s why I love English; because it’s a universal language, it’s a gateway that opens up conversation and allows people to connect.

How has your time in U.S. been different from what you expected?

Even before I went to Minnesota at sixteen, I did a summer program in New York City, at Columbia. I fell in love with the city. It opened the way I saw things, and it opened parts in me that I didn’t know existed. Everything was new and exciting. But over the past six years that I’ve spent studying in the U.S., I began to see some negative sides as well. I do feel, like all places, that there is a certain homogeneity in the culture. Even though it’s so open, it seems like people are conforming to certain norms and ways of life. I feel like there is this notion here that the entire world is America, and nothing beyond.

Initially, I felt like I had to assimilate, and try and be an American, but slowly I began to develop this sense of self — that I am from Thailand, and there are parts of me that don’t fit in. And that’s okay! Being here has made me more open, and it has fulfilled me and allowed me to grow, but I want to keep moving.

In what ways did American culture feel more open to you?

I think the clearest answer for me is my sexuality. I didn’t know that I was attracted to women before coming to the U.S. That is something that happened very distinctly when I got here. No one talked about it at home. But when I came here — especially when I was in California — it became clear that it was something we can openly talk about.

Another thing it opened up for me was my passion for filmmaking. That started when I left Thailand. That’s because I had the space and time to experiment. Society wasn’t telling me what I should and shouldn’t do. I discovered something I really liked, and spent a lot of time doing it. 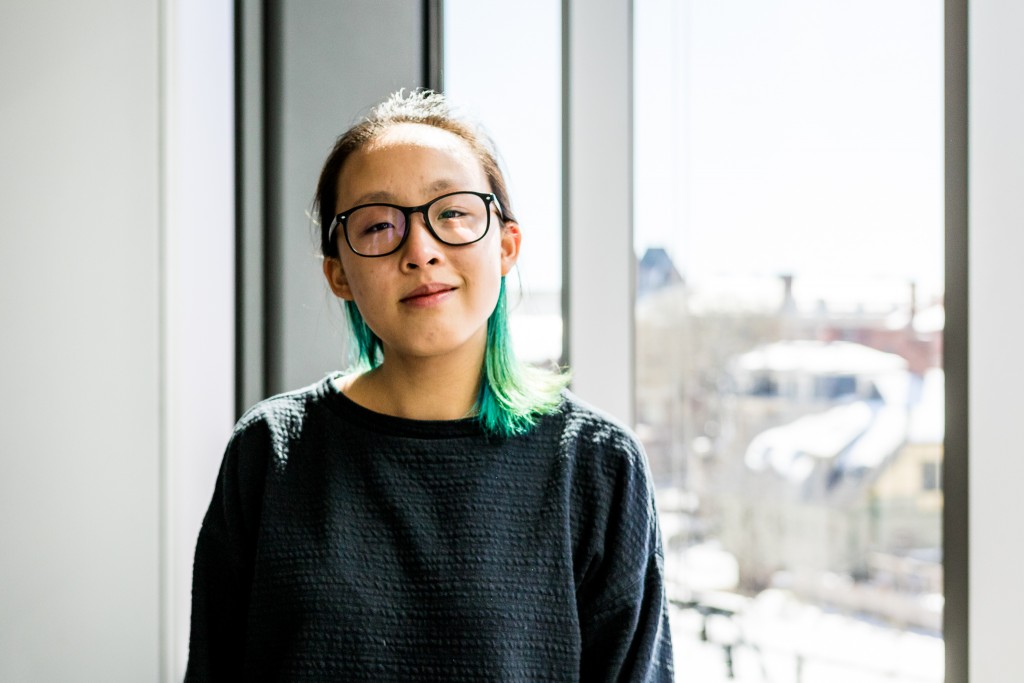 Even though I keep saying it’s so open, there are still issues and problems in this country. Like race. Thirty years ago, people thought that we wouldn’t be talking about race today, but we still are.

When I studied abroad in Prague, away from Brown and the U.S. for a semester, I gained a more worldly perspective on America. And that’s when it struck me that people in America really think America is the world. Europe is different. For instance, London is also known for a mix of cultures like New York, but I feel like there’s more of an actual mix happening in conversations and the way people interact with one another. People are truly open-minded, rather than diverse people simply existing in the same area without conversing or connecting as much.

I look up to my American peers, because they know what their passion is and they actively pursue them. There’s a drive to keep doing, learning and moving. People also have an innate sense of social responsibility, which I don’t see as much of back home. People genuinely care about society and their impact on society, and that’s something that has grown to become a part of me as well.

There’s a dish called “rak-bua” — it’s lotus root soup — that I love back home. You can’t buy it at a store, not even in Thailand. At my home, it’s made using a recipe passed down in my family.

Become part of a community. Whatever you care about, whatever excites you — just get yourself into an activity and get to know people. That’s how I’ve built my network of friends at Brown, and that’s how I’ve created memories with the people that matter most to me.

How has being an international student, and moving between Thailand and America, influenced you as a filmmaker?

Traveling back and forth, and spending time away from America as well as Thailand, gave me unique perspectives on both places. When I go back to Thailand after having left home for a while, I have a fresh perspective on things. And it’s the same when I come back here after a break. Just being away from somewhere, being somewhere new, allows me to question things, and that is where a lot of my filmmaking comes from… perhaps (laughs).

What is your favourite Halloween costume from the last four years?

When I was in Prague, my friends and I were characters from the film Daisies.

Tags: ihob, senior
← IWB is at the 50th Annual Conference for TESOL!
Debunked – The Movie: Episode 1 THE PHILIPPINES →