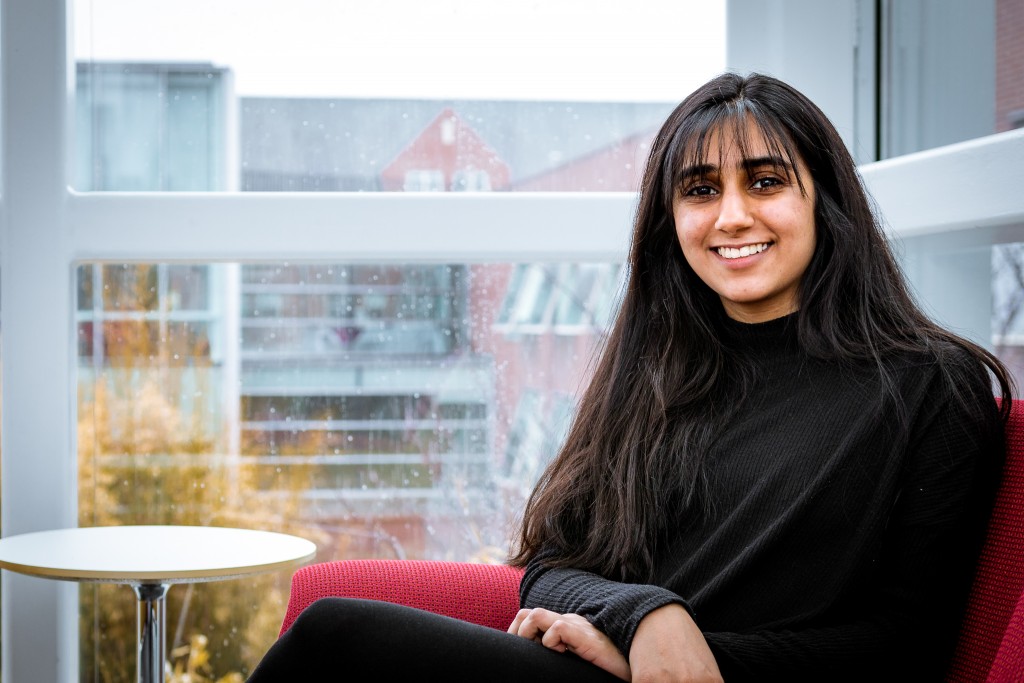 Where are you from: New Delhi, India. I lived there my whole life before coming to the US.

I am double-concentrating in Sociology and International Relations.

Why did you choose those two majors?

I went to Syracuse my freshman year. For the college application, I didn’t even know what sociology was, and I picked it as my major and had no intention of actually concentrating in it. Then, I took a class at Syracuse, and I really liked it. I studied abroad in Edinburgh, Scotland for one semester before coming to Brown. I took some sociology classes there. During my first time shopping for classes, every class that I wanted to shop was in the sociology department. I took two sociology classes my first semester at Brown and really liked it.

I speak Hindi and English.

I’m a part of BRIO [Brown International Organization]. I was BRIO’s Lecture Seeker; I was in charge of finding guest lecturers. I was also a part of Barsaat, which is Brown’s South Asian a capella group. It’s such a cute little community. We’re all kind of goofy, and it’s not that intense.

Because of my international school background (I went to an international school since ninth grade), I always knew that I wanted to study abroad. My father went to school in London, but he had to drop out to go back home to work. He’s always had this wish for me to get education abroad. He always motivated me to think of studying abroad.

I decided between the UK, Singapore, and the US. Eventually, I chose the US because I wanted time to decide what I wanted to do with life; this is the only college system that lets you decide after coming to college. In school, I had so many interests. I was an arts student and a music student, and I loved physics and math. I also loved architecture. The US system allows me to explore those interests.

I didn’t think I would be coming to Brown. I didn’t expect myself to transfer, either. And I didn’t expect to study abroad. At this point, I’ve been to three colleges in four years, and that’s not what I expected. I’ve been the kind of person who likes to settle down; I lived in the same city for eighteen years of my life and had the same group of friends. But now, I have so many different experiences, in a good way.

What do you think are the differences between the colleges you’ve been to?

I went to Syracuse my freshman year, and it was like a stepping-into-the-US experience. And since it was freshman year, I felt like I had so much to do, that I could do anything. For Edinburgh, I went there with the mindset that it wasn’t like real college because I only went there for one semester. I felt like I was on a vacation. I explored the city, and it was gorgeous. When I came to Brown, everything just kind of sped up. There were a lot of things to plan, and I grew up really quickly. In the end, Brown has become my favorite, because I grew so much and found so many interests.

I adjusted really quickly into Syracuse. I found my best friend on the first day of college. My best friend went to Edinburgh with me, and I adjusted there pretty quickly. When I came to Brown, it was hard to adjust to the new environment. It was mid-semester, and it was really cold. Also, it felt like everyone else had already found what they liked, what they didn’t like, in terms of classes, and they had found their friend groups. Meeting people was also hard. People generally have found their groups. By mid-semester, no one wanted to talk to anyone because it was so gloomy, and you barely saw a soul. I think that’s the first time I felt that adjusting to colleges can be hard. I didn’t feel the level of being settled down as everyone else did, and that made me feel unsettled for the entire semester. 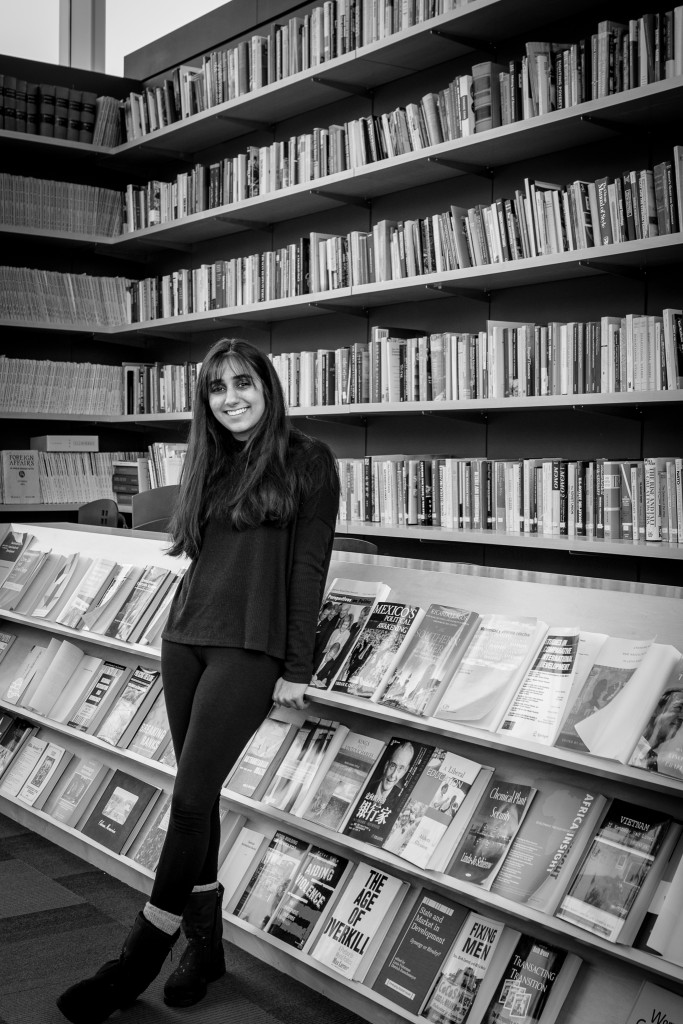 Paranthas. It’s like stuffed naan, with potatoes, cauliflower, or carrots. When I go home, I have to eat paranthas every single day for breakfast.

Self-dependency. I feel like I could go anywhere by myself. It’s so natural to just walk down to Wickenden Street and work at a coffee shop by yourself, but when I tried doing that at home, my mom found it so ridiculous. She was like, “why do you want to leave the house and go to a coffee shop to do work and sit alone?”

Talk to people. Brown’s international community is really strong and really vibrant. The one thing I wish I did differently was talking to friends and seniors about what I felt like doing and my interests; doing so gives you so much insight into your own potential. I only figured that out when I was a senior. You can do so much with your time here, and there’s so much out there. You never know what a conversation over coffee might lead to.

Living here has made me more critical and more aware of the environment. As a sociology concentrator, it has made me look at my surroundings as something I want to study and understand, not just passively be a part of. It made me aware of things that I never thought about explicitly before. For example, homelessness. In New Delhi, there’s so much disparity. When I lived in the city, it was something I never really questioned before.