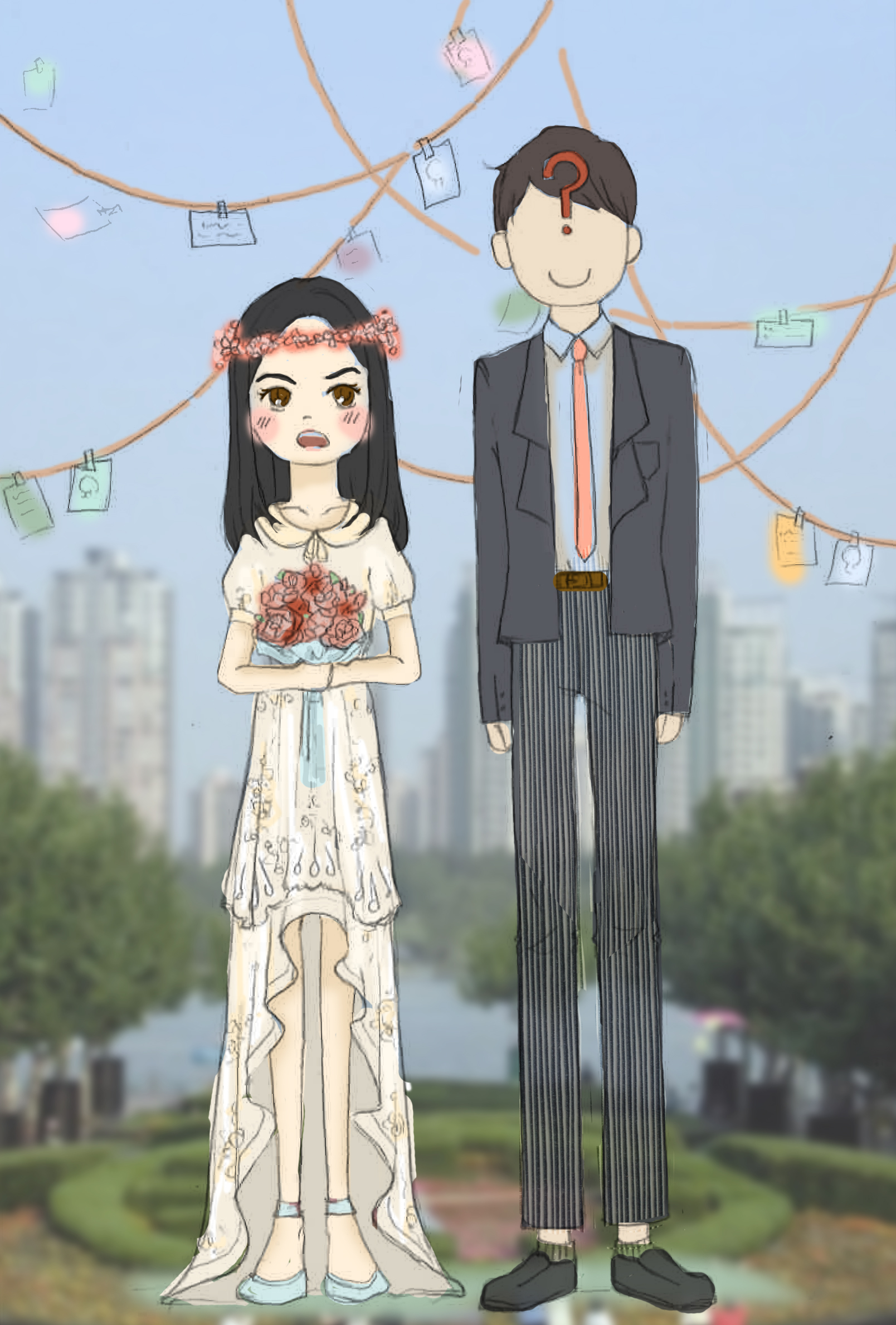 Some Thoughts about Marriages in China

IWB / October 23, 2016 / Comments Off on Some Thoughts about Marriages in China / First Impressions

Over the summer, I went back to my hometown Shenzhen, China. On the second day of my homecoming, my mom announced some surprising news. She and and my dad were thinking about buying an apartment in Beijing.

I nodded. My dad has to travel to Beijing fairly often for work, and my mom always has to stay in hotels when she goes with him. However, that was not the primary reason that she wanted an apartment in Beijing.

“I think that when you graduate, it would be great if you could have a place in Beijing and work there, so you can find a husband there.”

Excuse me? I almost choked, but I let her go on.

“The gender ratio in Shenzhen isn’t great for the ladies. Plus, I would like a son-in-law from the Northern part of China more than from the South,” my mom explained.

That was not the first time that my mom brought up topics concerning marriage. When I decided that I wanted to study applied math and computer science, my mom frowned and said that she thought those two subjects were too hard for girls. Her blueprint for me would be to study something easier, find a stress-free job after graduation, and get married early in life, preferably in my twenties. It never occurred to me that she would actually start to make plans for my marriage now.

However, my mom is not the only parent who plans for their children’s marriages early on. In one of the busiest places in Shanghai, Renmin Square, parents post information about their own children and read about other people to find their ideal son or daughter-in law. The information presented there typically includes age, height, occupation, education, and whether the candidate owns a car or a house. These short blurbs are even sorted into categories — the overseas, “short,” and regular marriage category. The candidates’ ages range from as young as 20 to over 40, but for women, the “prime age” is the age from 20 to 30. Once a woman hits the age of 30, she is called sheng nu, or “the leftover woman.”

I am not critiquing how parents in China scramble to do the matchmaking for their children, nor am I critiquing the existence of such a corner. After all, how two people get married does not directly influence whether they can live happily together. However, it seems that marriage is deemed a safety net in China, without which a person would be left lonely and deemed undesirable and unattractive according to the prevalent social standards based on looks, education, money, and so on. So, in order to escape the fate of being left out, people start to look out for themselves early, maybe even before they are ready for marriage, and people and their parents start to look out early, by entering early on into the game of selecting their ideal sons and daughters-in-laws.
Marriage exposes some of the deepest vulnerabilities in the Chinese people — fear of being left out, judged, and alone. As I listened to my mom detailing all the reasons why I should get married in my twenties, I realized, suddenly, that the fear of not getting married reveals how the Chinese people possess this deep sense of insecurity and pride: we are insecure about ourselves, and thus, would do anything to avoid being a part of the outcast category. Yet, we still want to keep our pride, which is why the candidates in Renmin Square are all not just looking for a husband or wife, but also looking for someone who somewhat conforms to their ideal kind of partner. But can we really judge the parents who post information about their children in Renmin Square? Can we really judge the many women in China who scramble to get married in their twenties? Can we really judge a society of people, proud yet insecure, who try to escape being judged through marriage?