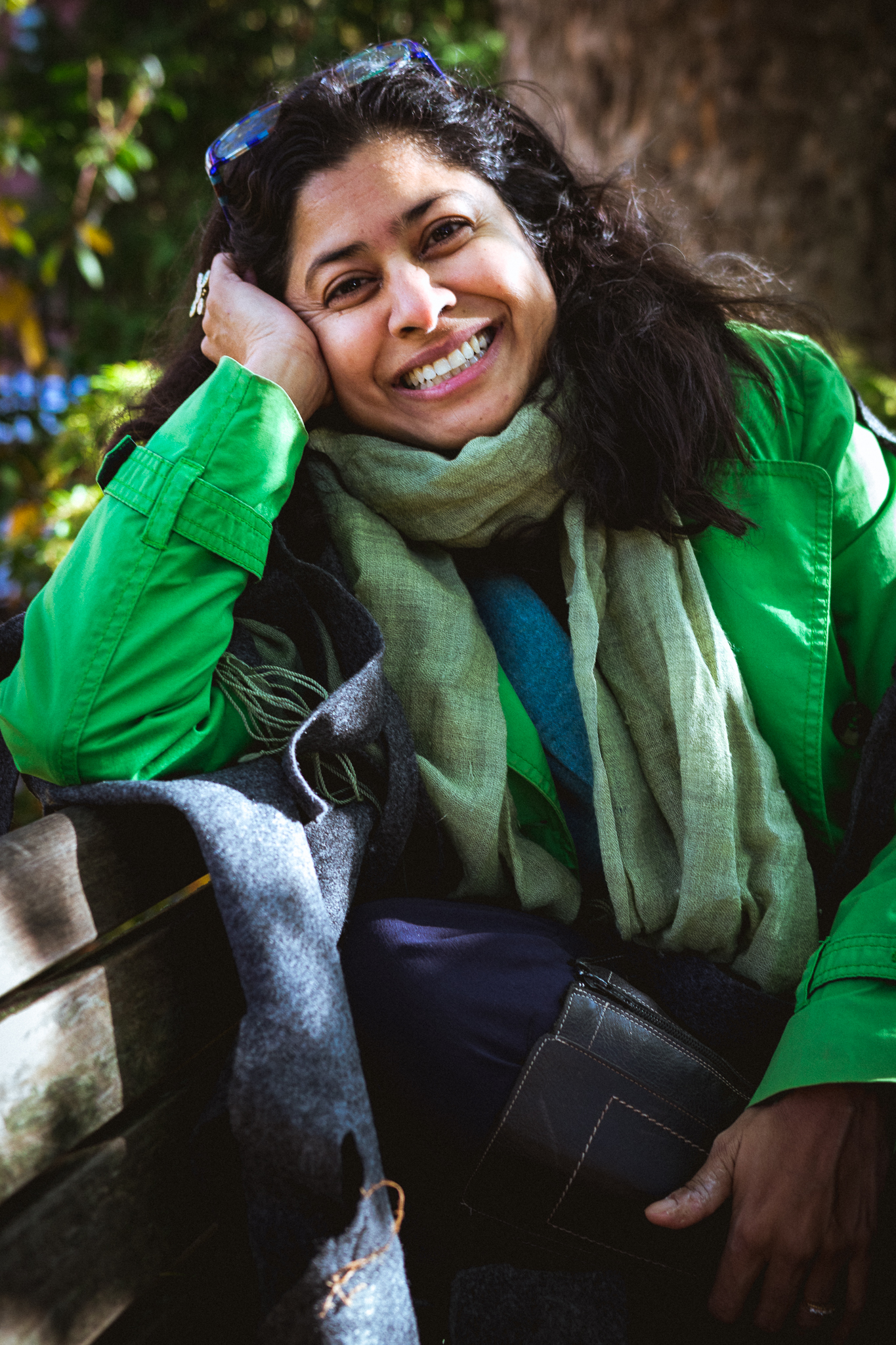 Vazira Zamindar, a historian of modern South Asia with a special interest in the 20th century, lives a diverse and truly global life which can be seen through her work as an Associate Professor of History at Brown. With a love for art, trekking and activism, she brings a unique perspective to the classroom and believes that her role as a teacher is to facilitate her students’ desire to be transformative agents in the world. Her fluency in English, Urdu and Gujarati is just another indicator of her distinctive experiences which amplify her overwhelming passion. Below is a more comprehensive look into the extraordinary individual, Professor Zamindar.

Where are you from? Where do you consider home(s)?

I feel like I have a home in many places now, [but] Karachi[, Pakistan] will always be a very very special place for me, and I love going back. I love the energy of the city and of course that sense of history, belonging that’s instinctive.  I’ve also spent many years now working in and out of Delhi, although my own family is historically from Bombay. I lived for many years in Amsterdam, and my kids were born in Amsterdam, so it is also a very special city for me. And then Providence! I’ve been here for ten years, at Brown, so my kids are growing up here, and I feel this connection to the city. I suppose what ends up happening is with the years of working in many different parts of the world that you start belonging to many different parts of the world as well.

What do you teach or specialize in? Why did you choose this field?

I am a historian of modern South Asia, and I specialize in the 20th century in particular. I’m interested in war displacement, nationalism, making nation states, refugees, violence. How did I become a historian of modern South Asia? I went on this long trek across Tibet, and when I went to the monasteries they would ask me [where I’m from], since it was unusual for someone who would look like me to show up at their door. When I say I’m from Pakistan, they would take to the statue of Padmasambhava, the man who brought Buddhism to Tibet. I thought at that point that god I don’t know anything about this, I don’t know anything about my own history, and I really want to know, I want to know our history. I came back from Tibet and applied to PhD programs for studying Sanskrit in ancient Indian history. One of the places I got into was University Michigan Ann Arbor. As I was studying, I realized that to do anything interesting with ancient Indian history, I’ll have to have a mastery in Sanskrit, but that could take many more years to achieve. At that time, some of my other faculty advisers were moving to Columbia. They were the scholars who worked on the modern period, and they said to me: look you have to choose; if you want to work on the ancient period, you should stay in Michigan, but if you want to work on the modern period, you should move with us to Columbia. In that moment I decided that I was going to work on the modern period, and I moved to Columbia and ended up getting my PhD in anthropology with a clear sense that I wanted to do history.

What are some classes you teach?

In my early years I mostly taught classes that were South Asia centered. But as I became engaged with my own scholarship and other parts of the world and some more theoretical questions, my teaching sort of shifted. I haven’t taught South Asia specific classes [in a while]. This fall I’m teaching a grad seminar called Theory from the South, which looks at Subaltern Studies in particular. I look at that body of writing in relation to debates in other parts of the world as well. I teach, in spring, the big refugees class which I’ve been teaching versions of as a seminar for years, but then I made it into a big lecture class. It’s a Refugees: A Twentieth Century History class, so there is a section on India-Pakistan and the partition and the mass displacement, but it is a global history class that looks at the whole spectrum of twentieth century, different parts of the world as well, thinking historically and conceptually. Then I teach a class that came out of getting involved in the Occupy movement here in Providence five years ago with a colleague of mine, called Decolonizing Minds: A People’s History of the World, driven by the students saying we need a class that helps us connect histories of different parts of the world. At that time, five years ago, you could take a class in different regions of the world and different time periods of the world. But we were trying to teach a class which would connect histories of different parts of the world and help us understand the making of the modern world in a global historical sense.

I speak Urdu, Gujrati and English. I’m fluent in all three.

What are some of your interests outside of teaching?

I’m a painter, and I like making art. I, at one point, was going to quit grad school and become an artist. Would I come back to it? I’m thinking, more seriously now, about making art and linking it to historical inquiry. I actually already taught a class as part of a pilot project, Urban Politics, last year. And I taught that class in the RISD museum. I used to teach at the Indus Valley School of Art as well; it was my first job after undergrad actually. So a lot of my friends are artists, and I’ve collaborated with some of them over the years.

Why did you decide to teach in the US and Brown, to settle over here?

I think partly because of RISD. When I came, when I was invited for an interview at Brown, I went to the RISD museum, because I had always, at the back of my mind, [known] that I wanted to make art. My husband is an architect and artist as well, so it seemed like a place that would also offer him something of interest. He taught at Indus Valley in Karachi for two years, he taught architecture and although he was working for a big architecture firm in Amsterdam, he also thought that Brown-RISD was the combination that could make for a good community. 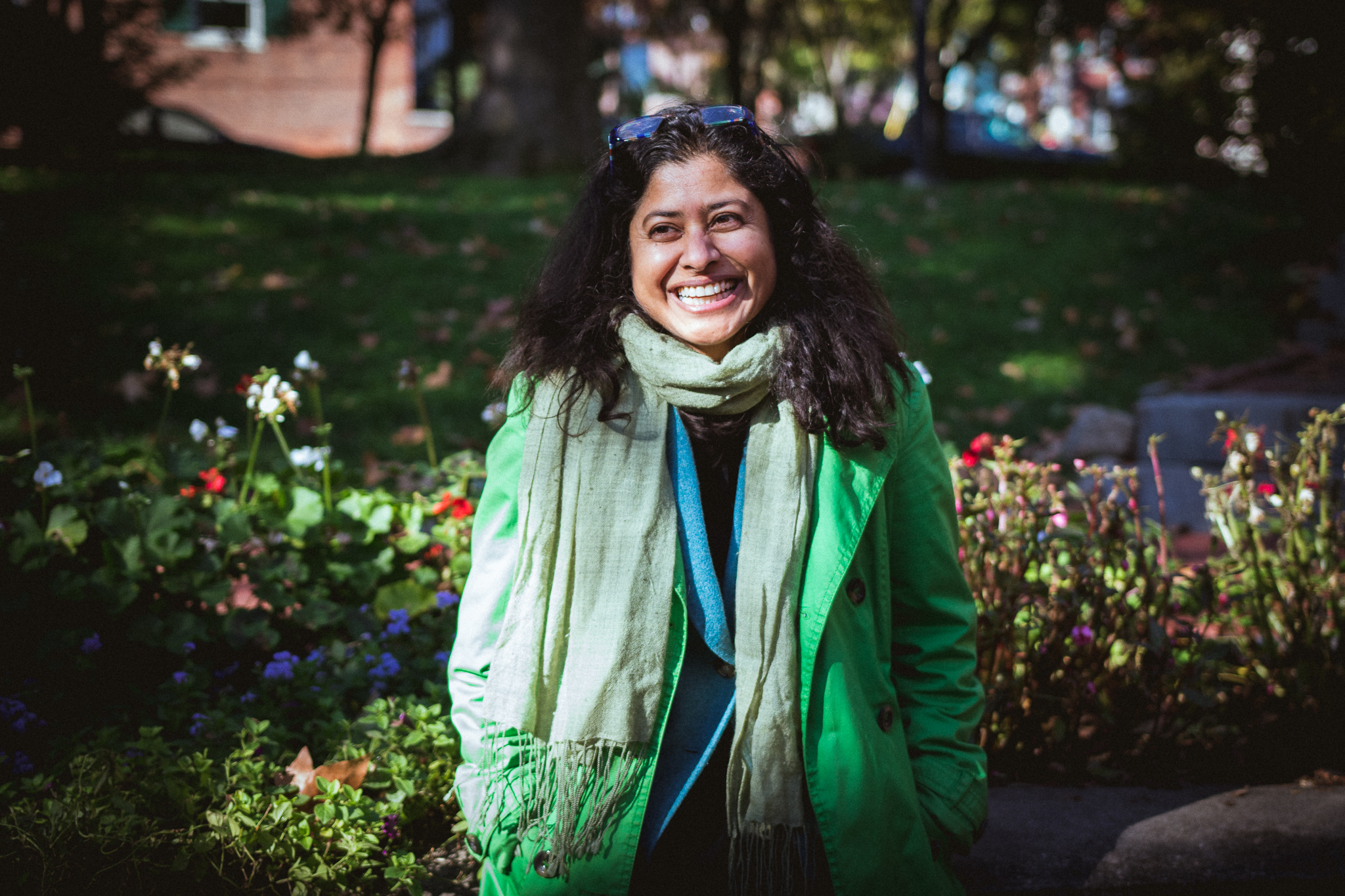 How did living in the US differ from expectations you had? What did you find most difficult/easiest to get used to?

Easiest? The warmth, the openness, is pretty extraordinary. People welcome you. The hardest is inequality. It struck me from the beginning that there is massive inequality. In many respects it reminded me of Pakistan because when I grew up you see inequality everyday. If you grow up anywhere in a third world country, you know and understand inequality immediately. But in the US inequality was more camouflaged, and people didn’t talk about it as a major issue. In political debates it wasn’t something that was at the forefront whereas when you come from a place like Pakistan, inequality is something we all had to grow up dealing with, and my own parents do a lot of work, social work, it’s something you just know you have to respond to. But in the US it wasn’t. I’m glad that development is happening. But in the beginning when I got here, we were surrounded by massive inequality, and it just didn’t seem to be reflected in the politics of the country.

What is a food or dish you miss from home?

My favorite food is Aloo Paratha, and I can just say that because for my birthday my husband was going to ask someone to come and teach me how to make Aloo Paratha. I have cravings for it once in a while, and I want, you know, fresh Aloo Parathas with Achar. That’s comfort food. And it’s about time I learn how to make it myself.