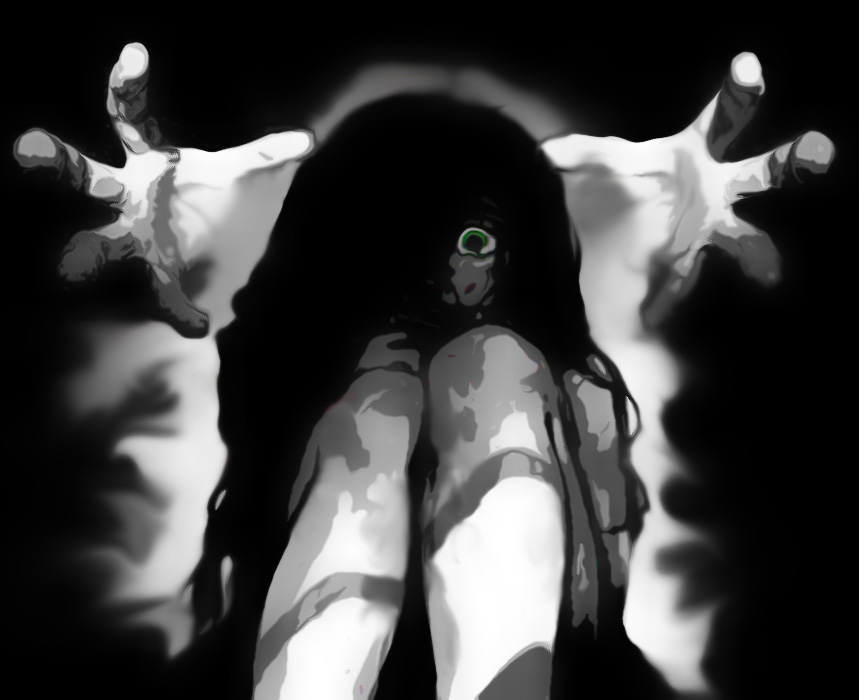 Warning: This post contains graphic fictional descriptions of sexual assault and domestic violence, which some readers may find disturbing.

Somehow, I have wandered across the country to the city of Brooklyn, New York. It is mid-December and it is freezing. I am residing in a room at the Oasis Motel, patiently waiting for a storm to pass. The heater is broken. I lay down on the bed, hoping to rest and clear my mind. There is a single wool blanket that scratches my skin and smells faintly of cigarettes.

In the room above me, I hear the sounds of a man shouting and bones cracking. A woman screams, the sound barely muffled by the thin, plaster ceiling that separates us. I look at my reflection in the mirror across the room. My eyes are bloodshot and my lips are chapped and my skin is pale. I shut my eyes tightly, trying to drown out the woman’s uncontrollable sobbing.

I am five years old. I am at the dinner table with my father and mother sitting at opposite ends. I am hungry but leave my food untouched. My father is yelling. His face is red and a vein in his neck throbs. He pounds his fists against the table and gets up, throwing his chair down with an earth-shattering bang. He throws his finger at my mother; his hand uncontrollably shaking. He slowly makes his way across the table with each step more menacing than the last. He calls my mother a whore and tells her never to speak to “that man” again. He raises a fist, and I close my eyes.

My mother is in bed. Her breathing is unsteady with her cheeks wet and her body trembling. I hold her hand, interlacing our fingers. I carefully move a strand of hair behind her ear. Her left eye is swollen shut.

I am twelve years old. I am running through a field. A boy is chasing after me and a girl named Kate. He catches up to Kate, and their legs accidentally intertwine. They laugh as they both fall to the ground. They sit side-by-side for a few minutes, trying to catch their breaths. He carefully plucks a daisy from the ground and fumbles with it before turning towards her and placing it behind her ear. He stands, brushing the dirt from his knees and helps her up. He asks if he can kiss her, and she politely says no. He pushes her back down.

I am sixteen years old. I am at a party at the house of a boy named Alex, whom I barely know, with a girl named Ally, whom I barely know. It is one in the morning, and there are only a few stragglers left here and there. I am drunk and Ally is drunk, and we are swaying to a generic pop song. A boy from my history class that Ally thinks is cute comes up and stands beside us. He hands her a plastic cup, grabs her from behind, and calls her a tease.

She pushes him off, and he responds by throwing her against a wall. She is face-to-face with him. Her hands shake. Her heart skips a beat. She kicks and punches blindly, and he slaps her across the face before pushing her to the ground. He calls her a bitch. I quickly help her off of the floor and drag her away. She throws up on the front lawn.

I am eighteen years old. It is the summer after my senior year. I am visiting the Grand Canyon with my friends, Ale, Elizabeth, Richard, and Anne. It will be the last time we see each other for a while.

It is late at night, and we are walking back to the motel. Elizabeth is shivering, and Bobby puts his jacket around her. When we arrive at the motel, Bobby tells us that he is going for a walk. He invites Elizabeth along, and she says why not.

They talk, and he calls her beautiful and kind and smart and funny. He tells her he loves her. When they return to the motel, he walks her to her room and looks at her hungrily. She dodges his eyes and yawns, hoping that he will understand. He pushes her into the room and onto the bed, and she tells him to stop.  He smashes his face against hers, and she throws him off. He tries again, and she is kicking, and she is crying. He grabs her and throws her off of the bed. He wraps his hands around her neck and chokes her a little, and she gasps for air, before finally landing a kick to the groin. They fight, and he calls her ugly and psycho and unwanted and revolting. He tells her he hates her. He curses and spits at her, and he is raising a fist. She closes her eyes and her heart drops and she feels a rush of pain flood to her left eye. She screams, and he races back to his room, slamming the door on his way out.

I run across the hall to her room to see what the fuss is all about. She crawls to the nearest corner of the room, drawing her knees as close to her body as she can. Her breathing is unsteady and her cheeks are wet and her body is trembling. She whimpers, struggling to gain the courage to tell me that she is fine, to get out, that she only needs some rest. I hesitantly back out of the room and softly shut the door, knowing this scene all too well but not being strong enough to handle it, a mistake that I will never forget.

She slowly rises from the rough carpet, noticing the drops of dark red scattered across the floor. She drags her body along the walls to the en-suite bathroom. She rifles through her toiletry bag and grabs a small orange bottle from inside. She sets the bottle aside and fills a plastic rinse cup with cold tap water. She picks the bottle back up and empties the remaining contents into a quivering hand that seems to not belong to her. She shoves the pills into her mouth and chugs the water.

You see what the world is like from the perspective of women like my mother and Kate and Ally and Elizabeth: a series of dehumanizing attacks that transform a woman, a human being, into nothing more but an object of lust and desires.

If you have been a victim of discrimination, harassment, sexual assault, or abuse, Brown University has developed comprehensive services and policies to provide support for students. A link to these resources can be found here.