Where do you consider home(s)?

We lived in Texas from 2007, and we stayed there until last year, so we’ve only been here for one year. I guess Rhode Island is home, but we’ve only been here for a year so it’s hard to say. I would not consider Sweden home, but it’s because I have family. Since I have children, I think that changes you. It makes you think that where your children are, that’s home. They’re American; they’re not Swedish. They don’t speak Swedish; they only speak English, so home is about that.

What do you teach? Why did you choose this field?

Where have you taught/worked in the past?

I taught at UT Austin in Texas and before that, in Sweden for two years.

What are some classes you teach?

I teach Introduction to Philosophy of Language and Nature of Fiction, which is also philosophy of language but focuses on empty names in Fiction.

I speak Swedish and English. I used to speak French but I don’t anymore. I used to understand Danish because I lived in the south of Sweden, when I went to graduate school, which is close to Copenhagen. I don’t know if I understand anymore. [If you speak Swedish,] understanding Norwegian and Danish is just a matter of being exposed to it. If you hear it a lot, you’ll understand it. 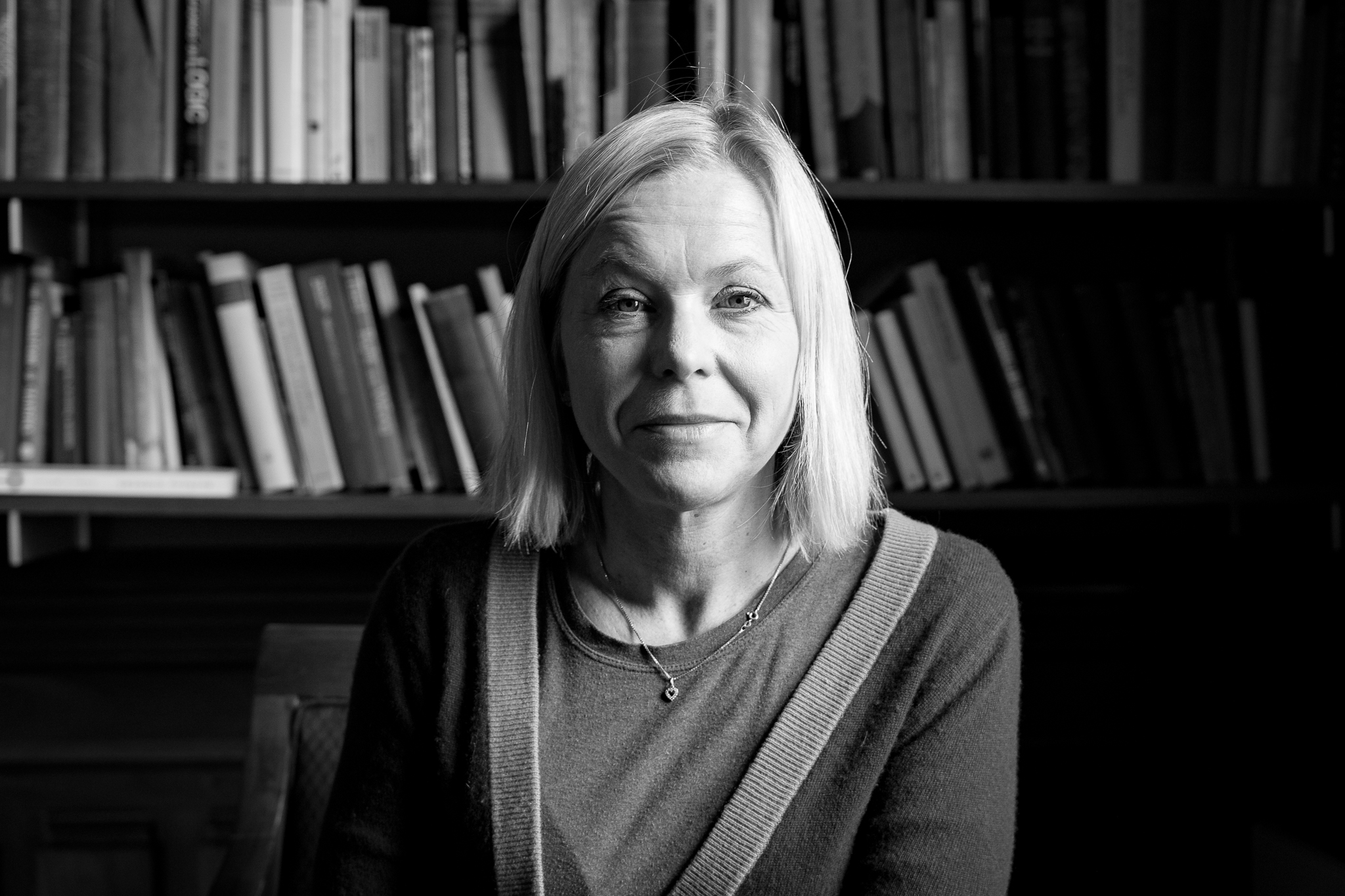 What are some of your interests outside of teaching?

What’s an Americanism you’ve picked up, if any?

Why did you decide to teach in the US and Brown?

My husband is American, so when we decided to get married and have children, I figured he would never move to Sweden, so that’s why we moved to the US. We met in New York when I was a graduate student. He was at UT for a long time, and then he got an offer from Brown, so we decided to move.

What do you find different about teaching in the US versus where you’ve taught before?

In Sweden they only have state schools, so that’s very different from a university like Brown. It’s more similar to UT, in that you get all kinds of students from different backgrounds, unlike at Brown.

At UT I taught ethics and logic, and students in Texas are a lot more religious, which becomes apparent when you teach ethics. No Swedish student would even have it cross their minds. But that might not apply to Brown at all.

Another difference, a sad difference is that you will never find students in Sweden who have been exposed to violence, like guns and things like that, never had roommates or family members shot and killed. That happened in Texas; I don’t know if happens here.

Also, at UT you would see students who had to miss class because they had to work because their parents didn’t have health insurance and they had those problems. That doesn’t happen in Sweden because it’s a welfare state in a different way. You don’t have that kind of poverty where students can’t go to class, can’t do what they’re supposed to do because they have to help their parents or they can’t pay for their living expenses.

Brown is so different from UT so it’s hard to compare, and I haven’t been here long enough. Also, when you teach philosophy of language students don’t really talk about things like that.

How do you define good teaching?

That’s difficult; if students seem like they’ve learned something, and you can tell that they can think about things independently and critically, and they can argue, and when you read papers you can see that they are able to structure their arguments and their thoughts clearly, I think that’s good.

There are different theories on what good teaching is and to what extent students should be involved. No one really likes the old fashioned way where you just lecture but I don’t really know if that’s bad… I took a class when I was an undergrad in France on the French novel, and there was this old professor who throughout the entire semester would just talk nonstop for one hour, and nobody said anything, and that’s the best class I’ve ever gone to. It was amazing.

The only way I can think about it is what are the goals of the class? For a philosophy class, the goal is to try to get the students to think about the topics critically and argue in the way you should argue as a philosopher.